Haven’t updated in a little while, but I thought it was worth a blog. Pregnancy is going surprisingly well. I was told awhile ago (while I was pre-planning) that I would absolutely have to use an insulin pump during my high-risk pregnancy. Unfortunately, there is a huge endocrinologist shortage where I’m from. Though I made my appointment at only 7 weeks pregnant, I was informed within that week that I would not be able to see an endocrinologist until the same week I am due. Don’t necessarily think that the Canadian medical system is flawless or free. There is a lot of convoluted hoop jumping to endure, and often for very little payout. The doctors are prone to diagnosing without even taking a look at you, and are fast to prescribe when that might not be the best solution. Often times, for common problems, a person is fine to see a doctor at a walk-in that they’ve never seen before, and still have to see their GP several times and get a few other opinions before they get any results. That’s a lot of lost hours in clinics waiting for answers to one question.

Anyway, I am on penfills at the moment. I took it upon myself to switch to Lantus and Humalog from Toronto and NPH insulin. I was on the short-acting before because the price is a lot lower and it was what I could afford. However, three days back on Lantus and I’m realizing what a serious mistake that was. I was having to take a lot of short-acting insulin to control my diabetes, and it wasn’t as rigidly controlled as I ever wanted it. Now that I’m back on the rapid-acting, not only is my blood sugar generally predictable, but it stays perfectly level during the day, and my average blood sugar dropped by 3mmol in the course of three days. Only negative side-effect is pretty common: Morning hypos. I keep waking up in the low threes or high twos. Pretty low before I wake up.

The baby is doing so great. I am officially 13 weeks and 1 day. I worried a lot at first, that I wouldn’t be able to keep my blood sugar low enough, that I was hurting my baby. It made food cravings (spicy food) and increased hunger (despite being full more often) stressful, because my blood sugar was almost always at post-meal levels. I have been told several times that it is okay as long as I can justify it with having eaten.

First ultrasound, was mid-afternoon, and the baby was asleep. Moved a little bit but mostly just floated around in there.

I had a secondary ultrasound at the hospital yesterday because I’ve been having some unexplained belly pain. Doctors say it’s just my uterus expanding, but I’m still worried. I had laparoscopic surgery about 5 years ago, and I’ve had pain near the scar on and off since then, but usually only every few months. Since entering my 2nd trimester, I’ve had it every day. It’s a ripping, pulling sensation deep in my bellybotton. It lasts for up to an hour. I can’t stand upright, I usually have to hunch over a little bit, and can’t bend side to side at all, or turn at the waist. It’s really quite painful.

2nd ultrasound was at 2am, and the baby was moving around quite a bit. It even rolled over. Every time I see it I think I’m going to cry. This is just such a miracle to me- I was so sure I could never or would never be able to have kids. Every time I see it, my breath is just taken away. I feel really optimistic. And it dawned on me yesterday that this diabetes thing keeps getting easier. I test probably at least a dozen times a day. I don’t feel burnt out. I don’t feel depressed the way I used to. I don’t feel burdened like I used to.

Could it be that I’ve finally come to terms- for real? Can I keep this up? Am I in control now?

One last mention: My dad sent me a box of Accu-Chek test strips in the mail. He bought them for the air miles. If you join Accu-Chek online, they will send you a coupon for a free Accu-Chek Aviva Nano meter in your email. The meters are only $4.99 at Wal-Mart anyway, but now they have an additional offer. The meter comes with 102 extra lancets, and if you send them your info and the serial number for your meter (request comes in an email) they’ll send you an additional box of lancets for free. Usually I don’t go crazy for lancets, but I have to say, I change lancets a lot- different brands and sizes. The Accu-Chek lancet that comes with this meter is the least painful, most effective lancet I have ever used. I have it on a 2 setting, barely feel it poke me, and it manages to come up with a decently sized blood sample every single time. And I’m not experiencing that finger bruising that I get with other lancets. I highly recommend! 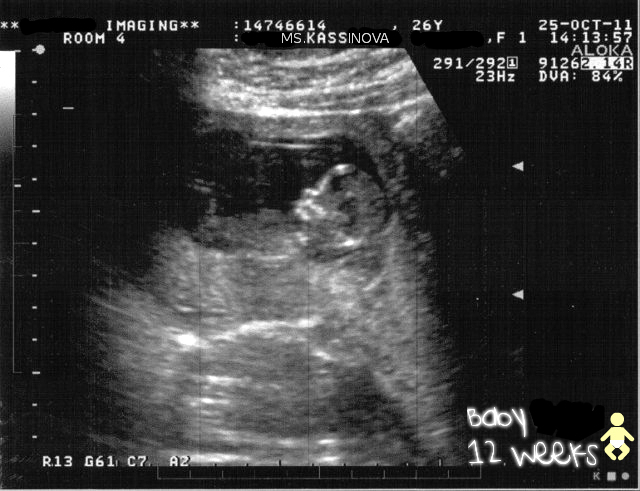 All good news. Great to see the photo of you baby!