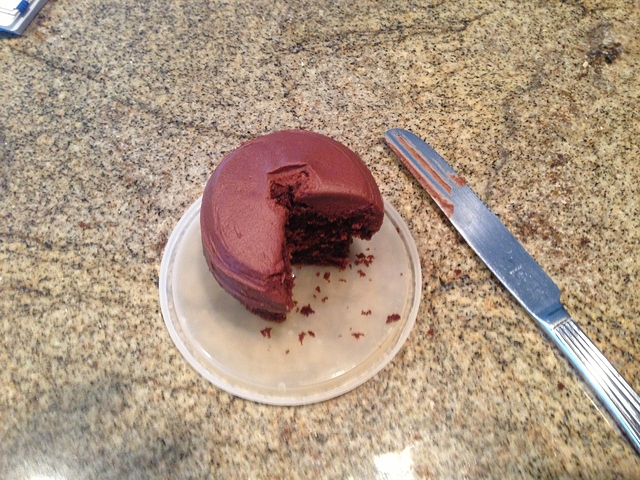 If that's all you ate out of that delicious looking cupcake then you're a stronger man than me!

That looks like about 20 units to me. I want some! LOL

There should have been a warning before opening!!! LOL

Umm, from the whole cupcake, or just the piece you cut out?

I was hoping there would be a recipe ;)

All I can say is 'Never waist a good low', You did well my friend

LOL, I'm definitely trying not to "waist" my low by eating the whole cupcake as I blew my leg up a couple of weeks ago and haven't run since 040613. I don't want to turn into the Sta-puf Marshmallow man again!

I hear you, but such will power I'm impressed

oooh! yes! i always thought it would be great to have different flavoured gums-mashed potato, pizza. people are always grossed out by it, but chocolate flavoured glucose tabs, yum! i like it!

Fantastic, AR! Glad to see you dusted off the old camera. We need to get these posted in the flatliner's group again :)

LOL, I ditched IE and switched to Firefox and *presto* everything works again!

I resisted for awhile but now I love Firefox: I love having the tabs I can switch back and forth to. Just means I spend even more time on here!

I need a teenager apparently. Lol