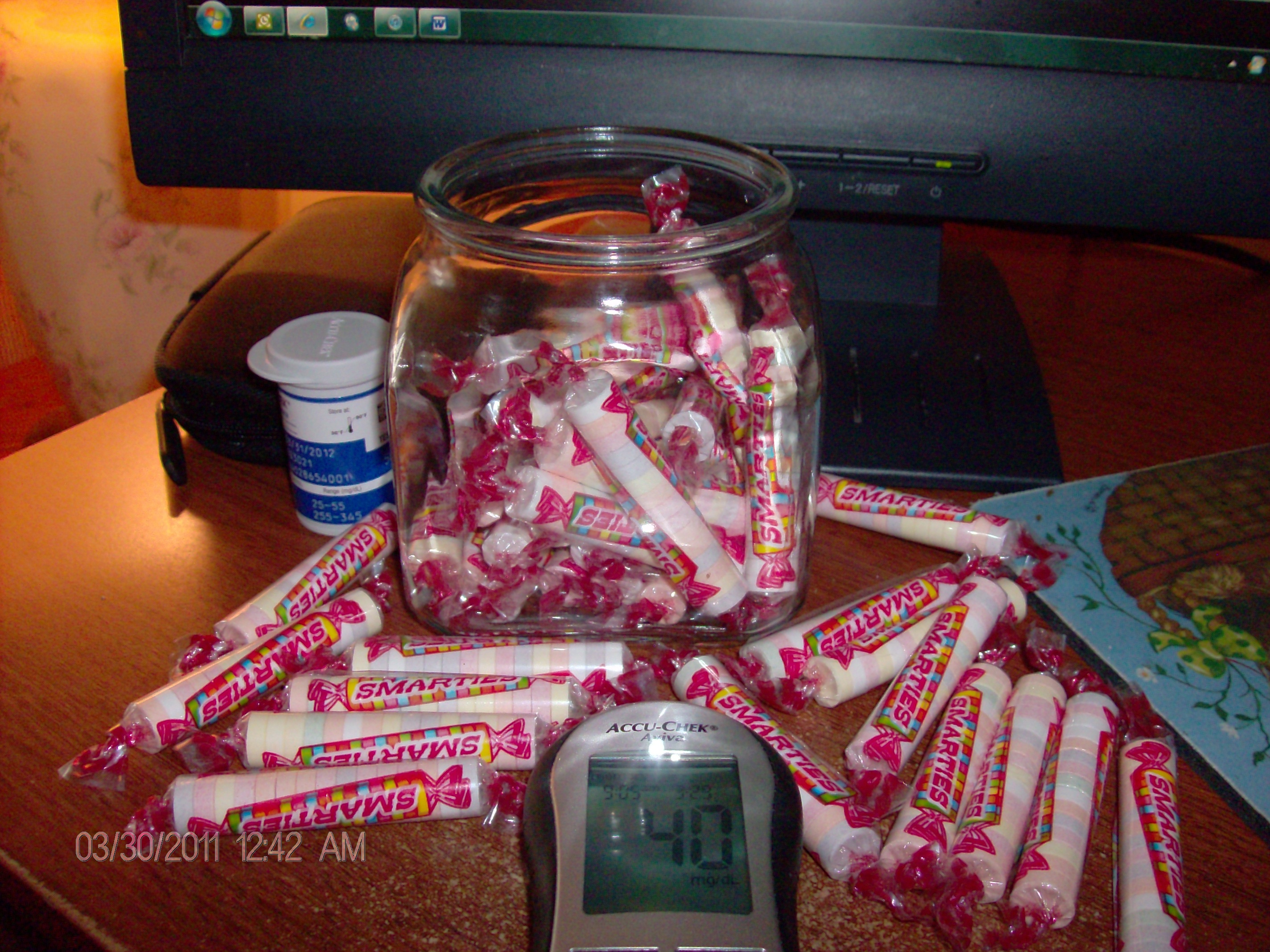 One day last week, Danny, founder of the Flatliners Group on TuDiabetes, mentioned he had an eat the refrigerator low. I had one of those yesterday.
.
I slept until my alarm went off at 7, which is not a good thing to do with DP. My BS was 163 per my meter and 162 per the Dexcom. I am using syringes and a vial of Apidra to use up the vial I had for my pump. I meant to take some extra insulin for the correction in addition to my bolus for my coffee. I drew back air to cover the correction, but when I pulled the syringe out of the vial, I realized I did not draw the insulin for the correction. I figured OK, no big deal. Mistake number one.
.
I always get up, take the dog out, make my coffee and then play coffee ball with the dog. After I drink my coffee, I always test my BS again before eating breakfast. After I finished my coffee, I went into the kitchen and my Dex beeped at me. I was in the 190s going up. I went back into the living room to test my BS – I was 200. That was at 8:18 and a little over an hour from when I first took the Apidra. I did not question the meter because it was close to the Dex reading. Mistake number two.
.
I have been having a problem with Apidra dying at day 10. The last vial only made it 8 days and yesterday was day 8. After going back to MDI last week, I also discovered that the box of Apidra pens that I got for a backup in January were not any good. The Apidra people were supposed to replace those. On Monday, my pharmacy still did not have the replacement box so I refilled my prescription. My mother was supposed to bring those yesterday morning when she picked me up for a doctor’s appointment I had in Pittsburgh. Since my BS shot up from 162 to 200 and I was on day 8 for the insulin and did not have my replacement insulin in my hands, I decided I needed to be a little aggressive with my correction. Mistake number three (third time is the charm, right!).
.
About 8:45, I felt pretty weird. The Dex had me in the 190s. This time, I decided maybe I should wash my hands before I tested – yeah, I did something right! Now my meter had me at 59. I knew I was in trouble so grabbed a bunch of Smarties – I actually had 8 rolls of Smarties. I did not take the picture until I ate the Smarties – by then, the Dex was starting to come down. Nothing like being over 100 points off! 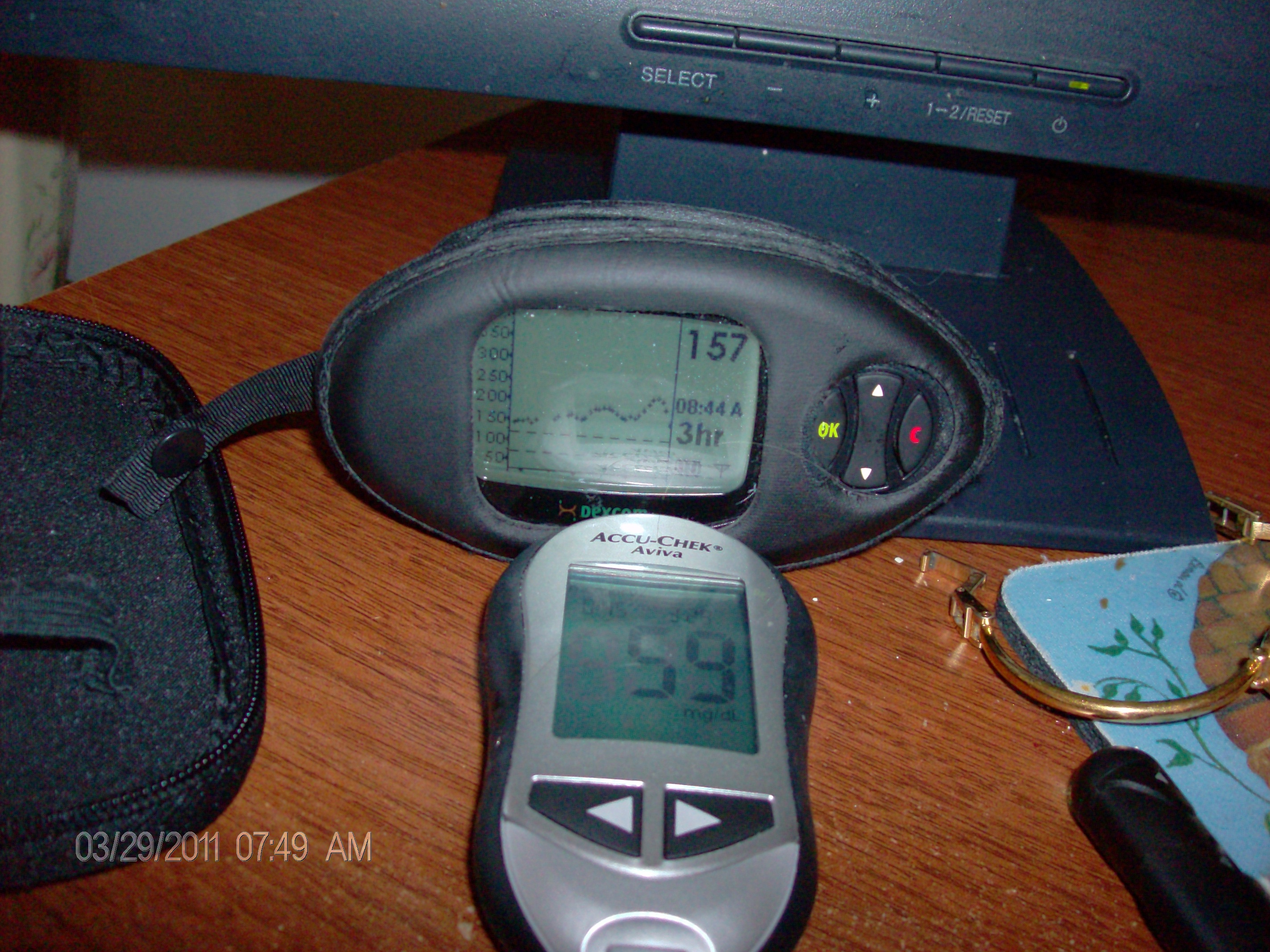 I waited and at 9:05, I was feeling pretty crappy. I tested again and was 40. Out come some more Smarties. The whole time, I am thinking my mother was picking me up at 10 and I still did not have my shower. I don’t have time for this! I did manage to get my shower and was ready when my mother pulled up. And don’t ask me if I washed behind my ears!
.
I was in the car when my BS started to skyrocket and did not have my camera with me to show the Dexcom over 200 with two straight up arrows, but this is what happened yesterday: 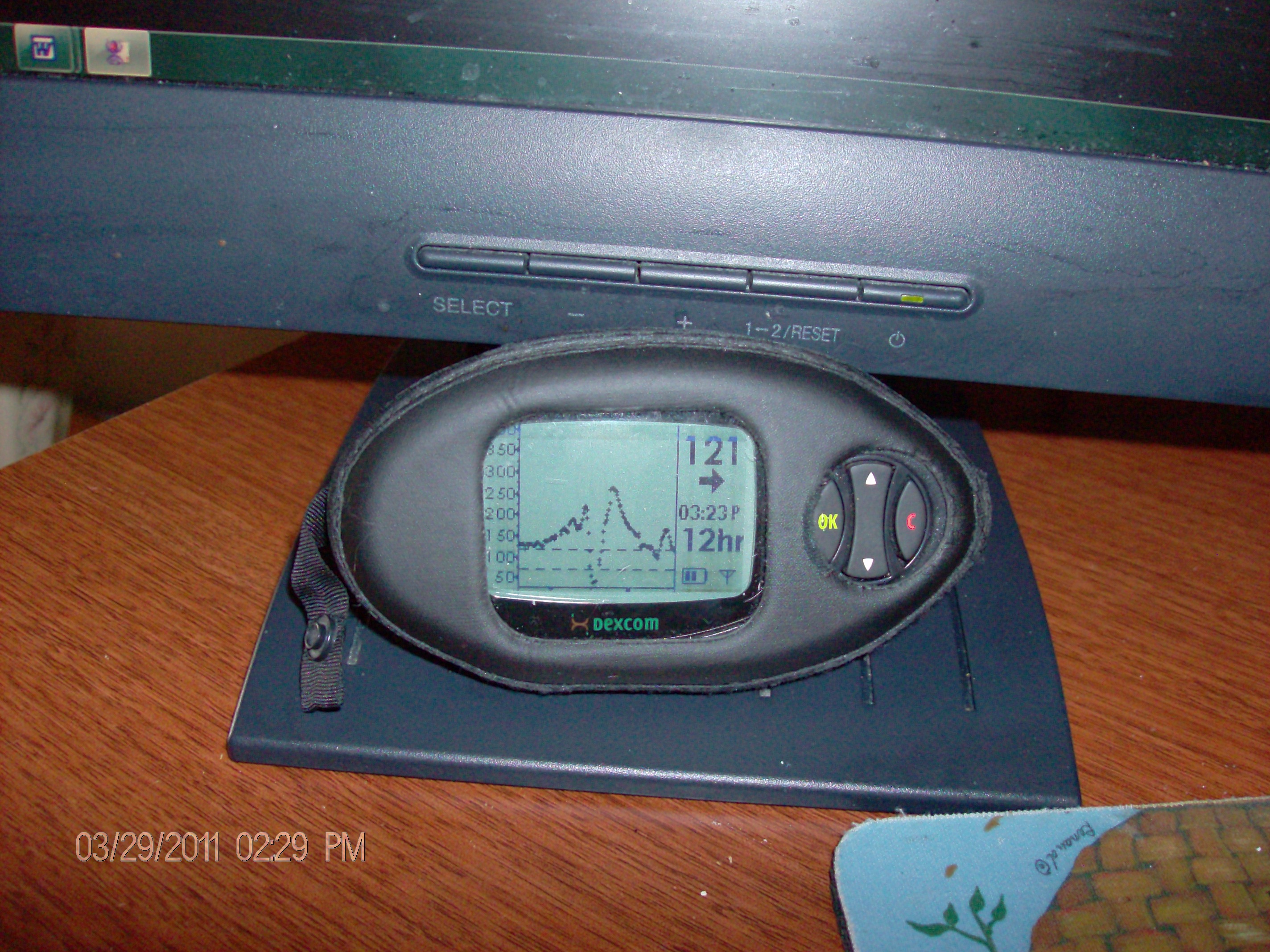 Crash & Climb!
.
LESSON LEARNED: Always wash your hands before taking insulin, even if your Dex and meter agree on your BS. Who would figure they would both be wrong!

I don’t do a CGM b/c of the reason’s you just mentioned + I don’t like haveing another thing hooked up to me (I pump) But I can totally relate to the “Eat the REfigorator Lows” I am hypounawear but my family catches me sometimes in my talking or walking when I start to fall and give me EVERYTHING in it to eat! Along with any sweet stuff laying around then I start the climing bs’s. DON’T MESS WITH ME WHEN I GO OVER 400 my husband learned that the hard way! I get totally ill!

Doris, although I have had a couple other instances of big differences between the Dex & my meter, I really think I have a bad sensor. I have now had 3 times that this thing has been over 100 points off.

You need to tell your family to put you on a diet and only give you diet-sized portions! I get crabby when I am over 400 also!

Thanks Danny! It is amazing what a little sugar on a finger can do!