Well, here’s a kind of unintentional experiment in CGM withdrawal. I’m switching to a Medtronic 670G pump the end of August, just got my Guardian 3 sensors, all set to go. But meanwhile I’ve been using a Dexcom and the transmitter battery shut down today. My quandary: I get 'em in twos and I have a fresh one, unused. But it seems a helluva waste to just use it for two weeks before switching over. And I have plenty of Dexcom sensors, so if I just hold onto it I’ve got a back-up system if I ever need it (see: T1 Zombie Apocalypse Syndrome). But today is my first day “flying blind” and I do not like it. I know I was just fine doing this before I ever started using a CGM but that really doesn’t make me feel any better. For one thing, finger sticks are all very well but they don’t provide any clue of where I’m trending. Which makes pre-bolusing difficult. And then there’s bike-riding, where I really really rely on it. I see a whole LOT of finger poking in my near future.

Know the feeling well – I don’t even like flying blind during the 2-hour warm-up!

Oh my, I thought I was the only one having nightmares with a zombie Apocalypse…in which case I´m ready…(or maybe not, hopefully apocalypse wont last more than a year of supplies)…yes, finger poking frequently might give you some peace of mind. I totally understand the feeling.

But meanwhile I’ve been using a Dexcom and the transmitter battery shut down today. My quandary: I get 'em in twos and I have a fresh one, unused. But it seems a helluva waste to just use it for two weeks before switching over.

You could load xdrip on your phone and get another 45 days from your transmitter. xdrip doesn’t have the hard shut down that dexcom has.

I’m supposed to get the 670G the end of October. I have enough Dexcom supplies to make it to the end of September or beginning of October depending on how many days I get out of the sensors. Transmitter should last until second week of October. So I am dreading exactly what you are going through. Keep us updated.

Hadn’t thought of that. Does it work with Mac/iPhone?

Shoot, I’m not aware of xdrip working on iPhone.

Actually I think it does. Check this out: 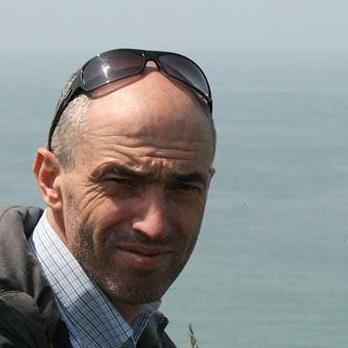 Well hm. Got the app installed and all seems well, except it won’t connect with my transmitter. I’ve definitely closed out of my official Dexcom apps & shut down the receiver, and all goes well until I get the pairing message. I hit the accept, but it behaves a little oddly and while my Bluetooth prefs show DexcomY7 in the list, it shows as Not Connected.

Haven’t quite given up yet, but it may be that what I’m trying to do–reconnect to a transmitter that has already hit “No more sessions”–just isn’t possible. I was hoping this state was only registered on the app/receiver side, so that I might be able to “reawaken” the transmitter by connecting from a different app and thereby make use of whatever juice it has left. Of course it could be it just doesn’t have any juice left. Or possibly the e-o-l state is registered on the transmitter side, not (or not just) in the app. Or maybe closing out the Dexcom apps isn’t sufficient and I have to uninstall them.

I know on android when setting up xdrip it takes about 20 minutes to establish the Bluetooth connection. The resolution given is to wait.

I agree you probably want to uninstall your Dexcom app.

Only other thing I can think of is the apple version of xdrip just isn’t ready for primetime. I have definitely used xdrip after the Dexcom shut down (Apox 45 days).

OK, I take it all back. I emailed Johan and between his explanation of some peculiarities and me having some patience, I got it working. I’m no longer flying blind.

If anyone else wants to try xdrip with iOS, here are some tips on things I found kind of confusing:

Pairing. When you get the Bluetooth pairing request, the interval for accepting it is very short, like a second, and even though you are connected, that status doesn’t seem to be reflected in the phone’s Bluetooth preferences. Mine shows as disconnected even though it’s working. This all had me convinced that pairing wasn’t working, when in fact it WAS. The thing that might have resolved this for me, had I but known, was…

New Sensor Calibration. Ok, this is really different. When you start a new sensor session, you can set your own start time to whatever you want. Johann seemed to expect you’d set it 2 hours earlier than present, which would cause it to ask for the initial calibration right away. I think I normally wouldn’t do this, because I assume the sensor really does need that acclimation period, but in the my case I’d actually had the sensor in for 4-5 hours while I was futzing around. If I’d realized I could set it to the earlier time it would have saved me some head scratching. Second calibration was also a little confusing, as it doesn’t come up right away the way it does with the native Dexcom apps; there was a delay of several minutes.

Installation. The whole thing might be a little off-putting to non-technical people but if you follow the instructions it’s really not hard. There are the usual open-source-ish infelicities but really as that kind of thing goes I’ve encountered FAR worse. And there are some really great things as well–much more flexibility about alerts and other behaviors that are normally black-boxed in the official apps. I’m certainly glad this exists–very grateful to @jim26 for suggesting it, and Johan for creating it.

Glad you got it to work!!

That’s amazing! I’m so excited for you!! Thanks for sharing the tips. I’m going to look into this! I’ve always wanted to try xdrip but am iOS.

I am almost sure I’ve read something like Ios Xdrip Reader somewhere in Github is that it? @DrBB

Sorry, there is my answer LOL

Hi Jim,
Pardon my ignorance, but this app you mention will extend the battery life of the transmitter. Do you know where I could go to get a description of how that would work? Thank you!

Google xdrip. It doesn’t extend the battery life of the transmitter, it just doesn’t have the hard shutdown date that Dexcom has.

Might want to “kill” or terminate the Dexcom app if it’s still running (Settings, Apps, find Dexcom and terminate). Restarting phone might also start it back up – when it’s installed it’s configured to start on Android OS starting up.

Thanks @Eric30. Good advice: quitting out of the Dexcom apps is required for both Android and IOS, which I had done (I’m using the IOS version). The problems I was having were essentially down to the fact that it wasn’t giving me the signals I expected that would indicate it was in fact connected–which fortunately it was. That may be less of a problem under Android.

Like @Jim26 says, it doesn’t do anything to the battery itself; it just lets you use the battery life that still exists when the software says “No more.” Nice thing is that it actually gives you the hard data on what the battery is putting out and you can set the point at which you want it to warn you it’s getting low. Right now I’m about two weeks past the official shutdown and it’s still at normal A/B voltage and resistance.