How long can a type 1 go without insulin

Why do you think pumpers keep ketone strips? Because if their pump is not working or they have a bad set in, their BS shoots up and they start burning ketones. Ask how many pumpers ended up in the ER after a pump failure. That is why it is also important for pumpers to test regularly – if you are on Lantus or Levemir, you at least have insulin going in, even if it is not the right amount. I know my BS shoots up fast without insulin. I can’t imagine that I would live very many days without it.

Even if it’s just 1 or 2 units, if I skip my basal (not even purposely, a heavy delay is enough) my bg goes up withing a few hours. Significantly. It stays where it is or even gets lower WITH those 1-2U.

How long a person is able to live without insulin (or without going into DKA) depends very much on their insulin sensitivity and if thy are honeymooning or not.

So, @ Johnny, please don’t stop taking your insulin! No wild experimenting - you do need it, and you might notice that too late. What you’ll have to understand: With diabetes, you won’t immediately pass out if you’re lacking insulin but that doesn’t mean everything’s alright.

It depends on a lot of things, and one of them is how much insulin you’re still making. If you were diagnosed only six weeks ago, you could probably live longer without insulin than you would be, five years down the road.
A famous type 1 who decided not to take insulin after diagnosis is Ron Santo… diagnosed at 18 and put on insulin, he decided after a month that he didn’t want to be diabetic and stopped taking insulin. It took two years for it to catch up with him.

I’ll have been diagnosed five years on Thursday. Now, if I miss my evening Lantus shot, by the next morning my blood sugar is 400, I have large ketones, and I’m vomiting. I really doubt I’d be conscious after a couple of days with no insulin.
Four years ago, if I missed a Lantus shot, I’d have woken up with blood sugar around 300, no ketones, feeling a little bit dehydrated. I bet I could have lasted weeks without insulin, although it wouldn’t have been fun.

Some of the first people to go on insulin had been alive with diagnosed, type 1 diabetes, usually on starvation diets, for many years. But that was only possible because they were in the honeymoon period. Pumpers whose pumps disconnect or break can go into DKA overnight.

Don’t go this way–take the insulin. It is better that the alternatives.

Simple answer, w/o insulin you can go until you die. Quite a simple answer. There are several stages in getting to the point that you have no insulin.

At first, you wouldn’t have noticed much. Maybe a stronger urge to pee a little more often as your body was trying to rid itself of the excess glucose in the blood. Maybe a little weight loss because your body couldn’t process the foods you were feeding it any longer. Believe me, the long-term complications are terrible. They take a long time to happen with extended bouts of excessively high glucose levels.

As you started to take insulin, your base level glucose levels were dropping back down to where a “normal” person’s glucose stabilizes. I assume your doctors had you slowly increase your basal insulin needs to allow your body time to adjust to the changes. After adjusting to the “new” normal glucose levels, if you go up to 250, you suddenly feel out of sorts whereas before taking insulin, you were fine at 300 or higher. It’s because now that you’ve re-adjusted your base glucose to where it is supposed to be, not taking insulin will result in a dramatic and sudden higher glucose level.

This means that while you were probably over 600 glucose when you were first diagnosed (I was at glucose level of 1200 when diagnosed in Dka) your body cannot tolerate that kind of abuse any longer because this time when your blood sugar skyrockets, it’s over a shorter space of time than when you were diagnosed. Because this time, your pancreas isn’t working at all and isn’t supplementing your injections with what little insulin it was producing beforehand.

I’ve been in 6 bouts of ketoacidosis that I can remember. I’ve been Type 1 for 13 years now. The last time I was in Dka, I only got as high as 350 before I admitted myself to the ER for treatment… which lasted for 3 days in Intensive Care Unit.

Some days I spike to 300 accidentally after mis-judging something I ate or after accidentally forgetting to take my basal at the right time. But when it spiked, it was usually after I had other insulin injections on board in my bloodstream that were already at work trying to bring the glucose levels down.

Me, I wouldn’t last two days without any insulin in my blood. Even if I didn’t eat / drink anything but water. It’s just the way I’m wired, I guess. I once tried it during my teenage years when I was testing the limits. Not a good idea. I went 2 days without eating /drinking anything but water- no insulin injecting, and I DKa’d again. I don’t know why that time was different than the month I spent during my 17th birthday when I didnt take any insulin the whole month. Maybe it was because I was on summer break from school that month and wasn’t under any immediate stress. I’m not sure.

But nowadays, I wouldn’t last more than 2 days without suffering serious complications such as DKa… or death.

4 Hours (thats as long as the “rapid” or “quickest” insulin lasts) and then it starts… If youre type 1 and produce NO insulin ie. past honeymoon period you WILL die without insulin. You have to understand that technically a type 1 diabetic is on purely borrowed time. If it wasn’t for modern medicine and insulin EVERY type 1 diabetic would die period. You Can’t live without it believe me I have been down the road and you don’t want to go there. Just stick with the chats forums for your issues I guarantee someone has felt the same way you have here.

It is interesting to note that there are so many different answers on this forum. I read a quote once that applies : “Type 1 Diabetes is a unique experiment of one.” How your disease manifests is largely unique to YOU. I have had T1 for 23 years now. It challenges me every single day but I have grown to be quite a resilient creature. You will become resilient too.

Personally, it takes about 15 minutes without insulin for my meter to show that my BG is raising. As I understand it, the readings that BG meters give us are on average 20 to 40 mg/dl behind the “true” number of what is happening in our bodies/brains. Lag time is an inaccurate business, depending on your body and environmental factors. From my experience, without insulin, I would clinically be fully in DKA within 3hrs. Because of this I try to carry lots of extra supplies to out maneuver the unexpected.

Haven’t given it a thought I always keep my insulin within a couple feet of me and have seen what mismanagement can do first hand to family members. I have just cleared a year since DX and have my A1c in the 5s. I enjoy life to much to not take my insulin.

Hi. My son is type one diabetic. He has gone 7 months with no insulin because he can't afford to pay $400.00 per month and has no drug coverage. He was just in the hospital a few days ago because he fainted at work and was off the whole week because he was in ICU for the week. The doctor told him if left untreated he would die in about 5 months.

I'm trying my darnest to get him coverage or some type of help for him. He should go on disability if he could get it because then his drugs would be covered. He thinks he can't get disability for diabetes though. He's legs are being affected because of high blood sugar and doctor told him he will be in a wheelchair in 2 years. That's if he lives that long.

The doctor gave him insulin for a couple of days but after that he's back to square one again. Problems with diabetes and no drug coverage.

I went 2 months without it and boy was that a mistake (I didnt have ins in the state I lived in at the time and couldn't afford it) and my sugar level was at 500 when I moved back home and my A1C was @ 14%....and there are many factors that will hit you if you dont stay on top of checking your levels and doing insulin

On my 37th anniversary, we took a road trip, which included an outlet stop (And a very wonderful B&B.) The whole trip, my readings were going up and up and up and I was correcting like a lunatic...

I went to try on a pair of pants and my pump connection....well it was NOT connected. In 3.5 hours without insulin, I had gone from 95 to 435. My doc says you BG goes up 50 points per hour--without insulin or food.

Hi aribeth. Recently there was a discussion on the Forum concerning needing D supplies: https://forum.tudiabetes.org/topics/help-10. I think you would find the comments helpful, including the ones suggesting the following: www.needymeds.org. Good luck.

I am 31 years old. I was diagnosed with Type 1.5 diabetes when I was 18. The longest I went without any insulin was 11 days. I ended up in the er with DKA and almost killed myself. I was severely depressed and was in denial about my diagnosis. I do not recommend it. The pain I put my family through is something I never want to happen again. And if I wouldn’t have survived, I wouldn’t have my precious daughter, nor would I be able to adopt my niece.

You will get very sick, very quickly. It will take hours to get the numbers back in line, so you might be stuck that way. Be careful if you are at work or something. If I had to guess, I’d say you would start feeling bad within 4 hours and possibly be lying on the floor, vomiting and unable to move within 8 hours. Once I get to that point, I wish I was dead. I, personally, would avoid that if I were you. Its worse than you think. Its worse than the flu. You might have to go to the hospital if you aren’t careful. 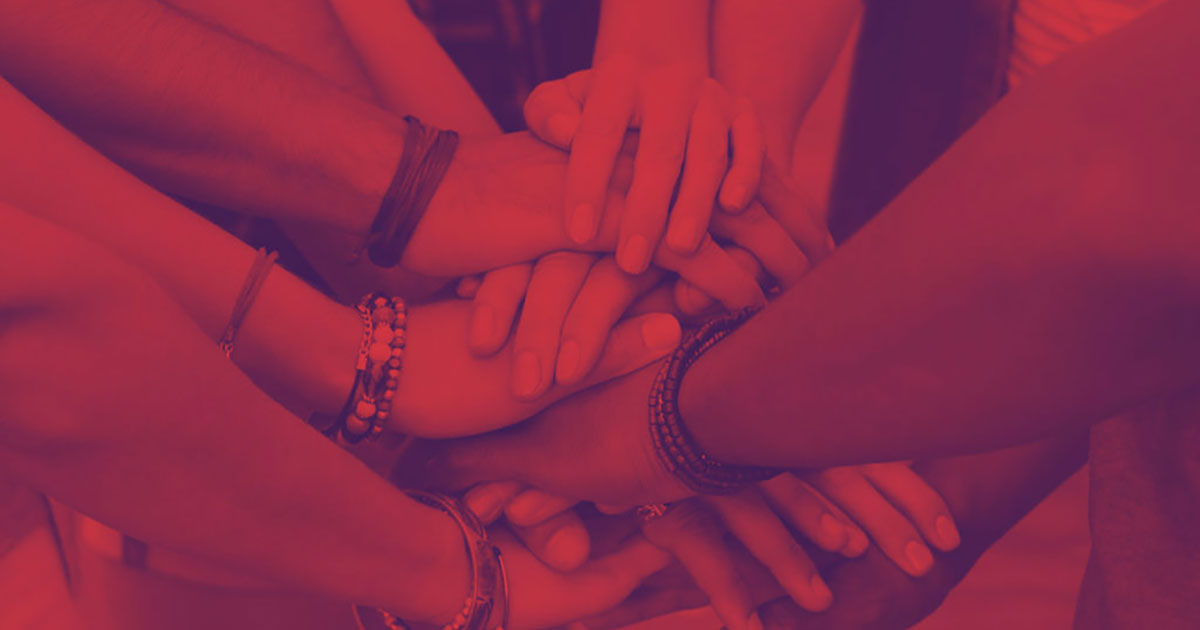 If you or someone you love is struggling to access insulin in the United States, go to GetInsulin.org #GetInsulin