On February tenth I started a little journey that I had been wanting to do for a long time but hadn't the means until now. I saw an endocrinologist (actually it was the endo's diabetes educator I saw) for the first time in, geez, almost eight years I guess. I thought it would take a while to get the OK to get a CGM (continuous glucose monitor) but instead my new doctor was as eager to get me on one as I was to get one. I left that first appointment so satisfied and excited for the future.

The process to get a CGM started with the discussion with my diabetes educator. I did not leave the office that day without first filling out the initial paper work needed to get the CGM ball rolling. I waited until February 23rd to hear from the Dexcom (company that makes the CGM I was to get) rep. When I hadn't heard anything I reached out to her through e-mail. She got back to me that same day and let me know she was just waiting on my insurance to get back to her with my benefits information.

I waited a bit longer. I was worried my insurance would deny coverage for a CGM, or not cover it enough for me to afford it. On February 25th the rep contacted me once again with the most wonderful news. My insurance covered the CGM 100%! I provided the rep with a bit more information and she took care of shipping the CGM to my house.

On March 1st my Dexcom G4 Platinum shipped, and on March 4th it arrived at my house. It's wonderful that it shipped from southern California, I only had to wait four days for it to reach me in central California.

I sat there on my couch going through my new loot:

12 sensors (3 month supply). These things scared me at first, they were contraptions I had not expected to see. The sheer size of them is what mostly worried me. But after years of life spent in the doctor's office, hospitals, procedure rooms, etc., I was sure this wasn't as scary as it looked. 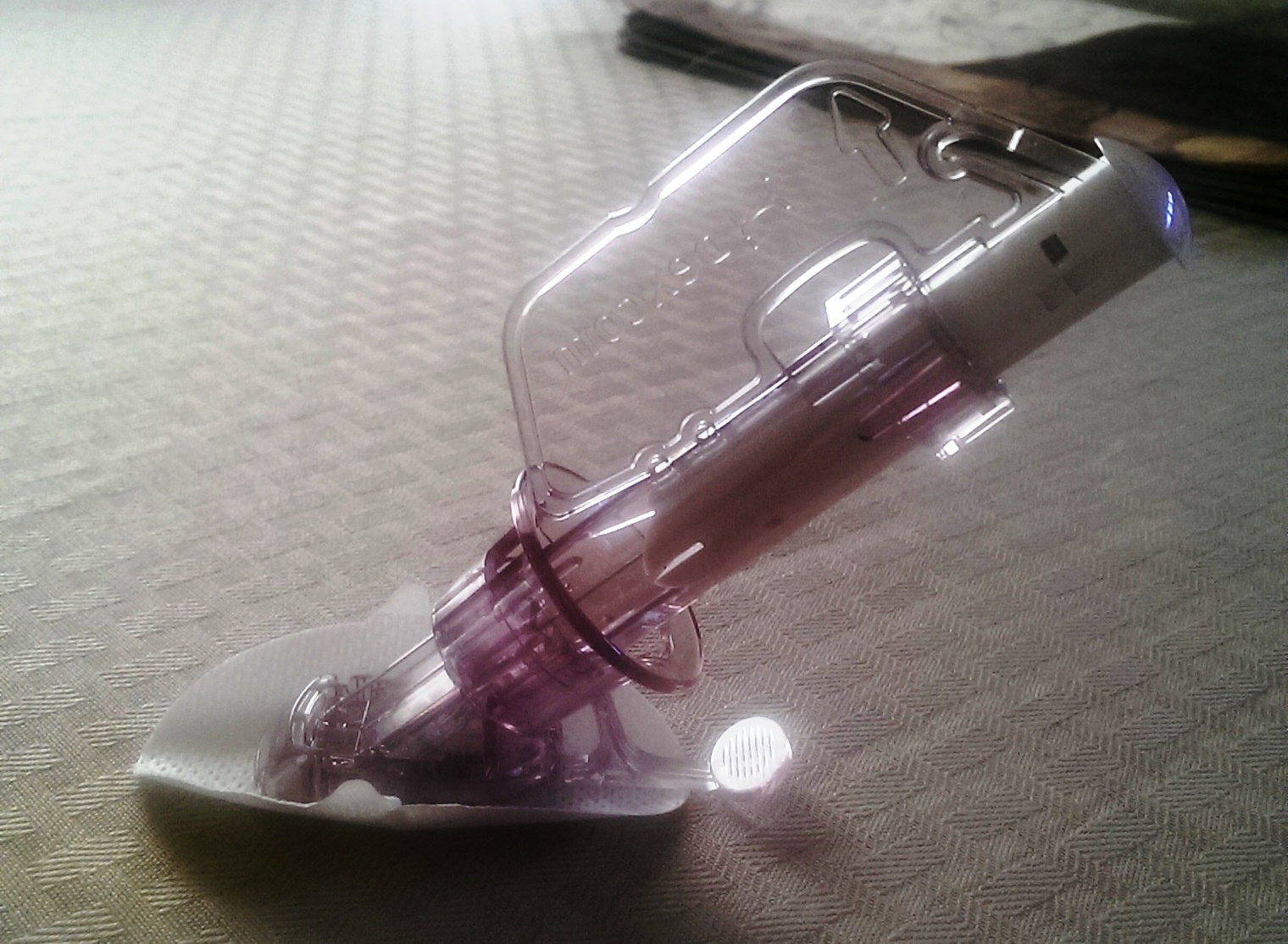 One transmitter. This was exactly what I was expecting it to be. I almost blew it by just jumping in a trying to remove it from it’s cradle. I didn’t bother to read the nice huge warning on the box that said not to touch it until I was ready to get started. Good thing I had trouble getting it out… 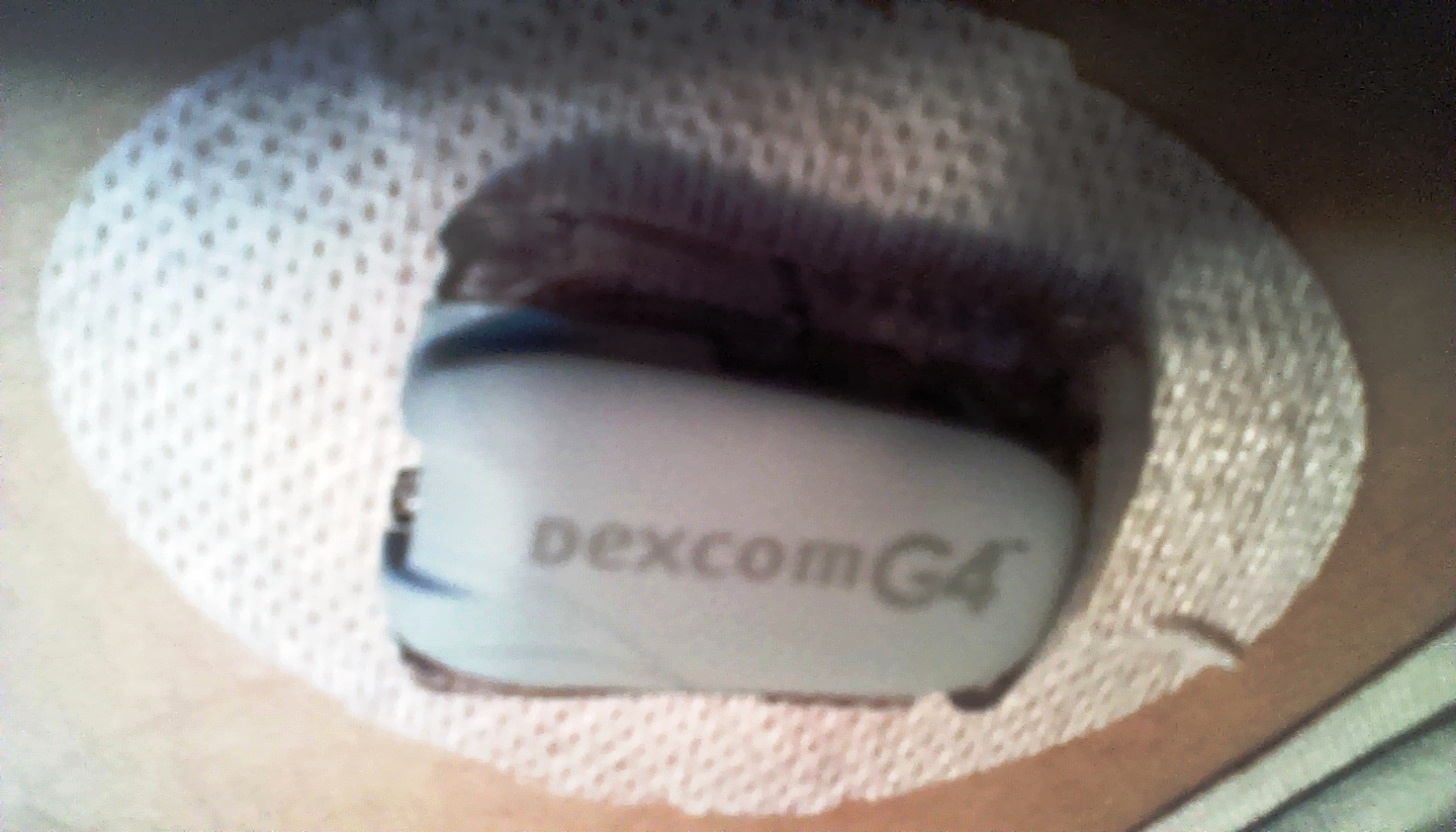 One receiver. This also looked exactly like I expected it to. 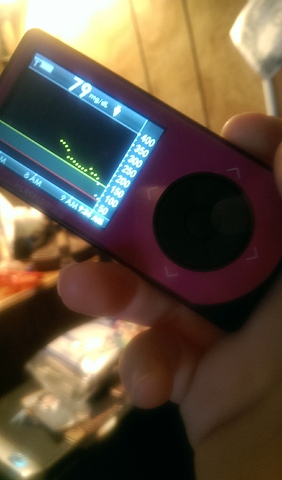 One charger. This was a wall plug-in and also a USB.

One belt clip and case. Standard, not too trendy looking. Maybe I can find a cool one online?

One user manual and one CD tutorial. Very useful stuff here. I was eager to get started.

Yes, I was very eager to get started, but I was also a bit nervous. I’ve been wanting this for so long. But now that I had it in my hands, sheesh, I was worried about screwing up my first insertion.

What if I end up with a sensor floating around inside my body? Just traveling along to my heart and, poof, I’m dead. I knew better. That wasn’t going to happen, but you know how it is doing something new for the first time, all by yourself.

What if the sensor breaks off?

What if the transmitter doesn’t communicate with the sensor? Or the receiver?

What if there’s something wrong with the receiver?

I started the tutorial and took the evening to learn everything. When I was ready I started the step by step process.

It was so much easier than expected. I knew it would eventually be easy but had thought my first time would be more difficult. I only had one problem. I snapped off the transmitter latch by accident before installing the transmitter. I thought for a minute that I had screwed up bad and was going to have to start all over.

But then I just thought I’d try to install the transmitter without the latch and see how far I got. It worked, I just pressed hard and it snapped into place. 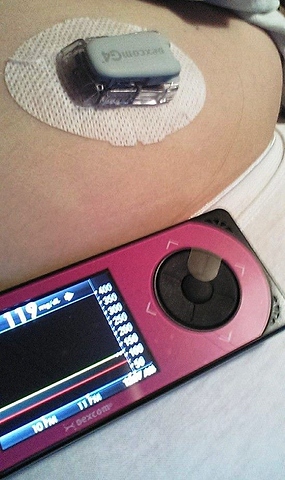 OK, the hard part is over, now I just have to calibrate the machine and I’m all started.

It was midnight when the setup portion got to the calibration prompt. I checked my blood sugar with my normal ol’ typical glucose monitor and then entered the number into my CGM. I then repeated this task a second time.

All done. Time for bed.

I was exhausted from a long and eventful day but I still couldn’t fall asleep right away. I was still so happy about finally having a CGM! This is going to help so much! I am going to be able to see how my blood sugars trend, how my insulin, food, life, everything is affecting my blood sugar in real time…not just in little blips every few hours. I’m going to be able to sleep at night with much less worry about having a hypoglycemic episode while I slumber.

No more worry about “will I wake up in the morning?”…well, at least not nearly as much worry about it since my CGM is set to loudly warn me when my blood sugar falls below 70.

I finally fell asleep. An hour later I was awakened by my CGM. My blood sugar was below 70. I waited a bit, I didn’t feel low. A bit later I got another warning, 65.

Really? I don’t feel low at all. I got up and grabbed my glucose tablets and popped one. Didn’t even bother to finger stick check my blood sugar first like the Dexcom training had just instructed me to always do before treating a high or low. Don’t just take your CGM reading at face value. It’s not meant for that.

I went back to sleep and was woken up by my CGM at 4 A.M. once more. This time I knew something was wrong because I felt absolutely fine but the CGM said I was at 52.

I went back to bed.

I don’t recall how much longer it was before the CGM alerted me again. I ignored it.

I woke up at 8 A.M. and despite the night’s fiasco I was still so very happy to have my CGM and eager to see how much it would help me to fix my control issues. I checked the CGM to see what it had tried to alert me to just a couple of hours earlier. It wanted to be re-calibrated, again.

I checked my blood sugar, 179. I entered the number into the CGM. All calibrated, again.

Now it alerted me to a high blood sugar. I was above my 140 setting.

This is going to take some getting used to.

I expected a period of time like this. A time to work out all the bugs, to get used to properly using the system, etc… I’ll get there.

Despite the scare with insertion, and the rocky night, I am loving my CGM. I can just push a button and see a graph of my days blood sugars, where my current blood sugar is trending. It lets me know when I’m getting low or high so I can take action before it gets dangerous. I can’t wait to learn all the other wonderful things I can use this CGM for!

I will be writing future posts on my life with a CGM. 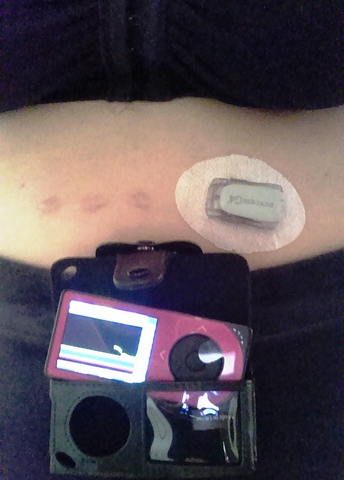 congrats!
so happy for you

Congrats! Sorry it kept you up all night, mine woke me up the day before yesterday with a true low bg alarm which is a rare thing for me, usually I'm 20 points higher than it thinks. Most of the time I sleep through them so I think the bg effects woke me up fortunately.

I have had my Dexcom for 5 days now. Nothing but great things to say about it so far! I have only seen a 5 to 10 diffrence from my finger stick. At the same time, I can do a finger stick and wait 30 to 60 seconds do another finger stick and they come back 2 to 8 mg. I should have gotten one a few years back. I just couldn’t get past having a (I am a diabetic) reminder on me 24/7… Took me getting into my late 30’s to get past that. Lol