While I don’t use or know what the business model for instacart and the other grocery delivery services is, I know more about and am deeply troubled by the GrubHub and DoorDash restaurant delivery services. The quick summary is that they charge the restaurant 30% and 20%, respectively, for all of the food that they pick up for you. So, a small, independent restaurant loses money on every one of these orders!

One of my go-to restaurants in Santa Fe, NM named Vinaigrette is owned by a woman named Erin Wall. Erin has written convincingly about how GrubHub and their ilk are killing, not helping, small restaurants: 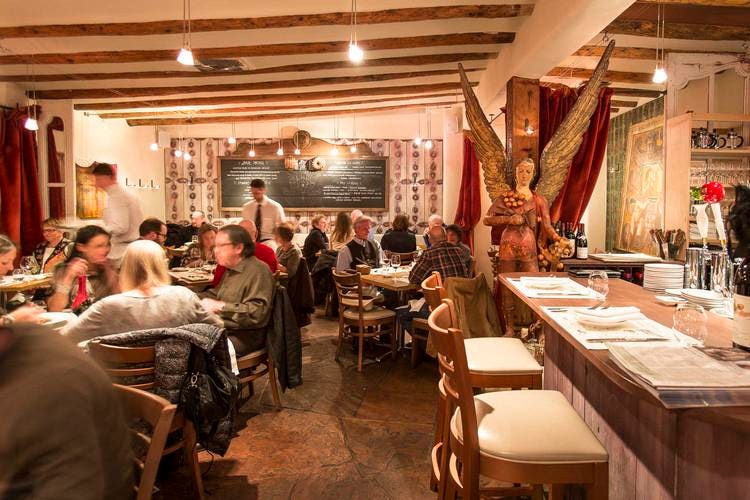 As restaurants struggle to stay afloat during the coronavirus pandemic, the delivery app is being widely criticized for charging them outrageous fees.

Last I knew, GH and DD had not lowered their rates during the pandemic.

I have found zero-contact pickup at some of my favorite restaurants to be VERY safe. And I’m lucky enough to be able to tip generously …

I have also purchased a gift card at each of my rotation of 7 local restaurants … they need the cash now and then I will enjoy “free” meals when we are closer to post-pandemic.

In NM, at least, restaurants can only do takeout service until test positivity falls below 5% or new daily case load falls under 8 per 100,000 residents for a period of 14 days.

Stay safe out there!

I thought that restaurants were recession proof until this disaster because they just never got hit during the last downturns. Live and learn.

Do you think everyone gets evicted in January? A lot of people are very concerned about this. Things were OK until now because you could move into a tent in somebody’s yard if you had to, but those days are over now that its cold. Some people say that 10% of people could be evicted during the coming cold months.

Households have been consolidating here. Lots of people in their 30’s and 40’s are moving in with friends from high school and creating multifamily households temporarily to decrease risk. Lots of people have moved home with family. Very few 20 year olds were able to afford rent prior to covid, so I think they were in a fairly good position walking into covid. But, lots of them live with TONS of roommates, and covid has been sweeping through them.

Walmart has had trouble finding people since that brief three month bull market prior to covid. It was strange. It was like, within days of the economic upturn, all workers left walmart and they couldn’t get anyone to work. Everyone found better jobs. Maybe they are making things a bit more attractive, now.

Similar to the takeover by Amazon, its market dominance given a pass because it is good for consumers, there are Uber-like companies that work as the intermediary extracting fees. Like Amazon, they can destroy many companies, and for some like Uber and Lyft, drive down wages even further. Although Uber and Lyft are a godsend for some - people in outer boroughs or those underserved - they seem to harm the environment (air-quality) and increase congestion, in addition to driving down wages.

I’ve definitely made the $2.31 per hour before. But, I don’t think that was legal according to State law. In the end, it doesn’t matter because the majority of your income is tips. Your salary is inconsequential, be it $2 or $15. But, that was a new, very poorly run country club that didn’t last very long. They were not in biz more than 3-6 months and I didn’t stay more than 2 weeks. They had a famous chef on the books who was an investor. But, I never saw that guy and the food kept getting sent back because they had some teenager cooking. It was very scammy.

They also expected tip pooling, which is a warning sign. If a restaurant can’t afford to pay their kitchen staff, that’s a sign of immanent death. Tip pooling is illegal in MN. They wanted us to tip pool with all the kitchen staff and the bartenders. I was only making $2 an hour (no tips), so I ‘tip’ shared them out of wages - $0.30 an hour, split three ways, which was obnoxious. But, thats what they were pulling in. I was actually paying to work there, the food and service was sooooo bad. That’s why you avoid new places. New places are very high risk. Even though it was a fancy place, I would have made more at any long standing strip mall joint - like a Chinese restaurant or a local bar. The customers were also acenine (spelling?) and I think that there were very few legitimate customers - most of them were friends of the owner (who never showed up) or investors in the scam.

Restaurants aren’t run like that. You want to be careful because I think that sometimes rich people start businesses as tax write offs.

It was fun to watch - like watching a plane crash. They lost huge money, but I think it was other people’s $ they lost (because of their use of the word ‘investors’ - that odd). Owners never showed up. That’s highly unusual. Most restaurant owners work 24/7. I was getting sexually harassed by customers (which is VERY unusual). But, I found it amusing. I like doing standup comedy when I wait tables. Some guys seemed to be very wealthy and very drunk and were forcing their employees to have dinner with them. They were quite abusive to their dinner mates…and to me. But, I was able to get their entire staff to laugh at them (which was difficult and those guys prob got fired). But, I was only making $2 an hour and after two weeks, the owner actually showed up and fired me for that. It was worth every penny I spent to work there. I learned things. It was fun. I like doing dishes. So, sometimes I just did that when I couldn’t bare to watch what was going down in the front of the house.

We have been married for 43 years. Every time I go home and my key fits I am amazed.

Thank you, @Rphil2, you make me smile broadly and laugh out loud!

Thank you, @Rphil2, you make me smile broadly and laugh out loud!

OH! COME ON NOW !, let’s not encourage him

We have been married for 43 years

Must be an amazing woman!

I have a question about restaurant tips. Does it make a difference whether you tip with cash or with credit/debit.

We had a local restaurant ask to tip their staff in cash. The credit card company takes their money from the charged amount.

@taitaitai We’ve had that happen too. Not all restaurants but a few of them won’t add the tip to the bill and we found some won’t permit the tip to be included with a gift card payment. We now ask before assuming.

She says she feels responsible. After all she did rob the cradle i was a mere child when she took me from my mommy!!!

He/She was only Sixteen

Wow, The song brings back some great memories.

Wow, The song brings back some great memories.

About the song or a girl?

The song but also my first love

I got some good gossip for you guys. I know you’ll like this.
I just spoke with UHG…again. Guess what they are paying new developers?
You’ll never guess…$100/week (that’s with a Master’s and some pretty good creds).
Your also on the hook for $10,000 - $20,000 if you leave before a year passes because you have to sign a contract to stay. This pans out to $2/hour, best case scenario. Plus, you gotta supply your own computer.

You make in a day, as a waitress, what the largest health insurance company in the US pays for a weeks worth of tech work. Just saying…Is that really where we are at, now?

My question: Is UHG being reasonable? I have lost all sense of perspective on what constitutes ‘reasonable.’ @MM1, do you know anything about entry level dev work and what is reasonable?

As you say that’s a rumor, and I’m not sure you’ve got you numbers right, maybe more like $1000 per week, like $52K salary per year, and even then, they can’t take anything from you, i.e., $10-$20K, unless they gave you something that in contract law is termed consideration. I have seen instances where they will claw back payment for executive MBAs if you leave before 2 years after getting one, but even in that case, the person was so senior that the company hiring her paid it back, likely $250K, and what they gave her was substantial.

Cold you clarify your numbers?

Plus, there will be a stable of non-compete agreements and the like.

Its quite common to be under contract for a term that if violated requires payment. I’ve been under those contracts prior to grad school. Post grad school, I have interviewed for a lot of positions like that. It makes things really risky while flu is raging because what if they want you to come into the office? Its like signing your life away if the penalty is large. $10,000 is a pretty small penalty - one of the smallest I’ve heard. But, good luck collecting that from an employee who is making $2/hour. Its laughable.

Working onsite was an issue with the last company I interviewed for. That’s a violation of the governor’s order. I just told them outright that I’m not doing that. There’s no need for that with software. I believe it was a warning sign about that company…although there was no contract, they were having people come into a very small office (off the record).