Is T1D the biggest challenge/misfortune in your life or not really?

I would disagree, not always. 10+ years since surgery and chemo and now still cancer free. Retested every year.

My cancer was caught at early stage, so could have been worse. Was lucky to have severe pain (on my bday!!) and went to ER, and was correctly diagnosed.

I would disagree too unless the cancer kills you. I have had a bit of cancer once, and my husband has had serious cases of cancer twice. He is well now and free of disease.

I had cancer very young, and the surgery was pretty horrible. I have a big scar down the side of my head from the top of my ear down and ending on my Adam’s apple. It’s hard to see now, but it was tough to deal with. Try getting a date in your 20s with a Frankenstein scar. Then the chemo which made me sick and exhausted, but I didn’t lose my hair.but it lasted. a while and I was already underweight from my thpe1. Then there is the losing so many people because when you go to cancer support groups, the friends you make are pretty intense, and then you end up losing them, at least some of them.I never liked having diabetes, but it never made me feel so awful. It also didn’t scare me like cancer did, and here I am 30 years later I still get anxiety when I have my tumor markers checked. It’s like all the anxiety and sickness and bad days of diabetes all at once. And with little hope of survival. At least I had little hope because at that time the kind of tumor I had had a very low survival rate.
I was very fortunate, but it still sucked way worse than my worst days with diabetes

I think that a very bad case of cancer as a child or teen must be devastating. So glad that you made it through Timothy.

I saw a short video yesterday featuring a 92 year old woman who was dx with type 1 diabetes when she was 11. Of course she was told that she would die within 5 yrs. Then she was told to never have children.

She had two children and also became a physician. She has really enjoyed her life, and doesn’t consider diabetes to be a horrible life sentence at all. She has stuck to a good diet, exercised and uses a Dexcom CGM. It showed her giving one of her five daily injections. She seems to be doing very well physically and mentally. They didn’t talk about side effects, so I don’t know if she has any. The film showed her taking a walk with a companion and she was doing well.

It was wonderful to see her doing just fine with injections. I don’t think having diabetes ever got her down. She is a very small, thin woman who I imagine is quite feisty.

I was thrilled to see her.

@Marilyn6 , I ran across that article about her this AM: 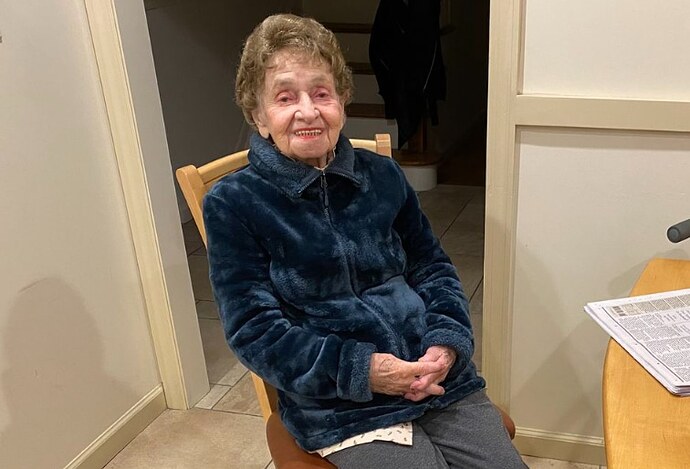 "I’m quite happy and amazed to still be here," said Libby Lashansky, who was diagnosed with Type 1 diabetes when she was 11.

Thanks James. This article fills in many blanks for me. Sounds like she never failed to eat a healthy diet, which sure isn’t what many of us did as children and as young adults.

It makes me sad that she kept her diabetes a secret from so many people. I once had a GP who was also a type 1, but I wasn’t aware of it for years.

I’ve been pretty lucky with my diabetes. My A1c runs at 6.1 pretty consistently, using DexCom G6 and a t:slim X2. By far, gallbladder cancer has been the biggest deal for me, discovered in early 2018 by a very observant podiatrist that detected DVT that turned out to be the result of the CA. Five surgeries, two rounds of chemo and radiation and I’m temporarily not showing anything bad on my quarterly CT scans. I say temporarily because when I went to my cardiologist to talk about what to do about my AFIB and arterial blockage. My oncologist was in the exam room too, invited by the cardio doc. The cardio doc wanted to prescribe a drug that has some pretty nasty long-term side effects, but he wanted to tell me that I needn’t worry about the side effects: both docs agreed that given my type of cancer, I won’t be around to experience the drug side effects. So I’m not too concerned about my diabetes beyond normal care.

There might be some luck or genetics involved in long term diabetes. For the first 15 years I had moderate control at best, for the past ten it’s been good , and the last 5 it’s been pretty awesome.but when I think about the long peroids where I was just fingertesting once a day and allowing my sugars to go over 200 at night just so I wouldn’t crash at night, I wonder why I don’t have heart disease or kidney disease and my eyes are good. Of all the bad luck I’ve had with getting type1 at21 and cancer at 22, I guess I deserve a little luck in genes. Btw my cancer was from an exposure to radiation working on a contaminated work site doing soil testing, but they didn’t tell us there was radiation there so we wore chemical protection but no radiation suits and yes all6 of us got cancer

One of the biggest. I was diagnosed at 21 and it impacted my career choice, my ability to have as many children as I wanted, led to a 30 yr struggle with depression. It never goes away. You can never take a vacation from it. And they have been talking about a cure for decades! I had cancer last yr and now that’s over with but the diabetes lingers. I feel like my body keeps letting me down.

Hi Jackie
Unfortunately, I can relate to very much to what you say about diabetes. Is it just us or is the way it is?

No one, not even someone who’s planning to kill you, knows how long you will live, and every drug with one known side effect has others. None of them have guaranteed minimum onset times.