In July 2013, there were 128 usernames in tudiabetes chat at the same time or right before me (right before meaning I could see their usernames displayed). These usernames represent 127 people, because 1 person used two usernames (both have been suspended). Here is some data. All graphs have uploaded twice, sorry if that's confusing.

Countries that were each represented by one person were South Africa, United Arab Emirates, Kuwait, Brazil, the Netherlands, the Philippines, Venezuela, Cyprus, and Egypt. 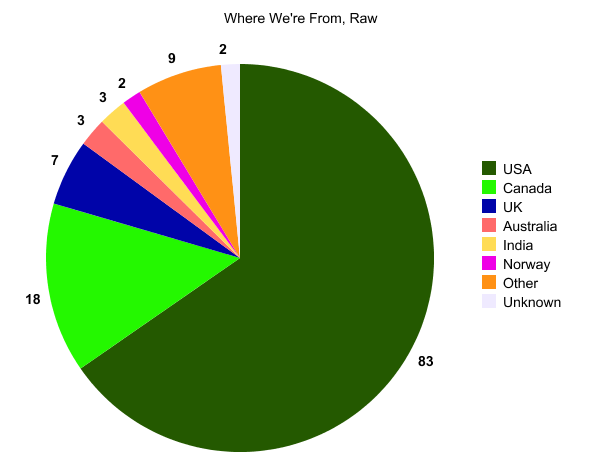 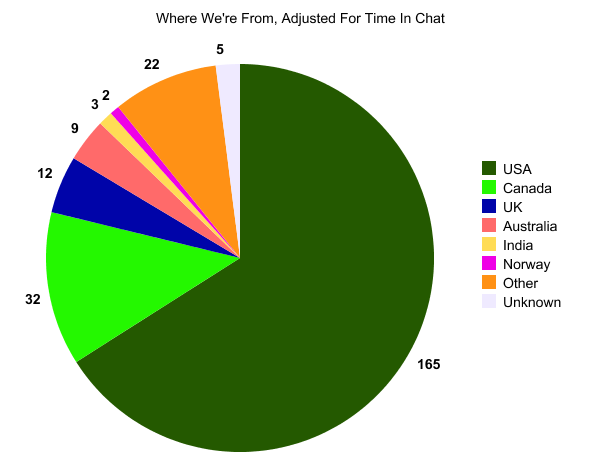 The number of men and women in chat was almost equal- 64 men (or boys- some of our chatters were teens) and 63 women (or girls). However, women were less likely to come back to chat again and again. 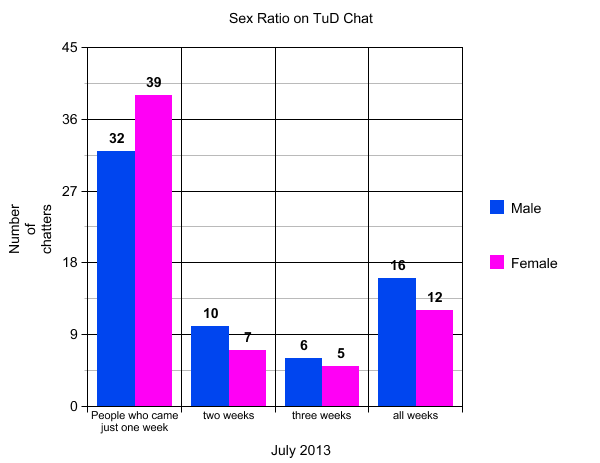 In describing the time that they were diagnosed, I have chosen to use best guesses and to use the earlier of the two diagnoses when people reported being diagnosed twice (or more than twice). I have omitted the individual with two accounts, because she gave different diagnosis years on the two accounts, with no explanation to reconcile them. That left me with 115 users with diagnosis years. The most newly diagnosed person was diagnosed July 2nd, 2013 (he came into chat on July 7th). The longest diagnosed person was diagnosed in 1936. 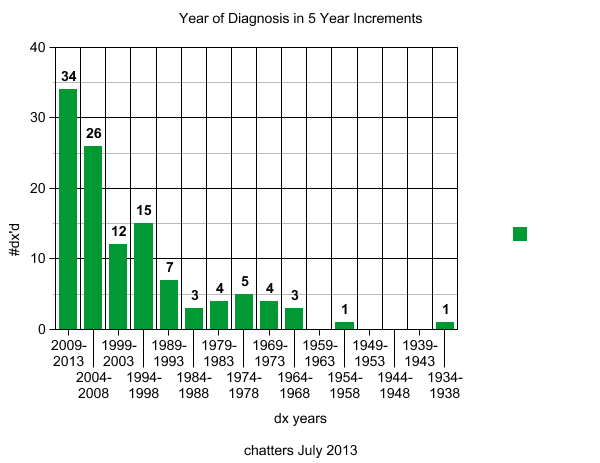 Pumpers were considerably more likely to report their A1cs, however, A1c did not seem to differ much between pumpers and non-pumpers who reported A1cs. In this chart, I have not shown A1cs for people who reported only the A1cs from when they were diagnosed, nor have I included the A1c of the person who just started pumping. 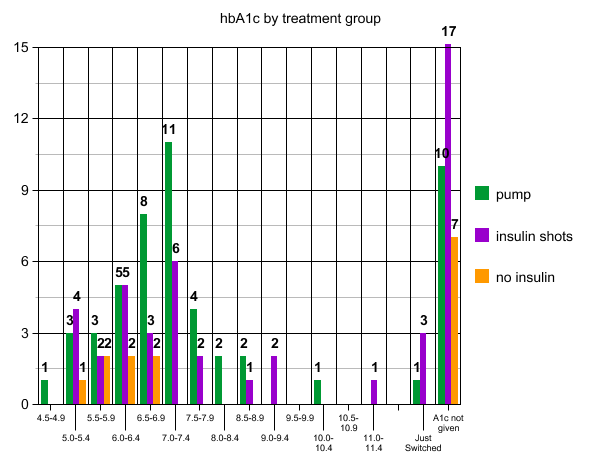