I have a hard time trusting and letting go.

It’s not the first time I’ve admitted this, and even though this is a huge issue for me, am working on it. How, you may possibly wonder? Well, Matt is currently at a sleepover and is going an hour ½ away tomorrow to go paint balling with a group of kids for a 3 hour session.

Sigh. After dropping him off this late afternoon, talking to the completely clueless Mom about possible low blood sugars and Matt’s need to be able to use his glucometer at any time, while staying hopeful since the Dad’s brother has type 1 diabetes, and crying in traffic, drove to the health food store to wander around and ended up buying some Rescue Remedy stress reliever. It’s been around for 70 years and is in 66 countries and is supposed to aid in stressful life situations and relieve emotional exhaustion, so opened it in the car and sprayed twice. The guy behind the counter said it could take a few days to get in the system and reliably work and thought, “great.” Flowery, herbal Xanax – which I already have a prescription for but am so wary of taking too often, that I could use a non-addictive natural remedy.

It was a beautiful sunset on the way home and caught myself smiling. Is it the damn Rescue Remedy? Geez I hope so, because haven’t really smiled all that much this week. Not a good week. And spraying something that looks like breath spray in public is a lot more accepted than popping pills.

So – I question myself as to why the hell would I allow Matt to go somewhere that will keep me up tonight and have me worrying intensely tomorrow during the day? When I ran back in my house to grab something while Matt was extremely excitedly waiting in the car to go to his friends house, and I told Mike and Brianna to pray that Matt lived, I wondered who is the one that needs altering and restriction? Not Matt. Just me. I realize it is me.

I also realized last night when I was unable to rest my head, that in six short years, yes very short years, that he’s going to want to go to a lot more than a sleepover and paintballing. The child will want to go away to college; he will be a grown young man, and during these six short years he will want more and more independence. I refuse to hold him back, but also do not want to make myself sick with worry. So in order to eventually let him leave my home and my safe boundaries for him, I have to let go little by little.

It’s much easier said than done.

The odd thing is – if he were bald from cancer treatments or if he were confined to a wheelchair the world would see his pain, daily struggles, and the precariousness of his health on the outside. But no one sees. No one understands. And no one knows. 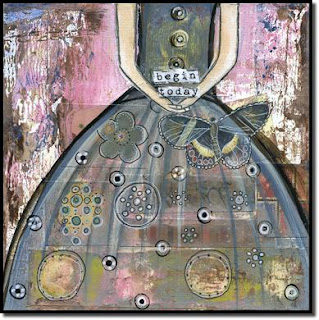 This is a mixed blessing. It is a strong positive because he can be all that he is supposed to be without discrimination or doubts from unthinking and insensitive people. But in simple situations, it creates a hazard. Simply going to a hockey game or paint balling gets me internally fired up and ready for someone to tell my son that he cannot bring his life saving food and drink into stadium or area where outside food and drink is not allowed. It doesn’t make sense to most – but that small bag of fruit snacks can literally turn my son’s blood sugar numbers around and save his life. Yes. Save. His. Entire. Earthly. Life. So today when I tried to grab the doctor’s note that I have that states this, that I’ve copied 25 times, that he can hand to the people tomorrow at the paintball place lest they DARE tell my son he can’t bring in outside food and drink, he said no. “Mom – I’m fine. They’ll let me bring it in.”

Well, what if they won’t? So he brought the JDRF backpack (it explicitly says Juvenile Diabetes Research Foundation on it and has a cooling pouch within it for his insulin) and he has the signed release form (did I really, coming from a family where 3 of my 4 parents (steps included) are lawyers, sign a release form saying I will not hold them liable for their own negligence in my son’s injury or possible death???) with my cell phone number on it, and told him to have them call me if they feel the need to harass a 12 year old about bringing a backpack of seemingly normal food into their place of business. Because let me tell you, I just dare them to call me in the state that I am in.

So baby steps for me. I again have to trust that he knows his own body, that he is growing older and wants to do the things his older brother and sister have done without a hovering, quivering mother around every corner. So this means I shut down to a degree. I will talk to the Mom who exclaims when I ask her about breakfast, that, sorry that Matt is so high maintenance but he can’t just have eggs and sausage for breakfast, is there any way he could have toast too – because he needs carbs to have his insulin, and he can’t go too long without his short acting insulin – and she says, “This is so over my head.” Yeah, lady. I feel ya. You are so sweet and so less arrogant than most of the Northern Virginia Mom’s that I meet, and I truly like you, but I am staring at your front hall picture and silent for 10 full seconds not because I like it, but because I am trying not to cry. Does that make any sense to you? Didn’t think so.

So from the health food store after dropping Matt off, where I get the flowery stress relieving mouth spray, walked two doors down to get some Capt Morgan’s. Because, even though I basically stopped drinking almost 16 years ago after I had Brianna, except for special occasions (like seeing Dave Matthews and also getting my soul filled up), realize that the stress that I somehow am not able to get out from under me is so much more harmful than a few drinks.

And when I look out upon this country that we live in, and hear people on TV saying they are planning on repealing the new health care law that is not perfect, but that has given me and millions of other parents some small yet major consolation that their kids, who have previously been dropped from policies and who are discriminated against from obtaining the basic right of health insurance because they have pre-existing conditions – that even for as healthy as some look on the outside – the insurance companies know how sick they are on the inside – I just cry. It is depressing to realize how very, very few people take the time to understand what it means to be the parent of a chronically ill child or to be that child themselves. Chronically ill and life threatened YET if handled perfectly, in perfect situations, can potentially lead whole and full lives – while if something goes wrong, even if it is simply the flu or a stomach virus, can cost insurance companies many, many, many thousands of dollars. 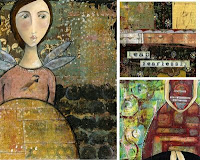 This week I decided to look up the top CEO salaries in this country that the AFL/CIO puts out: http://www.aflcio.org/corporatewatch/paywatch/ceou/top100.cfm Insurance companies certainly represent with nine figure salaries – for one person – for one year. So in this country, and for apparently the majority of this country’s citizen’s, it’s OK for one person to make 30,000,000 (that’s 30 million) or more a year while their fellow American’s die from lack of insurance coverage or medicinal supplies? This makes no sense to me. I realize that my consultant job offers no benefits, and that if my husband lost his job that pays him less and less every year that we would be 1) in the hurtlocker trying to find a company to cover Matt should these people prevail, and 2) if they prevail we literally do not have the couple thousand extra to pay for his life saving medicine every month.

This exhausts me. So I spray, and have a drink, and try to let go. Little by little. And from one human being on this beautiful earth, to another – this is not easy.

I can’t imagine how hard it is to let a child go off on his own with a health problem like this. I know how hard it is to just let them go when they are healthy, so I am hoping that all turned out well for you and for Matt.

Insurance-wise, I totally agree with you. It appears that we live in a country where we sent millions, billions, trillions to other countries who don’t want us on their soil, and we allow individuals an out for their recklessness yet families that are just making it, for whatever the reason live tortured lives. Will they be able to save their children, will they be able to save their homes, provide healthy food, medical care, clothing, etc…somehow I don’t believe that this is what the founding fathers and mothers had in mind over 200 years ago. I’m definitely on the side of life that says the health care bill isn’t perfect, but it’s something. Let’s tweak it remembering that there are milions counting on the tweaks to be good ones. Keeping my prayers and fingers crossed for all of us.

Please take no offense, but I laugh at this, from a father’s point of view, because I have 2 grown daughters and one young son it is never easy with an illness or not it is just something you have to do no matter what. One daughter is normal meaning no illness at all and the other has cancer she has been fighting it off and one now for 6 years, then my son is ADHD and has T1 he is only 5 years of age and in school that is not setup for it so we are going to have to show up with injections for him. Just stand back but stay close and if they need you they will ask as long as the door is always open. One thing to make sure to educate him on the fact that infections and diabetes are no joke and he does not want to get a STD for the risks it has on him forever.

Thank you Cathy! I heard from Matt about an hour 1/2 ago and everything went well. : ) It would be so nice to be able to just turn off the worry - but for all of the stress - the adjustments we made worked out. Not too high, and not too low. And I wish everyone in this country thought how you did about the health insurance bill – money to other countries and yet things here are so unbalanced.

Thank you too lotsofshots. : ) Matt has had a great day - I had a long night but the Capt Morgans (and spray) really did help. lol. I am hoping that as the years go by that these types of things get easier. Blessings to you and yours as well. You are very sweet.

Thank you too Phill Dill. I hope that your daughter ends up being cured from her cancer, and that your T1 son does OK in school. The ADA website has some great information on the Safe at School program and offers free advocacy/help if you keep running into a brick wall with them. As I understand it they are required to train people to care for him under the American’s with Disabilities Act. And no offense taken! Everyone is different and maybe it’s a Mom thing… : )