Someone please explain clearly for me if they can

Why undereating causes dka. I dont understand it fully, but it was told once to me. Please and thank you. I have been going through this a few times, and am making changes in terms of what i eat and when i eat specifically. But i dont understand why this happens. Thank you if you do know.

What symptoms do have of DKA? Usually high ketones and high BG.

But some ketones and normal bg is not DKA. Those on low carb may have ketones.

Lack of insulin, or not enough insulin can lead to DKA if ketones build up.

Your body still needs insulin 24x7, even when sleeping. Your brain and other parts of your body get continued source from liver.

Undereating doesn’t cause DKA, lack of insulin or enough insulin does. I would suppose if you are a type 1 and don’t eat and don’t take insulin, that could cause DKA because your liver produces glucose all day that needs to be dealt with by insulin. But we take a longer acting 24/7 insulin to deal with what glucose the liver produces and a shorter acting insulin to deal with the food we eat.

Low carb eating can cause a low level of ketones, but not at a dangerous level that I know of. But a type 1 needs some insulin all day. High blood sugars don’t even cause DKA, high blood sugars are just a sign we are not getting enough insulin.

You could fast all day and not go into DKA… as long as you are taking a basal insulin to deal with the glucose your liver puts out.

Ok like hyperemesis, nausea, the dka signs in the middle so mild, and yeah ketones, blood sugar up and down, abdominal pain. Ok. So, i have heard and confirmed that some cases of dka can be caused by undereating, but i dont understand why that happens…you know high blood sugar too much sugar. Thanks

Usually if you are a type 1 and losing weight, it’s because you do not have enough insulin to deal with the food you are eating. Unless you are not eating enough to maintain your weight. There are other reasons of course.

Commonly a type 1 before diagnosis loses weight since they don’t have enough insulin to actually process the food they eat. You literally pee out the energy/carbs you eat because you can’t process them. That’s also one reason a person also gets really thirsty, so their kidneys can flush out the excess glucose they can’t metabolize. You might not be getting enough insulin to metabolize your food properly if you are losing weight. Are your blood sugars in the ranges it needs to be? If they are and you are losing weight there could be something else going on.

Okay there is a difference between ketosis, which is considered a relatively healthy survival mechanism, and diabetic ketoacidosis, which is a sign of severe metabolic distress. At absolutely no time should a healthy person go into DKA because of undereating.

Carbohydrates are the preferred energy source of the body. They’re easy energy that burns the cleanest with little to no waste products. When carbohydrates aren’t available, though, the body will instead burn fat for fuel. But fat doesn’t burn clean, like carbohydrates do. Instead it leaves nasty ketones in it’s wake. These ketones can be real trouble if they’re allowed to accumulate because they destroy the ability to buffer acid/base balance, and our bodies become exceedingly fragile outside a normal pH range. Those ketones essentially kill you cell by cell.

Thankfully, healthy people have a backup source of those clean burning carbs. Our livers convert proteins into sugar (glycogen). It takes a whole lot of energy to do that, though, so they’ll still burn a little fat which has more bang for it’s buck, but only a little bit. Healthy people won’t burn more fat than they can process out the ketones for, though. This doesn’t just apply to low carb/high fat diets. The same rules apply during times of starvation. You just break down your own body mass for fuel instead of ones you’ve eaten.

The problem for insulin-dependent diabetics is that we can’t utalize sugar made by the liver anymore than we can utalize the sugar in the food we eat. Insulin is the magic key that allows glucose to enter the cells where it can be burned for energy. No insulin, no carbohydrate energy. That leaves us with only the toxic fat fuel as an option. Which is why we hear the simplified “ketoacidosis is caused by a lack of insulin, not high blood sugar” explanation, because if we had insulin then we’d be burning a lot less fat and a lot more converted-from-protein sugar.

There is another group of people prone to DKA who are not diabetic, though, and they could meet the criteria of your original question. Alcoholics. Specifically, people with severe liver damage, which are most notably alcoholics but certainly can include other causes. Those damaged livers aren’t able to convert proteins into sugar, so in the absence of consumed carbohydrates, they too are left with only the toxic fat for fuel pathway… Likewise, leading to ketoacidosis. Even though they have the insulin, they don’t have the sugar for it to work with. Unfortunately, this isn’t uncommon with the most severe extremes of alcoholism, where they’re drinking their only “meals” and not actually eating food/carbohydrates. (Please note this isn’t a criticism of alcoholism. I’m commenting on the physiology of the disease, not making a social judgement.)

There are three types of keto acidosis, starvation, alcoholic and diabetic. Here is a link explaining them. And you can google more.

I did nearly go into dka once from not eating enough carbs. I had been having digestive issues with bg crashing every time I ate so I was eating less and less carbs to not bolus too much and hopefully not crash. I had also lost weight due to various factors prior to this. I also had some runs and was prolly dehydrated. I ended up in hospital for 24 hours on fluids when dka symptoms started, high bg, high ketones, severe nausea etc. So even though I still had my basal insulin, not eating enough carbs and everything else caused it. I have had other close calls that I managed at home with injections and increased basal when I was heading there from dehydration or not enough insulin due to pump and other stuff.

People who are anorexic and have eating disorders or cancer etc. can go into starvation ka, so can alcoholics or even a one time binge drinker can. In alcoholic ka the alcohol suppresses the liver from producing glucose and combined with not eating etc. causes you to not have enough insulin and to burn fat and have high ketones. So can people on a ketogenic diet although I think that is rare without other factors involved.

Usually in dka it is lack of insulin or inability to use insulin properly that causes it but not eating and dehydration and other things can contribute. Which is what happened to me when I was diagnosed- no insulin. They can all lead to death if not treated. 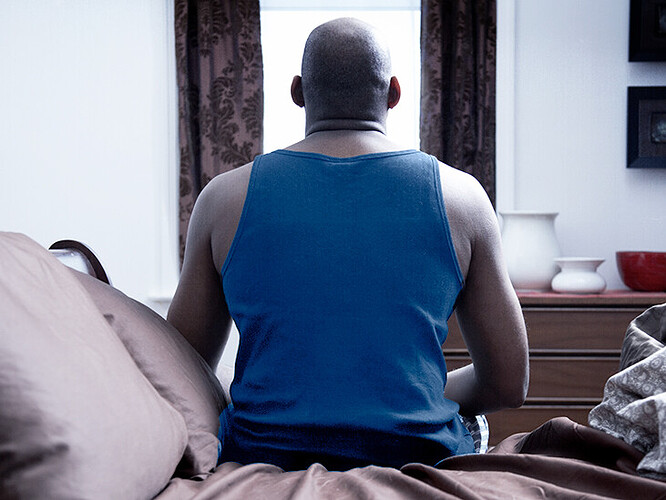 Starvation ketoacidosis happens when a person has fasted for an extended period, and their body begins to break down muscle to use as fuel. Learn more.