Twenty years ago at this time and on this date, I was being told that I had diabetes. I'd been sick since I returned to the University of Wisconsin-Madison for my second semester in graduate school, and didn't seem to be getting better. It was a Monday, and I was back in the doctor's office because the results of my blood draw done on Friday showed a high sedimentation rate and that caused my doctor some concern. Well, enough concern that she called me back and insisted that I come in first thing Monday morning for a "10,000 mile check-up". So, after running from room to room, giving blood and urine samples, having my chest x-rayed for the second time in 2 months, and otherwise getting poked and prodded, I was sitting with my doctor's nurse, who performed my first finger stick. She used a OneTouch meter and the result was 375. I remember asking, "Is that good?" Naturally, she didn't answer me. When the doctor came into the room, she told me I had a blood sugar of 466, that I had over 2,000mg/dl of sugar in my urine, and moderate ketones and that meant I had diabetes. I was given a list of things I needed to buy, people I needed to see, and papers I needed to start me on my diabetes management journey. Then, I was told to come back the next day before I ate so they could get a fasting number. If that fasting number was 200mg/dl or over, then I'd be started on insulin. If not, then no insulin. FWIW, that next day's fasting came back at 196mg/dl, a mere 4mg/dl under the requisite 200mg/dl -- so no insulin.

The path I would end up taking wasn't easy, and frankly, I've been lucky to survive it and without complications. I dropped about 40 lbs in a matter of weeks -- a frightening amount of weight in a short length of time. I exercised everyday for at least an hour a day. When I skipped it, I saw the impact in my bgs. I denied myself any sort of "treat" for years -- no pizza, no regular cake or ice cream, no snacks that weren't prescribed. I freaked out in restaurants, particularly "greasy spoons", where the foods always seemed to be high in both fat and carbohydrates and sent my bgs higher than they ought to be, longer than they ought to have been. And, like so many others, I've had the friends and family who, unknowingly and without malice, try to "help" by giving me awful "sugar free" treats at special events and family reunions -- or who think the only thing I can eat are raw vegetables while they scarf down cake. Uh huh.

What have I learned over the past 20 years? I've learned that medical professionals are human beings, whose thought processes and decision making processes are influenced by the same internal and external pressures as everyone else. All of our perceptions are filtered -- filtered through our experiences, our knowledge, our assumptions, our predlictions. I've learned that you have to forgive family and friends for their misconceptions -- even if you've told them time and again that you can eat that tiny sliver of cake. I've learned that you are the one who must be informed, who must have the strength to challenge others, who needs to be the leader of her own treatment. Most importantly, I've learned that despite diabetes, I am human as well, and that taking a break from exercise or eating a cannoli (hey, I'm an Italian-American!) isn't the end of the world and that I do make mistakes (can anyone say double Lantus dose?). The world goes on and I'm still in it.

I'm thankful I made it to my 20th and while I no longer believe in the hype that there'll "be a cure in 5 years!", I still hold out hope that there will be a cure. Perhaps it won't be one from which I can benefit, but no matter. If it benefits those who've had diabetes for less time than I have had it, then that to me is a victory. That is something I want. And I hope I'm around to see it. 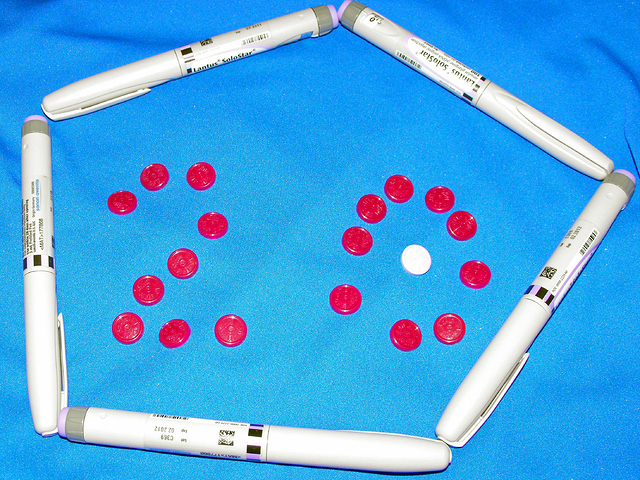 Thank you for the story. I doubt many of us know the details of our diagnosis. I remember mine exactly only because I got our on my 17th birthday. Oh yeah it is also a crazy story.Thanks for the post.

Thank you, Rick :) Sorry I didn't get back to you sooner. I ended up going to an urgent care clinic when I found myself having problems breathing. Turns out I have a sinus infection. The second one this year. Couple that with the slow start to allergy season, and I've been miserable. :( I hope I feel better in the AM.