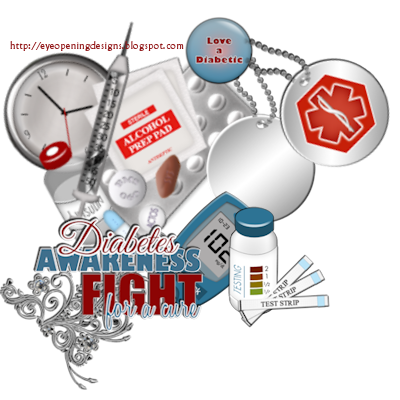 As the parent of a T1 who is winding up her 8th “live-a-betes” year (that’s diabetes language for: she’s had T1 for almost 9 years and she’s only 14), I KNOW all the statistics regarding the cost of living with this disease. People living with the disease have medical expenses at a rate that’s two times higher than for those living without it. In 2007, U.S. citizens spent a combined 174 BILLION dollars on medical expenses - directly and indirectly related to diabetes.

This year we have simply been blown out of the water with medical bills – and we have great insurance! It’s one thing to read the stats and shake your head, and another thing COMPLETELY to realize that your family of 4 people has spent a total, out-of-pocket, of $13,000 on medical bills in ONE YEAR. 92%of that cost was due to T1 and our newest addition, Celiac Disease.

As if that’s not enough of a financial hit, we had to PAY the federal government $52 in federal taxes because we supposedly just make too much money. Oh really? I suppose I’m driving a 13 year old car because I love it so much I can’t part with it. I’m just so dang angry. I believe the majority of my anger comes from the fact that I know one day all these bills will - technically - be Nikki’s responsibilty and that just stinks. Of course, we will never not be her partners in this fight – financially and emotionally; but if I needed another reason to get remotivated on fundraising and education efforts, this was it.

Hoping, praying and demanding a cure!

Hoping, praying, and demanding a cure with you...:)

I hear you, dear heart. My insulin co-pay went from $30 per month to almost $200 per month -- with no warning. How can a vital, life-saving medicine increase in cost by a factor of 6.7 overnight? Well, because a bean-counter somewhere decided to balance his books on the backs of diabetics, that's how.

Of course, this was on top of the $450 per month I'm already paying for my premiums, and all my other co-pays, vitamins, etc.

And don't get me started on $1 per test strip.

This is a VERY expensive disease, and I'm not even on a CGM or a pump.

Yeah it really sucks. I believe all chronic condition medical expenses should be a tax credit. What the government provides for tax options for chronic medical expenses is a joke. I have to purchase the more expensive insurance, so I have adequate coverage. My daily medication required for me to live isn't generic so I have to pay the highest co-pay. Unlike the majority of people every year of my life I will have to meet my $1000 deductible. Heck Obama could of threw us a bone and mandated "free insulin".

Being a self-employed T2 diabetic without insurance, I know exactly what you are talking about and I feel your pain and frustration. I understand how expensive it can be to have diabetes and I'm constantly researching different sites and talking to different people about the financial burden as well as looking for deals with supplies as long as they come from a reputable source. I am also an advocate and am constantly communicating with members of congress about the fight to find a cure and trying to get medication at a reasonable cost. Now moving on to another part of your post. When you mentioned that you paid the IRS $52.00 "because you supposedly just made to much money". Is that something that your tax preparer told you? The reason I'm asking is that I'm a tax preparer myself and I just felt that I needed to make a small correction to that statement. The reason that you probably ended up paying to the federal government is that you did not have enough taxes withheld throughout the year. I have clients who make $200-$300k throughout the year and are single without any dependents, and they still obtain a refund. So my guess is that if you and your husband file together and have dependents, the problem is in the withholding. Having said that, I don't know if you guys itemize or not, but if you do, at least part of your medical expenses (depending on how much you earned total) might be deductible along with other expenses. I hope you don't take what I've said the wrong way, just wanted to set the record straight and give you a little insight on things from my perspective. Hope that things do get better and try to have hope and pray that things will get better. We all need it.

I am with you!! I HAD great insurance for 17yrs of my life with diabetes...last 2 almost 3 yrs...after a divorce I have to put out $500 per month just to stay alive.....just me. And that is the bare essentials. HOPE for a cure...everyday!!

To say that it's crazy will be putting it mildly. The cost of living with diabetes, and the big profits that diabetes pharmacy companies earn makes you think we will never find a cure, even for this reason alone. That is why we need to be so focused on the non-profits - only they have a cure at their heart, or should have it. We need to make sure someone is fighting and getting close to putting an end to diabetes as a life-long condition - with more and more people on a worldwide scale being diagnosed with the disease, it will only get worse for more people otherwise.

Each and every comment has been heard and sincerely appreciated. It's always so empowering to know you aren't alone!

Oh my I soo feel ur pain on that.