Went to the Endo today... Now I am really confused

Numbers were great in all areas. Except......

She ordered a GAD65 and a C-Peptide test. She is almost 100% convinced that I have been either misdiagnosed and indeed a type 1 or am LADA. The really scary thing is that my previous endo NEVER ran either of these tests and assumed I was a type 2 based on my regular doctor's glucose test results. We went through every page in my folder looking for any evidence of the tests being run, and they simply were not. I really don't even know what to say....Being uneducated in this disease and putting my life and faith in a doctor is all my fault - don't let yourself or anyone you know make these mistakes.

Going to get the blood work done next Monday so we will see then for sure.

On a good note, she did approve my Omnipod! Oh, and I quit smoking too. Two out of Three ain't bad!

Devildog, you are not alone. Our founder here went through the same thing, as have so many here. I think this blog by Melitta is a really good intro, hope it helps
http://www.tudiabetes.org/profiles/blogs/melitta-s-top-ten-tips-for-the-newly-diagnosed-person-with-adult

somehow from your previous posts, I had thought you might be LADA. OH, big congrats on the smoking cessation!

Were you really diagnosed in 1990? That would be a truly epic run should you turn out to be type 1.

I think many of us have struggled to get a proper diagnosis and the appropriate treatment. In your case at this point, already on insulin and pumping it may not matter that much. But still, insurance coverage is strongly biased against type 2s so it can be of value to get these tests.

Exciting news about the omnipod! I love mine :) They are now shipping the new, smaller ones to new podders. I hope you can build a good relationship with your new endo. Good ones are worth their weight in gold!

Here's an article in the Wall Street Journal about the problem of misdiagnosing type 1 as type 2.

Either way, the test results should be interesting! 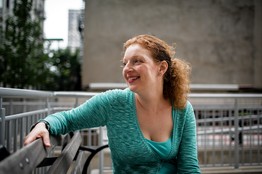 >Bryan Derballa for The Wall Street Journal
Alissa Kaplan Michaels, who has Type 1 diabetes, struggled for 3½ years before her disease was diagnosed correctly.

With cases of diabetes growing each year, many adults are getting caught in a potentially dangerous situation: they are diagnosed with Type 2 diabetes when they actually have Type 1 diabetes, a substantially different condition.

Both types of diabetes make it difficult for patients to control blood-sugar levels, which can lead to complications that include blindness, kidney failure and death. But Type 1 and Type 2 require different forms of treatment.

Alissa Kaplan Michaels, who has Type 1 diabetes, lived for 3½ years with the wrong diagnosis. The New York public-relations consultant says she complained to her doctor in 2008 of blurry vision and was told she had Type 2 diabetes after a blood test showed high sugar levels. She changed her diet and exercised more, but her blood-sugar levels kept rising. She started taking several oral diabetes medications. She stopped eating bread and pasta. She changed doctors—three times. And she still felt terrible.

Last fall, a covering doctor at her endocrinologist's practice started asking about her health history, childhood weight patterns, her recent struggles with her blood sugar and family history of Type 2 diabetes, of which there was none. That day, Ms. Kaplan Michaels got a new diagnosis. She didn't have Type 2 diabetes, she had Type 1.

Ms. Kaplan Michaels, 44 years old, immediately dropped the oral medications that had upset her stomach. Instead, she increased her daily insulin injections. She also resumed eating carbohydrates. Within weeks, her energy was back. "At first I was relieved and then I was very angry," she says. "Nobody should have to go to four doctors to get a diagnosis for something that isn't that difficult to diagnose."

Type 1 diabetes is an autoimmune disorder that attacks the body's ability to make insulin, which allows the body to properly process glucose. The disorder, once called juvenile diabetes, begins mainly in children and adolescents, but is increasingly occurring in adults. Type 1 diabetics need daily insulin injections to survive. If patients manage their blood-sugar levels well, they can live for decades without encountering the dangerous complications associated with the disease.

Type 2 diabetes, by contrast, is brought on by inactivity and obesity, mainly in adults, and is characterized by the body's inability to make efficient use of insulin. Type 2 diabetes, which is beginning to occur in teenagers, can be kept at bay in some cases with lifestyle changes and is widely treated with oral medications to improve insulin absorption. Type 2 diabetics also can require insulin injections.

"Most of my [adult Type 1 patients] have been misdiagnosed as having Type 2," says Robin Goland, co-director of the Naomi Berrie Diabetes Center at Columbia University Medical Center in New York. "Once the right diagnosis is made the patient feels much, much better, but they are distrustful of doctors and who could blame them?"

Bryan Derballa for The Wall Street Journal
Ms. Kaplan Michaels, pictured with her son, Leo, was able to resume an active life after her Type 1 diabetes was correctly diagnosed and she began proper treatment.

Estimates of the number of people with Type 1 diabetes in the U.S. range from 1.3 million to 2.6 million people, accounting for 5% to 10% of the total diabetic population. Incidence of Type 1 has been rising in the U.S. and in parts of Europe by about 2.5% to 4% a year for reasons scientists can't explain, according to several large-scale studies published in peer-reviewed medical journals. Scientists say Type 1 diabetes is caused by a combination of genetic and environmental factors but they don't know what the trigger is.

An incorrect diagnosis usually occurs in the offices of primary-care doctors, many of whom haven't received adequate education in medical school about rising rates of Type 1 in adults and how to diagnose it. "It is not on their radar because they see so much diabetes and it is by far mostly Type 2," said Irl B. Hirsch, professor of medicine at the University of Washington Medical Center in Seattle.

After elevated blood sugars are detected, diagnosing which diabetes a person has usually is done by looking at the patient, assessing family history, weight and age, doctors say. "It's not a good way to make a diagnosis. You'd like to measure something that represents the disease process," says Jerry Palmer, director of endocrinology at VA Puget Sound Health Care System. To properly diagnose Type 1, doctors need to test for antibodies that indicate the presence of the autoimmune disorder. But few order such tests.

Cherie Serota, 48, was told by her primary-care doctor in early 2009 that she was on the brink of having Type 2 diabetes. Weighing just 120 pounds, Ms. Serota, of Brookville, N.Y., didn't fit the profile of a typical Type 2 patient. She revved up her exercise regime and watched her diet. One night after Chinese takeout sent her blood-sugar levels high, she called her doctor who told her this was normal and not to eat Chinese food anymore. Eventually she stopped eating carbohydrates. "That really did me in," says the mother of three. "I had no energy."

Six months later, feeling drained and now down to 113 pounds, the former fashion executive sought out an endocrinologist at New York University who told her she had Type 1. When she told her primary-care doctor, he was so surprised she made him call the specialist, she says.

"I understand why I was misdiagnosed; it is a very small amount of people who are diagnosed as an adult," Ms. Serota says.

New Push to Treat the Other Diabetes
Trying to Prevent Type 1 Diabetes
Side Effect for Children: Day-Care Dilemmas
In some adults with Type 1, the loss of insulin-producing cells, located in the pancreas, is much slower than for children, making the onset of the disease more gradual. Some researchers consider the slow onset a distinct form of Type 1 called latent autoimmune diabetes in adults, or Lada. Because the disease progresses more slowly, it can be more easily confused with Type 2, researchers say.

Benjamin Jones, a 63-year-old retired probation officer, likely had the slow-onset form of the disease. For six years, Mr. Jones treated what had been diagnosed as Type 2 diabetes. He changed his diet and took three oral medications daily. An avid exerciser, Mr. Jones says for several years he was able to keep his blood-sugar levels in check in part by Rollerblading, swimming, playing tennis and basketball, and cycling. Still, rarely did his blood-sugar level dip below 120, which is high for a non-diabetic person.

After a bad reaction to a flu shot earlier this year, Mr. Jones says his sugar levels surged to 500. He says he asked to be put on insulin, but his primary-care doctor refused, fearing that Mr. Jones could risk hypoglycemia, a condition in which blood sugars go too low. That was when Mr. Jones sought out a specialist at the Joslin Diabetes Center in Boston. He was immediately put on insulin, given an antibody test and told he had Type 1.

"When your sugar is high you don't feel right. You feel on edge," Mr. Jones says. "I feel like a new person, like I should feel."

Write to Kate Linebaugh at kate.linebaugh@wsj.com

Despite the similar sounding names, Type 1 and Type 2 diabetes are substantially different conditions. Type 1 is an autoimmune disorder that attacks the body's ability to make insulin. In Type 2, brought on by inactivity and obesity, the body can't make efficient use of insulin to control blood sugar.

The condition begins mainly in childhood and adolescence, but increasingly in adults.
People with Type 1 are often thin or normal weight.
Patients are prone to ketoacidosis, a dangerous buildup of acids in the blood.
Regular insulin injections are required treatment.
Source: National Institutes of Health

Onset is primarily in people over 40 years old, but increasingly in younger patients.
People with Type 2 are often obese.
There is no ketoacidosis.
Treatment involves healthy diet and exercise, diabetes medications, and sometimes insulin injections.

Hi Devildog: I would also suggest getting the full suite of autoantibody tests (GAD, ICA, IA-2, and zinc transporter). GAD isn't the only one, although it does seem to persist the longest. Many adults are exclusively ICA or zinc transporter positive. Congrats on getting approved for the Omnipod, and good for you for quitting smoking. You are definitely on the right track. Keep us posted!

Yeah, way back... I was really in a bit of shock yesterday when I heard what she had to say and when we could find no evidence of a c-peptide or any other test ever being ordered. Thinking back over the years a lot more makes sense to me now. Going from a standard dose to the max dose on oral medication in a year, and then a new oral medication , then another. I think both I and my new endo know the answer already, but the tests will at least give us the proof to manage this better.

The look she gave me told me that she "knew" but she was insistent upon the tests, and I agreed with no argument. We will see what comes back and I will let you all know.

Ah, I remember the days before I started seeing a specialist. I was woefully unaware. There is a lot of good news in your post, so hooray!

Good luck with the new endo and the possible new diagnosis.