That was the question asked by Emily Coles on October 22, 2014. It was asked in relation to the Betes presentation which occurred the following week. Of course we have had Betes on a few times for special presentations and we are fortunate to have Marina as one of our more active members. You can check in on her page at this page: 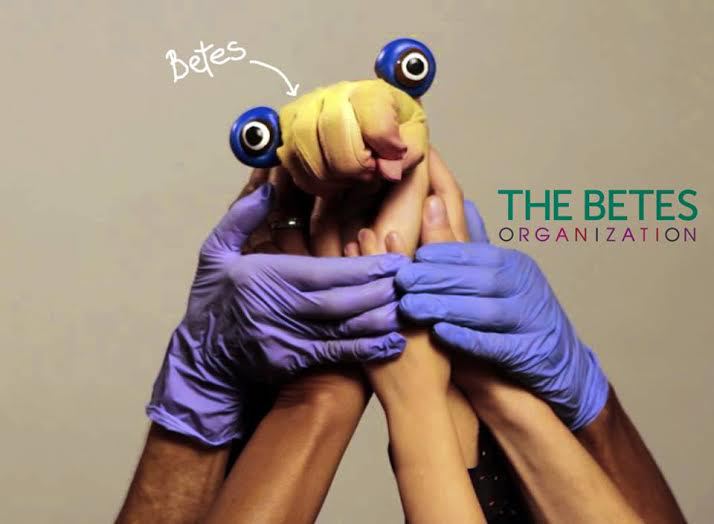 So what would your diabetes look like? Would it be the monster hiding under the bed? Would it be tame and docile riding in your pocket or belt as an ever present companion? I have been contemplating the answer to that question and I think mine has changed over time and maybe it changes daily. Sort of like my schizophrenic friend who changes mood every minute of every day. 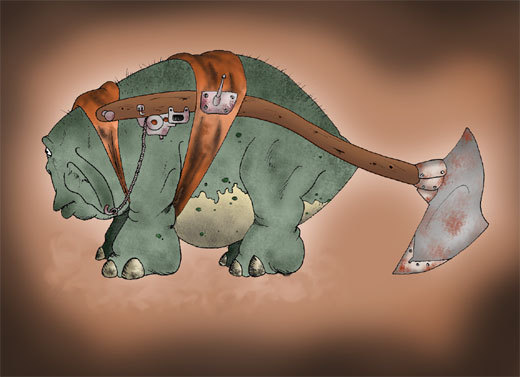 I think sometimes it might be red and other times blue. It would have really big eyes with a nose the size of battle ship. Why such a big nose, because it always sticks its nose into my business. Its eyes would be very large, perhaps the size of double silver dollars. Large eyes because it is always watching and perhaps looking for a way to stick its nose in my business.

I think it would have a tail made of insulin. The one thing that holds it back but never tames it is insulin. I see it harnessed by insulin held back and slightly restrained. But it is always ready to push ahead and break the insulin strings that hold it in place.

Of course it would also be docile sometimes. Perhaps diabetes is lurking maybe, just off the horizon. Diabetes is always ready to get involved at the drop of a hat. It always wants to insert itself into the mix. I am sure it would wear something inappropriate, let’s face it, diabetes is never suave or sophisticated, it moves like a bully looking for its next victim. It would always want to join the mix, be it a dinner party, a softball game or first thing in the morning. My diabetes is always around always waiting for the most inconvenient time to get involved.

So with all the craziness why do I put up with diabetes? I mean no rational man would let diabetes hang around. A rational man would get that fixed. Well I guess I am trying the best way I know how. I am living forward. I am looking beyond me. When I think of how to get it fixed I think of my grandchildren. They do not have diabetes, but unlike those children I love so much, I can see the future and it scares me. So today when I say to myself, ‘boy you need to get that fixed’, I think of them.

I believe in my heart there is no ‘cure’ for me. The cure, if it exists, is for the future. When I hear that voice in my head, I tell dad, I am trying. I really am trying. I want to get it fixed, but I want to fix it for Madison, Graham and Benjamin. If I can help cure it for their generation, I might someday say, dad I got that fixed. That would be the day my diabetes would stop being a bully, stop picking on others and stop skipping generations. When I stop the lurking around my grandchildren that is my idea of a getting it fixed.

Yeah my Betes is a bully, I want it to go away and stop lurking around my children and grandchildren. Dad, if you are listening, I am trying to get that fixed, I really am. I promise I am trying to get it fixed just like you and mom tried, someday we will be successful.

Very touching Rick. Thank you for this one

Amen is right! Thank you, Rick. I know that we will, eventually, get that fixed.

You know, even though I never met your dad I think of him all the time. My car is named after him, after all :)

Mmm. Well I call my meter The Leech. I think that sums up the imagery for me! My Mom's variation on your Dad's wisdom was: "Well, it's better than a poke in the eye with a sharp stick."

And as I grew older, I found that to be apt for a lot of dire circumstances---I mean, really, "a poke in the eye with a sharp stick?"---I cringe at the thought!

I agree about a cure. But we do, indeed, manage things as best we can and I think our folks would find that acceptable!.....Blessings, as ever....Judith

Thank you for your strength, Rick. Sending love.