What's up w/ the lack of trust in medicine?

I know this has something to do w/ insurance billing.
But, these chickens came home to roost during covid.
How could the system restore faith/trust/goodwill?
People are shooting at our medics up here. That didn’t used to happen.
We are the home of the Mayo and we are supposed to be the hub of patient centered care.

It is probably a perfect storm, or a witchs’ caldron of anger at insurance companies, hospital and doctors’ billing, with growing anti-intellectualism, anti-science emulsified with a dollop of “You ain’t tell me what to do.”

As to the anti-science, I put a lot of blame on so called science reporters who have a poor grasp of the scientific method. They jump at reporting the results of studies and I think are gleeful in reporting other studies that conflict with others. This causes people to throw up their hands, saying “I don’t believe any of it.” This has metastasized into every field that has a scientific basis.

The earth is flat and the moon landings are false.

The earth is flat and the moon landings are false.

Let’s also not forget that we have a growing population that is more interested in finding fault than finding a solution. They yell, scream, sue, shoot, etc., which may make them feel better, but in the meantime, they are just tying up a lot of resources that if put toward a solution, would much more rapidly alleviate frustrations. We need to get back to a “can do” society and figure out ways and solutions to how we are going to fix problems rather than dwell on who is at fault or why a possible solution won’t work.

Our nurses are striking and our Docs are leaving medicine. People are having trouble accessing care because of what? Staffing shortages are part of it. That stemmed from the colleges not being able to produce enough nurses. They couldn’t find instructors for a decade leading up to this (but, that’s kinda a half-■■■ excuse. There are people they could have found to teach.)

It’s both internal and external dissatisfaction. The system is genuinely struggling.

The nurses complaints probably come down to a combination of hospital administration and market forces.

People say the Docs get mad because they aren’t really allowed the authority to practice like they want. That’s always been a tenement of the Mayo - that the Docs run the show and are in charge. That’s one of the things that’s supposed to differentiate them. But, in my world, the Docs are as high up the chain as I ever encounter. So, I don’t really understand the specifics of who is implied to be ‘in charge’ if not the Docs. Who’s up there? Administrators? The Insurers? The medical director’s protocols?

There wasn’t really any regulatory authority higher up the chain in medical devices…unless it’s the insurers because they select what devices can be used in practice. It might not be that uncommon for market forces to influence the success of those devices. For instance, sometimes foreign entities start manufacturing the parts of the device from which they make most of their money (non-durable medical). Game over. Sometimes a device is successful, not because it provides any medical benefit, but because it enables a TON of medicare fraud. Game on.

One of the guys from town who kinda specializes in all this stuff told me that it’s pretty well accepted in industry that, “Nothing that makes any money has any value, and that nothing that has any value makes any money.” That was a troubling statement because no one controls the market. It is what it is. I’ve been trying to get that guy to convince his programmers to customize Loop code for a fee, in partnership with a Doc.

Sometimes you follow up the chain and bump into some super odd player who is dictating medical law/practice. That happened with our drivers licensing law over diabetics in my State. It all finally led to one cop from one tiny small town up North. That made a lot of sense why he was ‘running the show,’ because it’s somewhat common for cops to assume they are in charge of everything…especially any medical care that takes place on the street. That guy didn’t know anything, but he was dictating a lot about how the practice of medicine occurred in my State because he was determining how care was conducted for any diabetic who wanted to maintain a drivers license.

I’m just curious because people speak using generalities and are not very specific.

is more interested in finding fault than finding a solution.

I don’t think anybody can find a solution because no one can identify the problem. The system is so complex and veiled that problems are super obscure and in many cases impossible to prove. Look how long it took them to prove market fixing in insulin - 10 years. They’re still working on it. They have only just launched their first lawsuit, even with all the State governments and hospital systems and patients working together. It’s gonna go on forever. That’s just the first step. Insulin is just the first step to cleaning up the medical markets. They are going ‘anti-trust.’

Maybe what we are seeing is a very American distrust of systems and authority. There might be some analogy between banking and the 2008 crash. Perhaps this has been our medical system ‘crash.’

It’s possible, too, that the main players with the most influence in the game simply have no incentive to improve things. Maybe we have a Madoff situation. Also, its pretty Pollyanna to believe that individual actors have much influence or control over the system that they operate within. I’ve seen some Docs exercise agency and authority over the system before. I was impressed, but it made me nervous for them. It was atypical. I’m sure they are professionally indoctrinated not to do that.

This is kinda interesting. The government is monopoly busting. 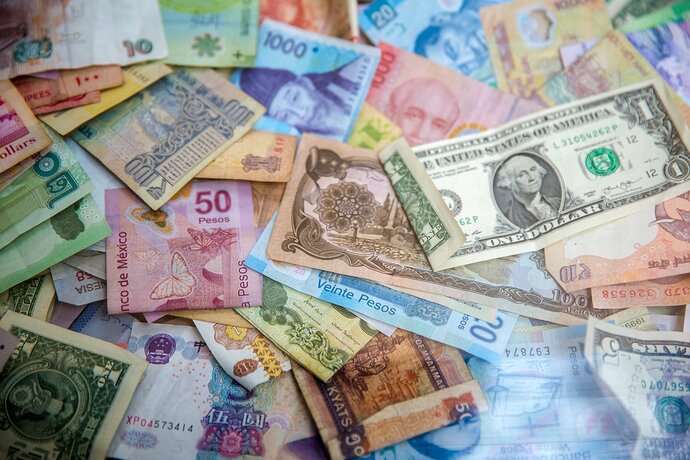 NEW in the Washington Monthly: Phillip Longman Explains How One of America’s...

I think it’s useful to understand where the market is at from the perspective of other players. It describes the effect of monopoly power on pharmacies and providers. They provide explanation of why CA is suing UHG. UHG is an insurer and a PBM with a medical device leg (so, its confusing).

It starts at hour 5:20: Midwest Forum on Fair Markets - YouTube

What does “PBM” mean?

What does “PBM” mean?