Concerned about my glucose numbers

I am curious about what my glucose numbers have been doing lately.

In recent weeks, I have been noticing my average glucose numbers have been rising. Nothing has changed in my diet or health during this time period or for the month or two before.

The actual numbers are not overly concerning to me, just the trend. My a1c came back this weekend at 5.5 percent. I was at 6.2 percent when I was diagnosed with prediabetes two years ago. I treated it by going on the keto diet. In October, I started to increase my carbs. I’m still eating low carb cut not as low as keto (on average I went from 30-40 total carbs in a day to about 60-80).

Until a few weeks ago, my fasting glucose (even with the increased carbs) was around 5 mmol most days. The highest it would be was around 5.5, sometimes as low as 4.5. At bedtime, it would usually be around the same.

Now, every morning, I go to sleep with my glucose hovering around 6 and wake up with it around 6.5. I finish eating dinner around 6 PM every night and don’t eat again until the morning (more than 12 hours later). My two hour postprandial number has been around 5.2-5.5 mmol. Yet it will still rise to 6-6.5 a few hours later. I’ve even tested in the middle of the night where it’s been as high as 7.5.

Does anyone have any idea of what might be causing this increase in glucose? Should I be concerned? I know my a1c is still pretty good (although I had it as low as 5.1 percent when I was following a strict keto diet).

There are a lot of factors that can increase blood sugar numbers. Stress, sleep, exercise and even the change of seasons can drive you nuts. Sometimes if you focus and go back to basics it helps to go back to better numbers. Your numbers are still great, but I understand not liking the upwards change.

People also get something called DP or Dawn phenomenon. It’s a release of hormones that causes a glucose release before you wake to get you ready for the day. A good way to test this is to wake up at around 4 am and see if your numbers are “normal”. DP usually occurs at around 5-6 am.

But when you say it is a few hours after you have eaten, have you changed what you are eating besides the already added carbs? I do not low carb and I’m a type 1, but if I eat something high protein with only a few carbs, my BG level goes up hours later from it. I don’t normally have to worry about dosing for protein, only if it’s with low carb. It’s actually sort of hard for me to dose for it. Because if I take insulin and even extend that insulin over time on my pump, the insulin hits me way before the protein rise does, and then I still get an increase hours later anyways. That increase can even happen 4 hours later for me. High fat also causes a delay in BG rise later, sometimes hours later because it delays the absorption of any carbs you eat. And high fat can hinder insulin sensitivity.

So you might eye what you have eaten and if it is matching up with the hours later in BG rise.

You also might consider self funding a Libre CGM, it gives you a wealth of information even if you wear just one or two. It lets you more accurately know when your increase is happening and how long it’s lasting etc. In the US it runs about $35 each.

Given that I do want to warn you just in case. If your numbers continue to climb and it doesn’t make sense, you could be a type 1 instead of a type 2. 35% of us are misdiagnosed at first because change of diet, exercise works at first until you start to reach the tipping point of it not. Just keep it in mind, just in case.

It’s funny you should mention the CGM. I started to notice this trend because I started wearing a Dexcom. My post dinner number will go up as would be expected in the hour after and then come down slowly back to around 5.5. Then around 8-9, it will start to increase. When I’ve seen 7 on the monitor, it’s been around 1-2 AM.

I haven’t changed what I’ve been eating at all. I might be eating slightly more protein but not much.

Stress might be the culprit but it does happen on days when I don’t feel particularly stressed as well.

I just noticed what you wrote about type 1. I don’t think I’m type 1. If not type 2, I would be type 1.5. Would that explain why even supplements that are meant to lower glucose haven’t been doing anything?

There are tests your doctor can order to help determine which type of diabetes you have, particularly c-peptide, which shows how much insulin you are producing. 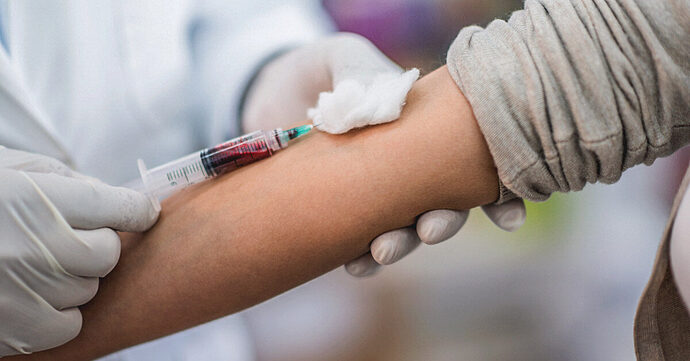 The C-peptide test (insulin C-peptide test) is used to monitor insulin production. It has many functions, such as helping doctors determine the cause of hypoglycemia. Learn more here. Get information on preparation and procedure. Find out what a...

I’m going to see my doctor on Saturday for a physical. I can ask if he can test my C-Peptide.

Type 1.5 really isn’t commonly used. It was/is a label sometimes used to describe slow onset adult diabetes, but really people generally don’t use it and it confuses people, even doctors to what it actually means. LADA/Type 1, Latent Autoimmune Diabetes in Adults is what is a more commonly used term. But it’s all still type 1.

What happens as an adult, is it’s slower progressing, years sometimes. 50% of type 1’s are diagnosed after the age of 30. And because it’s slower progressing it is commonly misdiagnosed as type 2 at first. Most doctors will assume you have type 2 and start you with medications, or change of diet, exercise and that helps for a while with LADA/type 1 too because you still make insulin for a while. It slowly tapers off and it’s what we call the honeymoon period. This can take years to happen, even 8 years plus in some.

So when the usual things aren’t working anymore, it’s something to be aware of as 35% of us are misdiagnosed at first. The only way to know for sure would be getting an antibody test. If positive it’s a sign of type 1. Some type 1’s test negative and don’t make insulin and they don’t know why. And then a C-peptide test. Low or low normal is a sign of type 1 as you are losing the ability to make insulin. High or high normal is a sign of type 2 as your body tries to make extra to make up for not utilizing insulin well.

And yes, supplements worked on me at first and then stopped. At first it helped bring down my BG levels, but I was still making insulin, so it was helping what I had work better.

Thank you Marie20 for your very informative answer.

I’m not sure my doctor will order all of those anti-body tests with my a1c where it is. Most of them aren’t covered by insurance here in Ontario, Canada and can be quite expensive. My private insurance doesn’t cover them either. The C-Peptide test is but requires a firm diagnosis of Diabetes. If my numbers creep up more (which obviously I don’t want), I’ll ask him.

As for the supplements that I’ve been taking (Berberine, Chromium, magnesium and Cortisol manager), I’m going to assume they aren’t working for any of the following reasons given how I’ve been treating my prediabetes:

I’m speaking with my doctor on Saturday and doing a full physical.

Thanks for your help!

In the UK and I think Canada, the most commonly used antibody test is the GADA test It’s the most likely one to be positive on it. In the US you can order them online. It’s about $99 for the GADA plus and $45 for the c-peptide. I’m just not sure how that would work for Canada and of course you would have to be able to afford it.

But yes, doctors here don’t always easily order them without “justification” which means you have to be “sick” first.

Chromium is wonderful. The ones I used to love the most was KAL Sugar Defense and Dr Christophers Pancreas Formula.

It doesn’t look like I can order any antibody tests online in Canada.

I’ve read lots of good things about chromium and Berberine. I’m also taking GABA. None of it is helping at all.