Mystery with my basal Tresiba

I am a female Type 1 diagnosed at 63 just over a year ago.

I take Tresiba, Novolin R for meals and Novolog for high readings if necessary.

I am MDI and no pump in my future.

I am a low carb diabetic that eats the same breakfast everyday, has two different lunches switching days and pretty much the same dinner everyday.

I was on honeymoon for about 8 months then basal needs went from 1 unit a day to 3. Rollercoaster numbers that challenged me for about a month. After about two months my basal needs changed again! and now taking 1.5 units and as you will see I will be changing that again.

I do take one unit for “feet on the floor” upon waking.

Here is what is happening now.

2 AM readings show me at 54 for the past week. This is low for me and new. I take a gluclose tablet. Typically in the past I was at mid 70’s.

During the day after 4 hours of bonus insulin I zoom up to 145. This is new to me as in the past my numbers would be steady around the 90 to 100 mark.

This happens after breakfast, lunch and dinner. Four hours after an injection my numbers go up to 145 then I bolus to bring it down. My protein intake at breakfast and lunch is marginal so I don’t think it’s related to that but perhaps I am wrong.

I am at a loss as to what to do? I am blousing for the uptick with Novolin.

What the heck do you feel is happening?
Any insight?
Advise?
I used to have great basal numbers and reliable patterns.

I have a call into my endo. However I value the acumen of people with direct experience with diabetes.

Thanks for your help.

@NatureOrbs - From what you describe (with plenty of detail

), it sounds like your mealtime bolus insulin Novolin R has run its 4hr course and you haven’t covered off the meal.

Keep in mind that the glucose from a typical breakfast of bacon and eggs might take longer than 4 hours to clear your bloodstream as eating fats with either proteins or carbs impacts how long it takes to clear your system,

Well my mealtime bolus used to cover just fine for all meals for the past 8 months with the exact same meal everyday for breakfast. The variation of just two meals at lunch and the same dinner every evening.

I am inclined to add a bolus at the end of each meal or perhaps 30 minutes or an hour afterwards to see if that helps.

Its just a change that I see as being so mysterious…part of diabetes I guess.

Another mystery was my basal needs going up two full units and then swoosh back down after two months to lower levels.

I think I was spoiled with my honeymoon period which was so simple and easy.

Thank you again for your insight!

I think you meant glucose ?

Some of what I say here may be controversial, other parts not so much.

First of all, if your basal dose is 3U per day, you are still in your honeymoon period, which is usually considered to be while your pancreas is still producing significant insulin. Your honeymoon period may be short or long, depending on how aggressive or how many different antibodies you have. I was dx’ed T2 four years ago with an untreated (and really non-diabetic diet) A1C of 6.9. I was rediagnosed T1/LADA 2 years ago and prescribed 3U/day of Lantus basal plus Humalog for meal boluses (for meals above 30g carbs. I am now at 8U/day Lantus, but I still expect years of honeymoon left. An adult of my mass with no insulin production should have a basal dose of 20 to 30U/day.

LADA has different challenges than normal T1 diabetes, in that you have to account for a variable pancreas that often generates BG numbers that makes no sense, and is a moving target as the pancreas degrades. Susan Guzman has interesting observations on the difficulties of LADA in the following article, search for “Guzman”, near the bottom of the page: 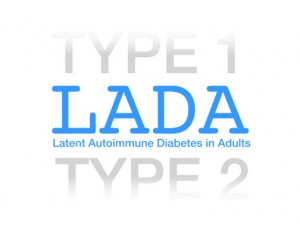 The diabetes community brings awareness to an unfamiliar type of diabetes- Latent Autoimmune Diabetes in Adults. What is LADA and who needs to be concerned?

This next bit is the controversial part. Your BG targets may be overly aggressive. The ACCORD diabetes trial compared “standard” vs “aggressive” BG control on T2 diabetics, and discovered that the “aggressive” control actually increased mortality. A similar trial was done on T1s (I forget which) that had data showing the same problem, which the researchers were loath to come to a solid conclusion. I believe the problem is that aggressive BG targets raises the incidence of hypo events, thus increasing mortality. However, a good CGM should be able to mitigate that risk. My concern was your 2am 54 reading.

In my case, I am a 61 year old LADA, and my goal is to avoid diabetic complications for at least about 20 years. I am currently targeting an A1C of 6.0 (last A1C was 5.7), with immediate BG targets of 100 to 130. I consider 70 the threshold of too low, and treat the range of 70 to 80 as “guardband”. I don’t have a CGM, but the lowest I ever tested was 66. After my CDE was emphasizing avoiding highs, I asked my endo that, if I had to err high or low, my endo replied “high” with no hesitation. I now make sure I avoid lows. My brother (T1 for 51 years) aims for a 130 BG at bedtime to avoid nighttime lows.

As for the daytime “highs”, there are at least 42 things that affect blood glucose:

Among the things that can increase BG are sickness, stress, and vigorous exercise.

Thanks @MM1 I made the change

My endo also wants me in the 100+ teen numbers due to potential lows and I get that.

Coming into diabetes at such a late age is quite something. Not overweight at all, no family history but stress was a huge part of my life.

I do believe my pancreas is sputtering now and that is creating some havoc for me. I was so used to steady and clear numbers.

I value your effort here with responding to me. It helps me a lot.

I used to have great basal numbers and reliable patterns.

I did too, until the honeymoon was over! Unfortunately it’s different every day, and there are so many variables that can cause blood sugar to rise that it’s impossible sometimes to figure out which variable or variables are causing a rise at a given moment. In an ideal world Tresiba is a perfectly flat 24+ hour basal, but it doesn’t work this way for everyone and I wouldn’t expect that it would at the small quantities you are taking of it. 1-3U is a very small amount, I would wager that you have not been getting 24 hour flat coverage but that the Tresiba has been partially covering you and your pancreas has been making up for the rest. When your pancreas produces less insulin as your honeymoon wears off, you will probably see more rises without a significant basal increase. Also, every day is different, at least for me, which is a reason I don’t like Tresiba and prefer an adjustable basal like Levemir on MDI which can be taken at different doses every 12 hours to respond to changing basal needs (a bit more like a pump). There are days or weeks when my basal needs increase and days or weeks when they suddenly drop. I’m sure there are multiple reasons for this, but it’s easier to adjust the dose rather than torturing myself trying to figure out why. It’s a dynamic disease and every second of every day is different, which is what CGMs are proving.

Love the insights you have shared!
It feels to me that the next step is to embrace the changes as they come.
I have accepted my diabetes and that is a big step as my onset was at age 62 or 63 ( numbers are not my thing).
I have had diabetes just over a year now.
Now the next step is accepting this new dynamic and flow with it.
I remember reading somewhere that the ending stages of the honeymoon are very challenging … and I can attest to that.
It provides great comfort to have people respond and dialogue with.
My endo is ok however I feel the breath and depth of people who live with diabetes to be a wealth of experience and wisdom.
Thank you group and participants in this dialogue.

Need basal rate test instructions? Learn the basics of basal rate testing and optimize your diabetes therapy whether you use an insulin pump or injections.

Yes I believe I may need to do that.
Question:
So a 2 am reading is not an accurate basal number?

Not if you’ve eaten in the last 8 hours or so. Basal testing is usually done by skipping 1 meal per day and testing as you go to see if your BG drops or rises an any significant fashion. This could take as much as a week since if your BG does go up or down during the test and you have to correct then you will have to do that test over again after making a basal adjustment.

Oh I see and thank you.

Yes I believe I may need to do that.
Question:
So a 2 am reading is not an accurate basal number?

Have a good read of the link. It covers most things in the 4-12hr window. Normally you would miss your evening meal, as Firenza said

I’m a strong believer in tackling one thing at a time and I suggest you start with the basal, then go on to the bolus. You could start a new thread titled ‘help with basal rate’ I’m sure the forum will guide you every step of the way.

Then later your meal bolus and types of bolus insulins Do you really need 2 bolus, why did the doctor want you to use both R and novolog? The R is trickier to use, 5-8 hours life (and where some of your problems may be coming from), but is good for low carb diet or saving money. Otherwise the quicker acting Novolog may be better on the normal or higher carb diet.

this link is well worth putting on your must read list 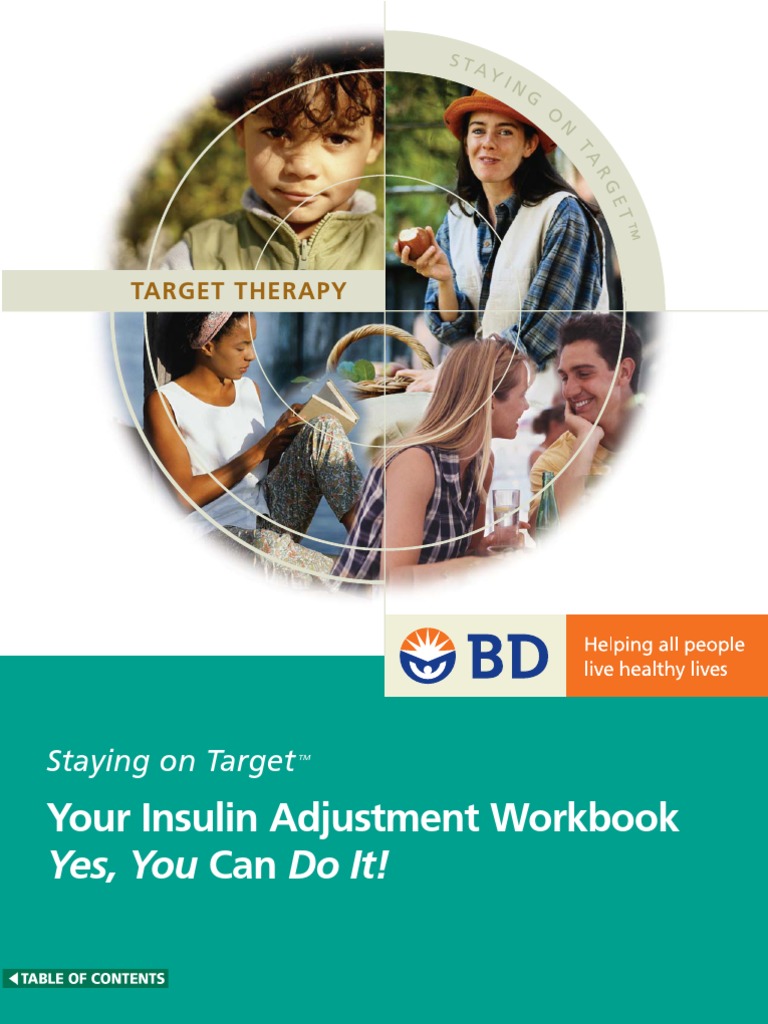 Scribd is the world's largest social reading and publishing site.

Three things happened at the same time…my basal went wonky as did my bolus and I had added a new food at the exact same time…who knew those changes were coming? Not me for sure.

So after much untangling the “three threads” I have my basal and bolus back to normal and predictable levels.

I also dropped the new added food item which made a big difference as well.

Thank you all for your assistance…