POLL: Are you or have you been involved in advocacy efforts?

Are you or have you been involved in advocacy efforts?

We have been involved in:

Adding blood glucose check as part of the triage at a local hospital, to prevent DKA in young kids.

So if I’ve signed petitions, does that count?

I would say yes!

Yes sort of. I am a proud survivor of psychiatry and donated alot of time to exposing all the fraud from that abusive dishonest industry.

Almost. As a child my parents dragged me to the odd diabetes fundraising and awareness event. All I can remember are the crowds and sugar-free gum. As an adult I’ve been getting the occasional itch to get involved with something…

When I was first diagnosed 10 years ago I was very active and a proponent of Low Carb eating ( back then it was know as eat to your meter). I was successful, off meds and numbers in the 5’s. But to put it nicely the diabetes community was not supportive. So after a few years, i just gave up.

It is ironic that Keto is now the big thing.

I still want to make videos of getting profiled at the pharmacy. A diabetic trying to buy syringes says a trip to the Brook Road Walmart turned into a nightmare that nearly jeopardized his life.

I was thinking about it some more and I think honesty is the best policy so I will go in with my camera and say right from the start I am making a documentary about living with diabetes.

If they are cool with it then I will ask for my supplies I am legally allowed to purchase without showing ID or running my name like I am detained at a traffic stop and record what happens.

When a diabetic is denied syringes, there’s a big problem

It’s legal to buy syringes in Texas, but some drugstores are playing hardball.

I was on the volunteer board for the local JDRF chapter for 2 years. I was also a JDRF Research Information Volunteer for about 6 months.

How did you get started on something like that?

It is really easy to volunteer most groups are looking for help.
If you are in a larger city, the groups may have an branch there,
Or go online and see what they offer in your area. I around that if you go to fund raiser, events you get to know the people who are active. Also check out the face book pages.

I have also found that groups are not always the fit that you think. So try and discard if it is not working for you.

I use to live in Washington DC, and had meant some ADA active people (I am not a supporter of the group). Then i moved to San Francisco / the ADA has a yearly event on Capital Hill in DC to lobby congress. So I volunteered for that (paid my airfare. Was going anyway and stayed with friends. ). I tried TCOYD, I am a T2, realized they were not really interested in t2’s Not on medication. Worth a try though.

Note for those who are truely interested but might have limited funds, there are usually some form of scholarship program for travel expenses.

I expressed interest in the JDRF to one of my college friends who was on the board. She said I should apply so I subsequently got a slot when one of the other board member’s term expired. I heard about the Research Information Volunteer program while I was on the board. I really enjoyed it but you can’t serve on the board for more than two years. I still support them by attending events and through donations.

I’d check out the diabetes advocate charities in your area, attend an event and if it looks interesting to you, contact one of the organization’s managers.

When I was first diagnosed 10 years ago I was very active and a proponent of Low Carb eating ( back then it was know as eat to your meter). I was successful, off meds and numbers in the 5’s. But to put it nicely the diabetes community was not supportive. So after a few years, i just gave up

I had identical experience. Was on oral meds for a while and Joslin said that low carb works but was not an approved diet so I went their route for next 27 years and went on insulin, kept taking more to keep my A1C where they wanted it, and kept increasing exercise.

Was always told I need to understand Diabetes is a progressive disease and I am doing fine. In past few months, I have progressively lowered my carb intake requiring a progressive drop in insulin use from 50+ units a day to being totally off of all medications including insulin. I told my endo what I was doing and she said sure it works, but she is worried about my health. I have not felt better in decades.

I believe in moderation in all things so am strictly eating to my meter and my scale. How long will it last? Who knows but for now it works for me. MY CGM tells me if I am eating enough or too few carbs and my scale is telling me if I am eating too few or too many calories, the only 2 pieces of hardware that I need.

Insulin is still always with me for now, just in case and if I slightly overdo the carbs then a little aerobic exercise fixes that.

Just watch out for Astroturf posing as grassroots.

I don’t know the diabetes world so well but I was involved with human rights psychiatry . Those snakes play dirty. 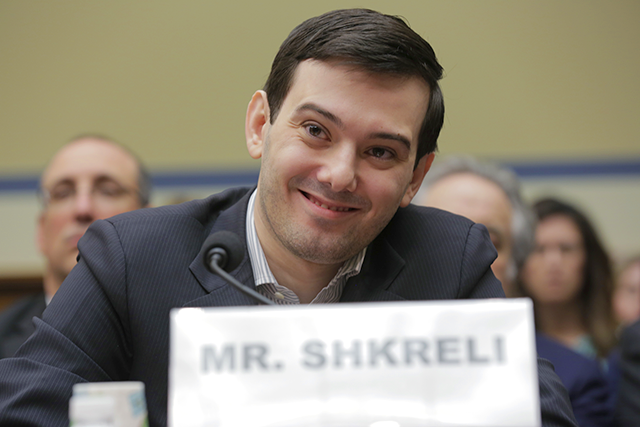 "It’s pretty clear after dissecting the activities of this new patient advocacy group that it’s advocating for more drugs no matter what the price, no matter how effective or ineffective they happen to be," writes Trudy Lieberman.

I post a lot in type 1 groups on Facebook, Newly diagnosed T1D’s and the parents of T1 kids appreciate hearing about my past, with diagnosis in the 1940’s. They are relieved to know that people diagnosed that long ago can live 70+ years with T1, and not have any serious complications.
I have been a speaker for local groups where I live, and I was a speaker at the Friends For Life type 1 conference in Orlando in 2015. I will be a speaker there again this year.

I got my first blood sugar meter in January of 1977. That was after an extended conversation with Richard Bernstein the previous month.

I started several people on testing blood sugar, but it was tough because most doctors didn’t approve. I worked my entire career with an International company and had access to company doctors. On those occasions, I would do a demo of this new blood sugar device. It’s hard to know if that had any effect, but I think educating doctors is an important form of advocacy.

I did serve on a local ADA board for several years, but that was mostly a fundraising activity.

I just signed up with joinallofus.org, so I haven’t had a chance to do any advocacy as of yet. But that could be the most important thing I could participate in. Basically it is an attempt to create a huge database of people that records their health, medications, lifestyle etc. I believe this is the pathway to personalized medicine. While it is not specific to diabetes, I anticipate that this will lead to new and better approaches to treatment — for Allofus. Many will be concerned about security, but I believe security is being treated as a priority. This study is ongoing and is sponsored by NIH and it’s director Francis Collins. I’m looking for ways to be an advocate!

I started several people on testing blood sugar, but it was tough because most doctors didn’t approve.

Wow, 1977 is early—I was dx’d in '83 and I think I got my first OneTouch in '88 or thereabouts, which I think was about when they first came on the consumer market. Before that it was Chemstrips. Hard to imagine a doctor objecting; it was all mine could do to get me to test regularly back then! Of course it was before carb-counting and bolusing to an I:C ratio was really a thing, so there wasn’t the impetus for 4-5 tests a day.

It WAS early! As far as I know, I bought the third meter in my State. And the other two belonged to a hospital and a company medical office. There were no calibration numbers. Dr Bernstein, not yet a doctor, created a set of colored strips to help calibrate. I went a different direction and wrote an equation for each bottle of strips. My doctor at the time had seen this meter at a conference once but was concerned that the size of the drop might affect the results. After some discussion, he agreed to write a prescription. Richard Bernstein had to go to medical school and get his MD because he was not believed and couldn’t get his book published. I helped one young man whose doctor told him flat out to avoid such testing and let Him make the decisions.

I’m really excited about the AllofUs project. I’m sure it’s no surprise to you that drugs that help one person don’t help, or even harm, another. And we know that the efficacy of treatments vary by gender, race, diet, age, environmental toxins, genetic makeup and probably other factors we don’t even know about. The All of Us project is attempting to enroll at least a million people and to collect enough data that we can begin to correlate some of these factors. Women and minorities are often under-represented in research and clinical trials. But this study is for all of us.