I assumed that we would have lots of new members this year due to diabetes being in the news. Is there an increase in trolling? I am notoriously bad at recognizing trolling behaviors. I believe everything that everyone says to me. Any pointers helpful. I was accused of being a troll when I first joined this site. The advice given to me from a forum member was, “Don’t try to be too funny.” Just wondering what the feel on the street is. They have gotten me pretty good before.

These days a “troll” is anyone who speaks outside the artificial little box created and defined mostly by CNN and Fox news.

I was accused of being a troll when I first joined this site.

Just a normal side effect of being critical of the crooked system.

@mohe0001 In a slightly different context, my S.O. says I’m a troll…lol

As an administrator on this site I have to say that spotting trolls is an extremely difficult task, one that I admit I have not yet mastered.

True trolls are not that frequent and innocent people sometime exhibit troll like behavior. Telling them apart is the hard part. I would rather let a troll exist among us than to make the mistake of wrongly accusing someone.

There are many different kinds of trolls. Here’s a website I found on the topic.

Just DON’T reply to ANY suspected troll. Simply observe. And they will go away soon enough. No one gets mistakenly accused.

Just a normal side effect of being critical of the crooked system.

As an Admin on this site I gotta say, if I’m a flunky of the crooked system I’m clearly not getting paid enough.

I’m not even part of the system since I am not American nor do I live in America. Please send on my back-pay for being part of a crooked system.

Mxracer01, the world is a giant meat grinder trying to chew you up and spit you out. It will never stop trying to do that. My heart goes out to those of you with late in life diagnosis. I think its different (in ways that I probably don’t understand) to be born in a cage (juvenile type 1), than to be forcibly put into one later in life. 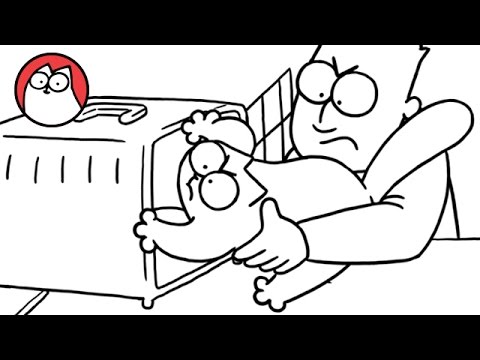 We may need to do a better job of introducing you to all the things that you do have control over. For many years, I had to focus on that stuff. There was enough of that to keep me busy for two decades. Thats the stuff that will keep you alive long enough to see the system come to its knees. Its a long term fight. I understand your frustration. Its legitimate.

Put some focus on being the best diabetic that you can be. We produce “gold star” diabetics here. I found that it was impossible to make any moves against the system until all my diabetes ducks were in a row. It takes strength to attack the strong powers that be. You need to do all the work that you can possibly do to prepare for battle.

“Someone has to do your work and you are the closest person around.”
Diabetes is as much an art as a science. Good audio clip about doing your own work/art: https://www.audible.com/pd/Art-Fear-Audiobook/B007V556PG

I don’t troll here, but facebook has banned me at least 30 times

FB shudders when it sees you appear on he horizon. Someone shudders from behind a computer, looks up, and whispers, “Hell is coming to breakfast.”

I guess if you count having a differing opinion from the flaggers as trolling then yeah there might be an uptick. God forbid people have to interact with someone who has differing opinions to theirs, huh? What good could ever come of that.

I think one of my other personalities is a bot - there is a mean one also, that’s the one that gets me banned all the time

If you want a troll board - go here

Say anything you want

I am there everyday

I’m so out of the loop (no pun intended), I thought trolling was someone like me who just reads from these sites to get much-needed help and advice and doesn’t contribute much. I’m so new at this I guess I’ve just been busy soaking up all the info from the pros here. But this post topic is making me realize that maybe it’s time for me to get more involved. Though I am delighted to know I haven’t been a troll after all, maybe just a peeping tom lol.

Actually that’s traditionally called lurking or being a lurker.

You will make more friends here @RHOSF if you make your points and not comment on how foolish others are for disagreeing with them. The focus on this board is on helping others meet the specific challenges that we all face day to day with diabetes. Political discussions aren’t part of the core function of this community and political discussions that leave people angry at one another actually get in the way of what is most important here.

@still_young_at_heart thanks for the tip! Unfortunately for now, politics are directly related to my experience dealing with type 1 diabetes. I think a lot of the issues in the US are due to people choosing not to interact with people who disagree with them, and choosing not to consider perspectives different from their own. In my opinion, these types of conversations are one of the most important things a diabetic in the United States can engage in right now. Not trying to troll, just trying to help people see my perspective.

I honestly don’t think I understand what troll behavior is. Cause IVe gone off at companies a few times. I’m critical of the current administration but only as it relates to healthcare as this is a site about diabetes.
I’m never dismissive or mean to other people here but there are some really weird posts and sometimes you just need to say WTH?

But that’s more just crazy and not really trolling. At least I think.
But I’ve never been flagged. At least I don’t think I have.
I assume we can put away politics and race and all that to come together and figure out how to get by with this crappy disease.