Editor’s Note: This article will be updated regularly with breaking news and announcements during the course of the European Association for the Study of Diabetes Conference. Check back often! Follow along on Twitter at #EASD2018.

My pharmacy is going to be all confused with the Libre changes, but this is great news.

My main question is whether or not its MARD is better than the Libre 1. Given that the Dexcom G6 has an improved MARD over the G5, and that Abbott is working on a closed loop system with Bigfoot and want to use the Libre 2 in it, I think it is rather likely.

Thanks for the update!! Any idea where I could get a copy of the Lilly presentation? I didn’t see a link. Or was it just a open panel discussion?

From our friends at Diatribe:

Dr. James Gavin: Categorical “Treatment Boxes” Do Not Adequately Address the Heterogeneity and Diversity of Diabetes

In a riveting keynote lecture on the diversity and heterogeneity of diabetes, Emory University’s Dr. James Gavin advocated for a novel classification system to “illuminate the pathway to comprehensive, better-targeted, and more effective treatment of diabetes.” 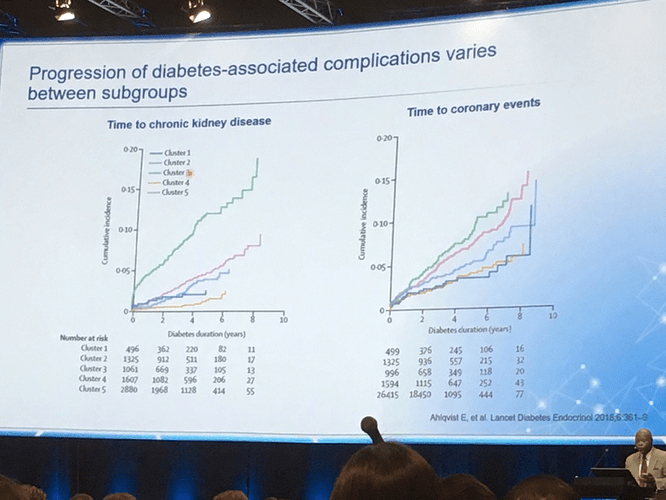