Anyone seen more detailed protocol on this? 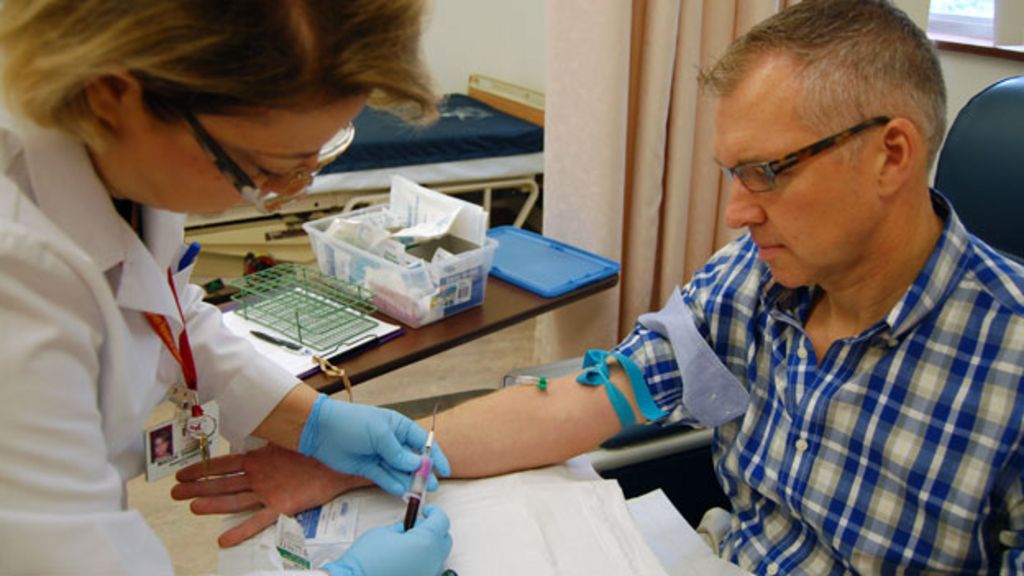 Restoring the pancreas through diet could be "immensely" beneficial, doctors say.

This is another example of a scientific observation being made and then a “yuge” leap to a conclusion. It has been known for years that eating a diet that surges blood sugars to high levels can cause beta cell destruction through glucotoxicity. The authors seemed to have ignored this previous work and concluded that a fasting diet which is inherently low carb somehow preserves or regenerates the pancreas. While fasting can probably give your pancreas relief, stopping the glucotixicity and perhaps even healing a little, in the long-term, a low carb diet is probably also effective. Bottom line, fasting itself has nothing to do with it, it is probably glucotoxicity.

Before forming any sort of opinion on this work, I think it is really important to read the original research paper rather than getting side-tracked by the rather over-excited media coverage,

This is a long and extremely detailed piece of research published in the very well regarded journal Cell. Cell has a reputation for requiring thoroughness and on a quick first skim through it seems like a carefully carried out piece of research. However, it is going to take several; hours to read it carefully

I will try to post a critique next week. However bear in mind that the objective of the paper is actually to try to shed some light on the biochemical mechanisms of cytotoxicity and regeneration in beta cells and not “Scientists prove that magic diet cures diabetes”

I’m happy for diabetic mice. Now prove it in humans.

If I ate 800 calories I’m sure my a1c would be fantastic, but I’d be a mean ravenous horrible person.

Sure, but the mice were diabetic because of what they did to them.
And the control group lucked out.

I will try to post a critique next week.

I am looking forward to your review. I am unfortunately unable to find any time to analyze source material right now.

A bit off topic-
BBC is not alone in this, but god I hate how all diabetes news has illustrations of people lancing their fingerTIPS, or giant, humongous needles. Please.

I’m sorry, I did read the original article. That was the basis of my comments. The authors made absolutely no mention of the science of studies of low carb diets and instead focused only on work related to severe calorie restriction. By the authors own admission they “developed a low-calorie, low-protein and low-carbohydrate but high-fat 4-day fasting mimicking diet (FMD)” The authors fail to even recognize the abundance of literature related to how normalizing glucose from high levels halts and reverses processes that lead to the decline of beta cells. The authors essentual leap to a conclusion present throughout their article that the changes observed are due to the “fasting” not to the restriction of carbs. If you read this article carefully you are just left with the lingering suspicion that the authors were either isolated and naive or afraid that their would never get funded and published if they made it about a low carb high fat diet.

If there’s no cinnamon it didn’t happen.

I was curious to see their definition of “low calorie, low protein and LC” so I found the methods section in the paper. They used a commercial product called ProLon. When I went to that site, there was nothing listing the diet composition. I even went to the relevant patent, and because the tables don’didn’t show, the nutritional composition wasn’t shown there either.

I’ve contacted them. Will post if I get an answer. But this strikes me as research designed to sell a probably expensive commercial diet.

If you read this article carefully you are just left with the lingering suspicion that the authors were either isolated and naive or afraid that their would never get funded and published if they made it about a low carb high fat diet.

I’ve looked through the paper. I have no training or background in biochemistry, so I can’t say I’ve read the paper very carefully (and you can?). However, I think I understand what the authors have done and what they’ve found. To reiterate what @jjm335 posted, this is not a paper about magic diets They are not referencing any of the “science of low carb diets” because that science is only peripherally related to the work they are reporting about. Your impression that the authors are naive or academically dishonest is in my opinion unwarranted. Outright dismissive posts about what appears to be serious and interesting scientific work are then prompting people to invoke the usual “cinnamon” jokes, or make erroneous conclusions such as this one:

But this strikes me as research designed to sell a probably expensive commercial diet.

I am pretty certain the authors are not promoting or selling any diets, and the research is not designed to enable them to do so. There is no point in contacting the authors about any diets.

I am looking forward to reading reviews by @jjm335 or whoever may actually be able to read the paper more carefully.

I do have biochemical and scientific training, and will read it more carefully myself over the weekend. I do want to say, repeating a bit of what @jjm335 said, that Cell is a very prestigious, peer-reviewed journal. It’s at or near the top of the heap when it comes to biology and biochemistry journals. That doesn’t mean every study is perfect, but they aren’t going to publish shoddy work.

And the idea that scientists publish peer-reviewed work in order to sell a commercial product is rankly offensive on several different levels. Such assertions seem to me to stem from two issues common in the US of late: anti-intellectualism as a core cultural value; and lack of basic education in science and the scientific method. To blow off peer reviewed work without having read or understood it is completely absurd.

Having lived with a seemingly continual stream of disappointments regarding breakthroughs, I think the cynicism can be perhaps slightly understood, and forgiven

Lets try to stay positive.
It will be fascinating to look into this.

I did read the full text of the article, and the evidence seems good that it had an effect on beta cell regeneration. However, I didn’t see a comparison with actual fasting or LC diets.

I finally found the diet composition. In order to do so, I had to look at another cited paper and then download the enhanced version, as the regular version didn’t include tables. How many GPs have time to do that? Composition is:

Full disclosure, the primary contact on the article (Valter D. Longo) does, in fact, own the company that sells prepackaged fasting meals. So, in this case, there might be a dual interest. I realized that after I read the study and looked into his name a bit.

Also, these were some links I found about replicating the diet.

mimicking fasting so the body is ketogenic, It can be done with very low calorie, as in the study posted that I just read.

Normally is low carb, moderate protein, high fat to the calories needed to be sustainable. AKA the standard Ketogenic diet used for epilepsy, diabetes etc.

They really can’t do a 5 day study, it can take a few weeks to fully adapt to fat burning. There are gene expressions that come into play 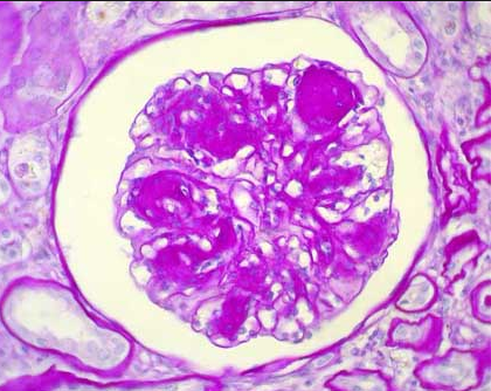 One of the major complications of diabetes involves injury to the small blood vessels traveling throughout your body. The excess glucose circulating in your blood stream is toxic to these blood...


…The excess glucose circulating in your blood stream is toxic to these blood vessels, resulting in damage to the organs or structures they supply. In the kidney, this results in damage to the glomeruli, the microscopic sieves that filter your blood. A new study in mice has shown that a ketogenic diet may reverse this damage: :
“The key to the whole study is that ketones block glucose metabolism,” Mobbs said. “Pretty much everybody agrees that diabetic complications are caused by too much glucose metabolism in the cell, so it was kind of an obvious hypothesis that if you can increase ketones long enough, that that would block glucose metabolism and allow the cells to recover from their damage.”

The heart also seems to run better on fats
also released from the PURE 17 country study, fat decreases CVD risk and carb increases it (broken down to 20% population intake ranges)

I find this reporting (not the study) somewhat disturbing there has been a recent news story in Canada about a boy whose parents tried to control his Type 1 without insulin with very tragic results.

This is a sober reminder that diet is part of the treatment but not the whole treatment. 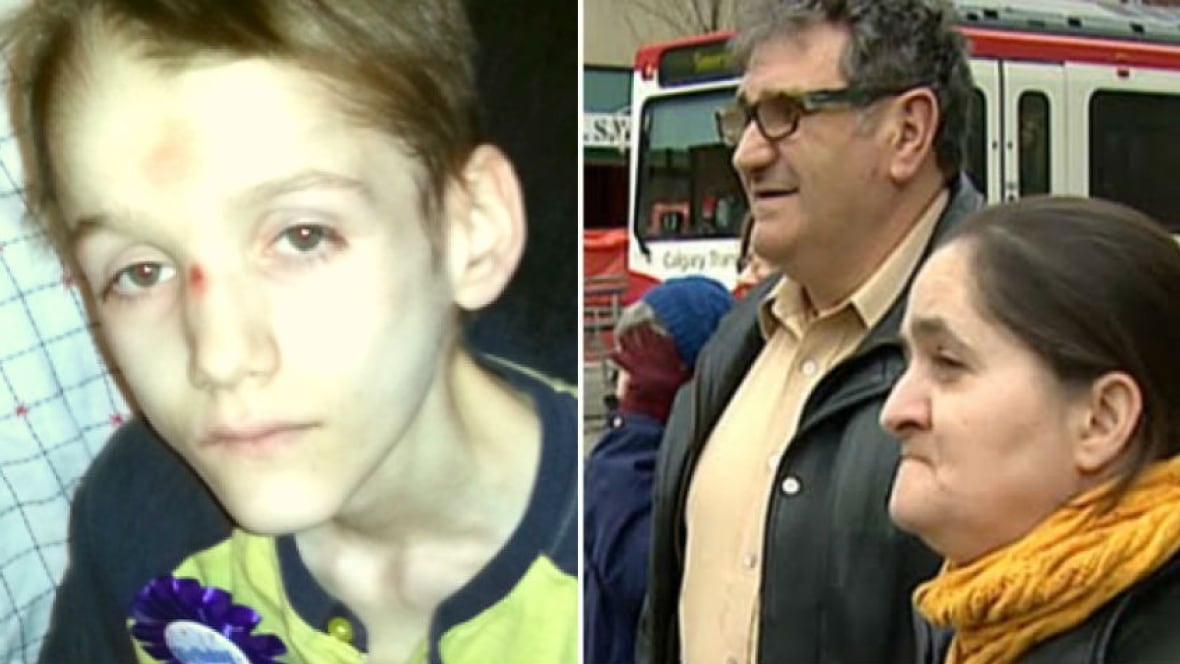 Parents guilty of 1st-degree murder of teen son who weighed 37 lb. at death

The parents of a 15-year-old boy who died from starvation and neglect have been found guilty of first-degree murder by a Calgary judge.

That’s why all this stuff should be put past our Doctors. the fasting diet wasn’t keto, it was actually a low calorie low on everything diet and not sustainable. It is maybe the reason it was very short term, even with mice.

In it’s defence, a Ketogenic diet is an accepted, mainstream, medical diet used to control epilepsy. It’s not a nutter diet.

Re the link to the death of the child. There have been a few (normally religious) nutters trying to ‘cure T1’ without insulin, with the same devastating end result.