I was an extremely happy Freestyle Libre customer since it was released in Canada. I went though about 7 sensors without issues and as I said was thoroughly enjoying it.
Until:

Now the fun part, try and call technical support, first time on hold for 1 1/2 hours, second time almost the same and both times the line disconnected, third time called at 2:30 pm PST and guess what at 3:30 PST or 6:30 EST, at precisely the above time, you guessed it “nothing, dead line”. The message says “Your call is important to us, please stay on the line and we will answer your call as soon as possible. Please note our hours are 9:30 am EST to 6:30 pm EST”. As well try and find a contact email, your not going to find one lol, I finally found the following CustomerCareFreeStyleCanada@abbott.com will see if they answer to this exact email.

I am just putting this out there for people as I am now going to the Dexcom G5, at least they have support.

Thanks for listening all, and please be very cautious with Abbott !!!

I called in last week to get some answers to a few questions and they picked up right away, but I’m in the U.S. Maybe there is a difference?

Called US this morning at 6:20 AM local time, immediate pickup, could not help, called Canada support at 6:31 AM guess what, “Your call is important to us…blah blah blah” held for 30 minutes and it’s official Dexcom, or Minimed, here I come.

It’s too bad because it is a good system.

I’ve called a few times from the US, no real wait at all…

After being used to 24x7x365 Technical Support with Animas, Tandem and Dexcom, I would certainly find it very frustrating not being able to call at night or weekends.
Realistically, nights and weekends are when I have more time to spend on the phone trying to work out an issue.

Canada is totally different from the US unfortunately for us

I called about 30 minutes ago and the exact same thing. I guess the best thing I can say then is my apologies for the post as this is obviously just Canadian customers

Let me revise my previous comment about Dexcom’s “speedy” service. I’m on hold right now, and simply forgot that this has happened to me plenty of times. DUH! My memory is the pits!!

That is the usual Libre discrepancy, nothing strange there. The sensor is always lagging behind the blood value, and it’s showing you an average, according to their strange algorithm.
If you have an android phone with NFC, you may want to try a third party app (Glimp for example) and scan the libre with your phone instead. Alternatively you buy a Ambrosia Blucon Nightrider transmitter and turn your Libre into a CGM using xDrip on your phone (both iOS and Android). All these 3rd party apps have more real-time algorithms and differ vs blood about the same as Dexcom.

I ordered a Libre in December. When I received it, the reader would only turn on when connected to the power cord (even after overnight charging). Obviously a defective reader. I also tried one of the sensors, but it failed to start, likely due to the fact that the reader couldn’t retain the sensor status without a working battery.

So, I attempted to call Abbott technical support.

Contact information for support on the Abbott web site is non-existent. The 1-888 number provided takes you the Abbott Sales department - who will rapidly inform you that they do not provide technical or warranty support and they then provide another number to contact (forcing you to wait on hold a second time).

When you phone the supplied support number, it’s appears that the Libre technical support in Canada is provided by a third party company (not Abbott). I then spent about 3 hours waiting for an agent to pick up the phone. When I got someone on the phone, they determined that the Libre reader needed replacement (determined by going through the codes in the error log on the reader). I was told that I would receive a new reader within a week (by the end of December).

However, strangely, I’ve recently received two sensors and a box of test strips from Abbott - not clear why. But still no reader. I expect that somewhere along the line, the support team Abbott has contracted in Canada, has messed up.

Regardless, I am looking forward to getting my hands on a working Libre reader as the system sounds like it will make frequent testing much more convenient.

The Libre is significantly more expensive than standard test strips (about 41% more). I typically test about 6 times per day using the Bayer Contour Next system which links to my Medtronic pump. At $0.76 / strip, this is $63.84 / 14days where the Freestyle Libre costs $89 / 14days. However, I expect I would also end up doing more testing and gain added benefit from that, so it may end up being a wash. It’s still cheaper than the Medtronic CGM system, which is roughly $50 / 3day period - but that’s CGM and the Libre system is not.

The Freestyle product is covered by my insurance company, so that makes it easier financially.

Thanks to the OP for the Abbott email address - I’ll send them a note to find out where my replacement reader is (unfortunately I don’t have time for the long hold times on the Abbott support lines).

Are you able to get the Contour Next strips online from Amazon?
I see them for about 23 cents / strip.
Not related to your Libre but at least you could (potentially) cut your testing cost substantially?
But I have no idea if that is the same across borders or if the price would change. 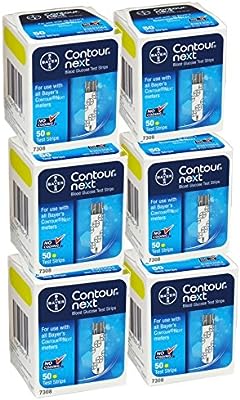 3 days later Dexcom Canada decides to answer he phone after about 30 minutes, I got a person that takes a message and details and says a tech will call you back within an hour. Guess what 4 hours later no call back, so I decide to call again, to my surprise the same person answers after about 20 minutes on hold. I give him my name and he was “surprised” no one called back, told me he messaged the tech and as soon as she finished with the call she was on she would call me.

20 minutes later, I got a call back. Yes replacing 1 sensor, but not the second one saying she will send me 10 test strips to use with the built in meter. I said this doesn’t make sense because I have been using my current meter, without this descrepeny. Not going to argue lol.

After this call, about 10 minutes later, received another call from another tech.

If anyone here is in British Columbia IM me and I can give you the BC Abbott Reps number.

Another way to get your areas reps number is go to your local pharmacy and ask them for it, they always have it (learned that from a diabetic nurse)

Anyways, thank you for listening everyone, now the question, to change or not to change. Not an easy decision as I love not have to do the finger prick, after 35 years it’s a nice break !!! But service is huge to me.

@SiggyB
Can you clarify is your post about Dexcom Tech Support, Abbott Tech Support or both?

(Sorry - I just got a little confused.)

My apologies I was all over the map, Abbott Canada/freestyle libre

Are you able to get the Contour Next strips online from Amazon?
I see them for about 23 cents / strip.
Not related to your Libre but at least you could (potentially) cut your testing cost substantially?
But I have no idea if that is the same across borders or if the price would change.
https://www.amazon.com/Contour-Next-Bayer-Contour-Glucose-Strips/dp/B00W4AYK32

Thanks for the suggestion. I’ve always bought test strips through the pharmacy, but it looks like I could save if I buy through Amazon.ca - down to $0.69 / strip. Luckily my insurance covers any testing costs whether it’s the Freestyle Libre or Contour Next, however I’d still like to pass along the lowest cost to the insurance. company.

Brad, unless you are privy to the contract between your insurance and a particular pharmacy, you won’t know what the insurance pays the pharmacy. Just because YOU might get something cheaper somewhere has nothing to do with contracted pricing between suppliers and insurance companies. Insurance often doesn’t allow certain brands of strips to be covered at the same rate as other strip brands because of NEGOTIATED pricing.

That is still a big price difference between the amazon.ca site and the amazon.com site. Would you be able to order from amazon.com at the lower price?

[I have no idea if that is allowed across the border or if that is some sort of issue?]