I have concerns of Lucentis treatment

Diabetes Complications and other Conditions Eyes
Electron April 5, 2021, 2:50am #1

Hello,
I have been having monthly eye injections of Lucentis. My vision is not getting better, and its been getting worse since starting, and it was not this bad to begin with. I want to stop the treatment with concerns that it will cause permanent damage. Of the papers I have received, I cant see what the diagnosis is, I’m on 5mg medication for type 2 diabetes. And the eye doctor said that I need to wait to go to an optometrist for new glasses after treatment. The doctor said that the injection will most likely be an ongoing basis.
Will there be any harm to my eyes, if treatment was stopped? Are there are any alternatives to this?

Are there are any alternatives to this?

Are you being treated by a retina specialist? If not, see if you can find one for second opinion.

I had my eyes treated many years ago, before injections were used. But know many here have posted about Avastin injections that sounds similar to what you are getting. Hopefully someone will post of their experience on that, or you can search. 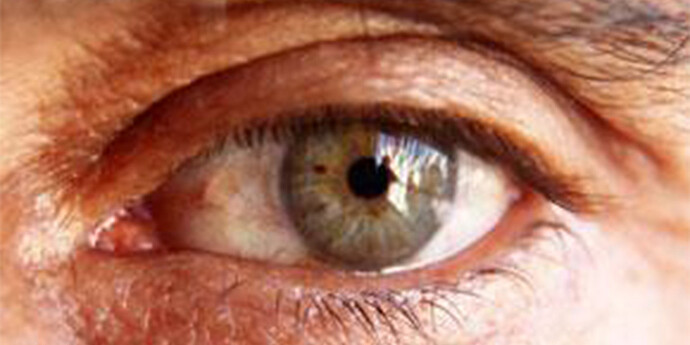 Avastin is the brand name for bevacizumab, a drug injected into the eye to slow vision loss in people who have “wet” age-related macular degeneration (AMD).

but I am wondering what the treatment was that you got before injections?

I was diagnosed with T1D 55+ years ago. My first eye treatments was laser, in late 1980s and they were not as precise/advanced as current lasers.
There was no other treatment, and it was risky with older technology, so eyes were not treated as early as they are now. Within a few years after first lasers (which was delayed due to equipment failure) I had significant bleeds that led to a vitrectomy, performed in hospital. But they advised to first wait 6 months, although 2nd opinion dr said to do asap. I opted to wait, and years later told by current dr that it was bad advice to wait.

Since then I’ve had cataract surgery in both eyes within last 15 years, and a few very minor laser treatments.

Of the papers I have received, I cant see what the diagnosis is

They worked for me but I don’t think they are successful for everyone. I did a lengthy series of Lucentis injections that were successful in treating my Diabetic Macular Edema. I was lucky my macular edema was caught early before I noticed the effect on my vision. I will guess that no one else will consider a case of shingles on the face a lucky break but the shingles were what sent me to the ophthalmologist for an unscheduled visit, it seems that shingles on your face can damage your eye.

I found this explanation of Diabetic Macular Edema on Mayo Clinic’s website.

In people with diabetes, too much blood sugar can damage the tiny blood vessels at the back inner wall of the eye (retina) or block them completely. This condition is diabetic retinopathy. Sometimes, tiny bulges (microaneurysms) protrude from the vessel walls, leaking or oozing fluid and blood into the retina. This fluid can cause swelling (edema) in the central part of the retina (macula). This is a serious eye complication called diabetic macular edema that can cause vision problems or blindness.

My injections started out being a monthly event but lessened in frequency as time went by. I was at four month intervals when I decided to pull the plug. I do believe that it was my doctors intention for them to continue indefinitely but after being told at three consecutive visits my edema was gone I stopped the injections, I also stopped seeing that doctor.

While I am grateful to this doctor for finding and curing my macular edema, the whole episode left a bad taste in my mouth. The doctor was not honest with me through out my treatment. He never gave a true answer to my questions preferring rather to string me along. In the beginning he told me it would be 4 injections then after those were done he added more, then more, then more and so on until he finally indicated there was no set end date even after the edema was gone. I wear my big boy pants every time I go to the doctor I don’t know why he felt it best to withhold the truth.

I posted about my experience after my first injection, its been 5 years since I stopped injections, so far no more problems. You can read my post using the link below.

Cross My heart and Hope.

Hi Gary,
Thanks so much for sharing your experience. I have thought that the Dr.s abuse their position of authority over their patients trust, just to secure their income, and appease their big-pharma reps for kick-backs.
My questions I have for you Sir,
Has your eye sight been fine since you stopped the injections?
Are you still taking the type 2 medication? If so, what is the name/brand of it? Or how many mg? Because, I had real bad effects from first being prescribed 180-200mg. Im in New Zealand, but I think these dealings are standardized and understood universally. Going from Dr. to Dr. gradually getting a reduced prescription, now I am down to 5mg. I am currently taking the brand Trajenta, linagliptin film coated tablets. I have no bad effects from this, since starting this strength 1 month ago.
I take my blood insulin level readings every day, and the highest it gets is 9.4 and the lowest is 6. That is between normal range from what I can gather.
20 years ago I had level readings of 19, and I changed my diet to rectify that.
The nurse that comes to me for ‘well vists’, made it out to me that its because I have diabetes that I need glasses, but I have always needed a strong glasses since I was young. In my late 70’s now, and they want to tell me that I dont know my left foot from my right.
I’m just wondering if you have the same condition of needing strong glasses like me, or if they are a lighter strength after the edema and Lucentis injections?
Also I only get high blood pressure when I go to see the doctor, mostly as a symptom of being nervous in their office, and they initially put me on 80mg Olmesartan, after complaining of my pulse being heavy and erratic from taking the meds. Then they gave me a prescription of 40mg, but I do not really take them at all now, and I feel fine.
Thanks for taking the time to read my concerns and share your knowledge, its not easy to find people to relate these things with, since our medical records are shared between all the Dr’.s. and the peoples faith in the medical institutions leaves a lot to be desired.
Thanks again, and God Bless.

Hi Electron, My eyesite has been fine since I stopped injections, I do and have always worn glasses but not an overly strong prescription. I seem to suffer no long term effects. While I did eventually stop injections my treatment was a long term process consisting of many shots. I did not stop treatment until after I was told my edema was completely cleared. I was told that I responded well to treatment and that not all are so lucky. I would not have stopped treatment if my edema persisted, I recommend the same to you.

I am long term type 2, I was diagnosed in my mid-thirties, now in my mid-sixties. My type 2 has progressed considerably over the years. I became insulin dependent 10 years ago.