Last week, Lilly Diabetes hosted a workshop to talk about insulin pricing and access with a handful of respected diabetes advocates. Diabetes Mine has a really good summary of the event.

@Mila was there and was representing Diabetes Hands Foundation and the TuDiabetes community. I’d be interested in hearing her perspective.

I know there has been some intense scrutiny expressed on social media about this event. The general criticism I have seen is something like, “pharmaceutical companies created the problem, so why would they help us solve it?” I don’t think it is irrational to be skeptical of pharmaceutical companies, but as the Diabetes Mine recap points out, the problem is really complex.

Part of the discussion, according to Diabetes Mine, was about employer-focused reform. The fix would be to get employers to use their power over Pharmacy Benefit Managers to make some changes to improve the system in the US. Here’s a few of Lilly’s ideas on this (from the article):

The Diabetes Mine article goes on to point out how stigma and discrimination in the workplace will make employer-focused reform difficult. How many of us are willing to tell HR we have diabetes…and then how many of that group are willing to advocate for company-wide insurance changes for our own benefit?

What do you think?

As you mentioned, it’s complicated! No actual solutions or even possible short term solutions came out of our discussions. As Mike H said, not all the players were there, but I also doubt we will ever have the opportunity to speak to these PBM’s. They have a LOT of power over pricing. The DOC members were fantastic sharing their personal stories and relying on messages from other community members.

I understand that everyone involved in that lengthy process is responsible at some point, but no one can seem to be willing to talk about it publicly.

Did you guys saw this? 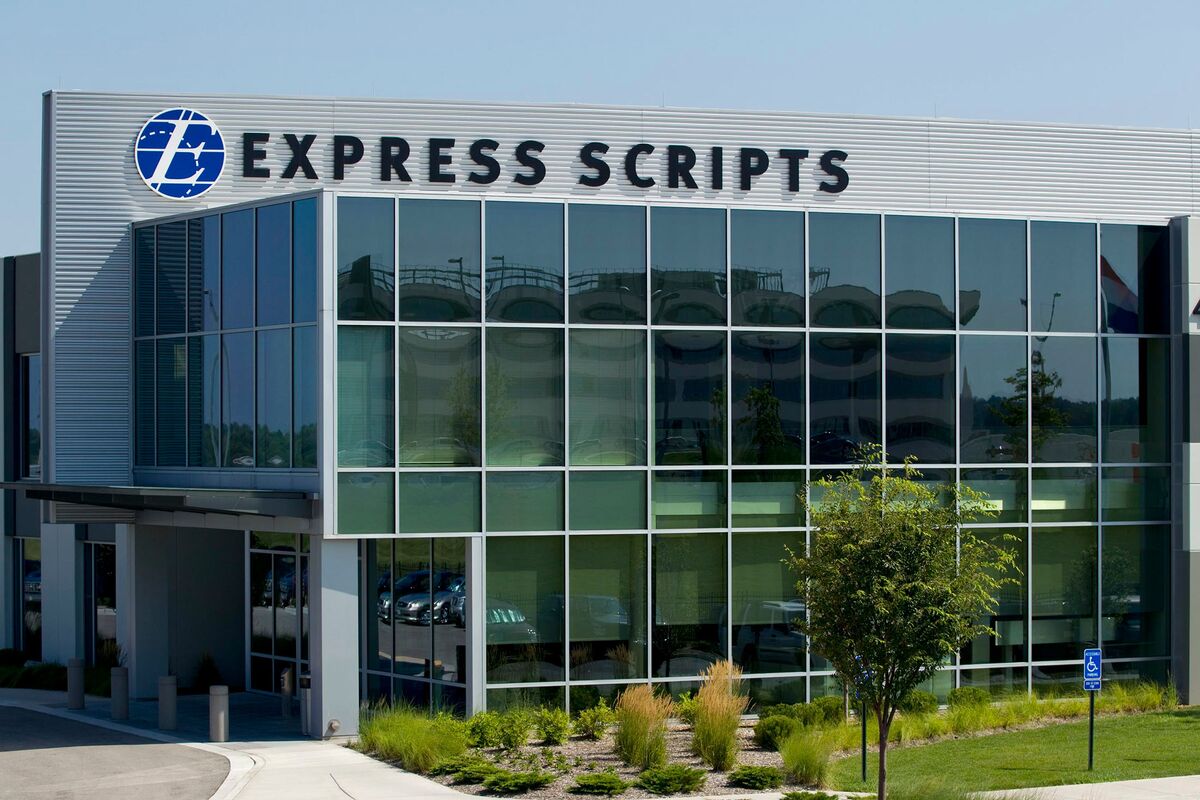 Express Scripts Holding Co. shares fell after saying it expects to lose its biggest customer, health insurer Anthem Inc., which will drop the pharmacy benefit manager after accusing it of overcharging by billions of dollars a year.

This is the piece of Mike Hoskins’ column that jumped off the page at me.

This gathering came just before Lilly’s first quarter earnings call on April 24, when the company reported that just for its 20-year-old Humalog insulin alone, sales revenue in the U.S. went up 24% in the first months of this year, which generated all kinds of “positive momentum” on the company’s revenue.

While I salute Lilly’s effort to put into place marginal programs to mitigate the damage done to our community, the company is still a profit-seeking enterprise. I think it’s great that the company brought patients together to better understand our perspective. Lilly remains a corporation committed to maximize profits and shareholder value. Trying to change them reminds me of the fable of the scorpion and the frog.

The Scorpion and the Frog

A scorpion and a frog meet on the bank of a stream and the
scorpion asks the frog to carry him across on its back. The
frog asks, “How do I know you won’t sting me?” The scorpion
says, “Because if I do, I will die too.”

The frog is satisfied, and they set out, but in midstream,
the scorpion stings the frog. The frog feels the onset of
paralysis and starts to sink, knowing they both will drown,
but has just enough time to gasp “Why?”

I think the insulin pricing system in the US is broken down and out-of-control. I fear that marginal changes are not what will fix this. Big companies, including the pharmacy benefit managers, will not walk away from such a lucrative money stream unless they are forced. It’s not in their nature. In real world terms this means a very real legal and/or regulatory threat to their addictive flow of money is required.

I think the price of Humalog should be forced return to 1996 prices, adjusted for inflation. Since we all need our insulin to survive, I believe the likeliest realistic path would be some kind of legal action, like a class action suit.

Just three minutes after hitting “publish” on this post, I came across this relevant image on Twitter:

This further solidifies my position that neither insurers, drugmakers, nor pharmacy benefit managers will ever solve this problem voluntarily. We can’t boycott, government seems dysfunctional, the only viable tool left to us is a legal one.

My pharmacy informs me that the retail price of Novolin R is about $150. Walmart regular insulin, which is the exact same thing in a different package, is $24.95.

Golly. Do you think there are price distortions in the pharma industry? (Rhetorical question)

I wonder where the other $120 is going on your Novolin R?

Must be going to the type of people from Golgafrincham who were put on the B Ark.

I attended the meeting and was happy to do so. The truth is there are no one-dimensional answers to this issue. I can contemplate many points but in order to not get bogged down in details, I will say all for pillars of the insulin price system have to change in order to affect change.

PBM’s need to be much more transparent and they must pass more cost savings to consumers,

Employers and other payers need to recognize insulin as fundamental not optional,

Manufacturers have to commit to stabilizing and perhaps rolling back prices,

and as consumers we will have to continue to raise our voices, in public, congress nad most important I think to employers who sponsor plans. In doing so we will have to learn how insurance does and does not work. Yes, it is a difficult situation but we much find our voice.

Oh and one other thing, this is not strictly about insulin. Please remember people in many communities of conditions have this very issue and many of those have it much worse. Several people int he Ra community spend on average over $1,000 per month every month for medications. Cancer is worse. We have many allies if we reach out.

Are those prices you listed with or without insurance? I’m talking straight up retail price for people whose insurance doesn’t cover a particular drug.

But since you asked… In Canada you buy insulin from the pharmacy of your choice. The pharmacy charges a drug cost plus a dispensing fee which covers the pharmacy’s cost. Insurance companies have no involvement in the pricing or sale of medications. The only real difference in cost to the customer, from one pharmacy to the next is the dispensing fee.

Provinces have their own government prescription drug plans that cover most people. The provincial plans tend to have a fairly high deductible and typically only pay only 70 to 80% of the medication cost. I live in BC where the deductibles and coverage are income tested. Meaning that low income earners have lower deductibles than higher incomer earners. In recent times, I have never reached the deductible even with diabetes.

The drug costs tend to be negotiated with the suppliers by each province. For example in BC the maximum price for Apirda is $2.7751 per ml. If a pharmacy charges more for the drug, the provincial health insurance would not cover it and you have to pay out of pocket. In general pharmacies do not charge more than the maximum drug price. There are also limits on the maximum dispensing fees. Also, certain drugs are not on the list of formularies. So Fiasp, which is a new insulin is not yet covered by the provincial plan.

The Federal Government also regulates drug prices for patented medications through the "Patented Medcines Price Review Board (http://www.pmprb-cepmb.gc.ca/en/home). They are a “quasi-judicial body that protects consumers and contributes to health care by ensuring that the manufacturers’ prices of patented medicines are not excessive.” Whatever that means.They write lots of reports and have the ability to regulate prices. Some reports are interesting to read.

Because the provincial plans do not have great coverage and high deductible, most people also have a private prescription drug plan. These plans tend to have low deductibles, more items are covered, and higher payments (like 80-100%) coverage. This is very similar to the US, with the exception that the insurance companies do not have a lot of levers to pull to cut costs. The only levers are to set maximum prices and to try to educate consmers to choose a pharmacy with the lowest dispensing fee.

For example, Pacific Blue Cross has a website (https://www.pac.bluecross.ca/pharmacycompass) where you can check the local pharmacy prices for pills (strangely not insulin) and dispensing fees. They do this (I believe) to try to nudge customers to choose the lowest cost pharmacy, but there is no requirement to do so.

Well, that explains a great deal. Different systems, different behaviors. I’d love to live under a system like that. Unfortunately I don’t. And if I’m interpreting the explanation correctly, it’s not a question of whether something is covered, only how much. That’s different from a situation in which you’re totally, entirely, completely on your own— and a corrupt, distorted one at that.