LILLY - the insulin doll. Created in celebration of the 77th
anniversary of the discovery of insulin. Eli Lilly and Company was the first to make insulin commercially available. In the early 1920s, the company supplied insulin free of charge to a group of children being cared for by Dr Elliot Joslin at the New England Deaconess Hospital.
In response at Christmas time, the children sent Mr J K Lilly Sr a personal letter thanking him for his gift. Mr Lilly was so touched that he sent each child a new doll and new insulin kit. Without exception, each doll was named “Lilly” by its recipient. 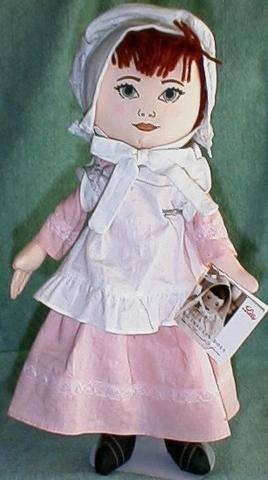 That is truly awesome Richard. You know Lilly operates one of the best free to to the public history museums of Lilly products and history. I bet even they do not have a Lilly doll.

I’m a little confused. If this is the 77th anniversary, that would put the discovery in 1945, rather than the 1920’s? I’m wondering if there was a slight typo? Sorry but the world doesn’t make sense to me, if the numbers don’t add up.

@Casey2 The Lilly doll was issued in or about 1999, celebrating the 77th anniversary of the 1922 discovery of insulin