hi! Ive been diagnosed with type 1 diabetes for about 7months and after going into hospital with DKA went into a honeymoon period and for 7months roughly my morning and evening levemir basal insulin has been each 2 units. I found a couple of months ago, especially after using a freestyle libre, that I needed to start blousing (which i didn’t previously because i stuck to low carb foods i didn’t need to bolus for) even for quite low carb foods. I am now finding that sometimes especially if I’m fairly inactive a 1:10 ratio (including carbohydrate from vegetables) and pre blousing doesn’t seem to fully cover my meals like it used to and i find my blood sugars hover around 6-7mmol (108-126)instead of 4-5mmol (72-90). they also rise up on they’re own, especially if I’m just sitting which i don’t think they used to do. Long story short, I have rung my DSN but I am just wondering whether it seems like maybe my daytime insulin should go up to 3unit? My nighttime blood sugars seem fairly stable.
thanks!
Lila

If it’s strictly food that is causing the problem, it’s not a basal issue.

Do you count carbs and know your ISF (insulin sensitivity factors)?

yes i do count carbs and weigh everything but i don’t know my ISF, it is something i know about but have never gone through with my DSN, I see it a lot on forums but maybe in the UK its not something they tell you how to work out? they gave me a generic 1u will lower you 2-3mmol when i was first diagnosed but I’m sure things will have changed. Anyway I’m not sure i explained properly as I do know the difference between basal and bolus and have just gone through it with my DSN who suggests an increase in my daytime basal to 3u which I will try. i think there’s potentially a problem with both but i will try the basal increase first as I don’t think i would have a ratio of less than 1:10 at this stage?
thanks
Lila

ISF is just I:C ratio viewed from a different perspective. It represents the number of points one unit of insulin will lower you. For instance, one unit of Apidra will lower me about 80 points (about 4.4 mmol), but only at certain times of day . . . and there’s the rub.

All these things are variables. They vary from individual to individual and according to outside factors as well. For instance, most people are less sensitive to insulin in the morning and more sensitive later in the day. And (obviously) one person’s I:C ratios and ISFs can be quite different from another’s because individual physiologies vary so much. So (again, obviously) the key is to determine what those numbers are for you.

As for how to do it, it’s a pretty straightforward empirical process. Fast for a few hours until your blood sugar is stable and relatively flat. Eat a measured amount of carbohydrate. Test every few minutes to determine exactly how high your blood sugar goes and where it tops out. Repeat the experiment to make certain you get a consistent result and aren’t just seeing a statistical blip. Then do it again and when you reach the peak, take one unit of bolus insulin. Continue testing frequently to measure how much that unit lowers you. Voilá.

Thank you very much! that makes sense

A great resource for figuring out your ISF, basal rate, I:C, etc. is:

If you have anything like a Certified Diabetes Educator in your health plan, you should visit them. Moving to mealtime insulin is complicated. I found my “go to” CDE when I got my pump. He’s an RN, CDE, sports exercise specialist (I don’t know what the initials are for that) AND he’s a Type 1 who is just a little older than me, but has my body type (tall, lean).

I’ve gone to him a few times. Last time I went to him I had him teach me how to check and adjust my basal insulin using my CGM. (That way I could do it myself in the future).

If you have anything like a Certified Diabetes Educator in your health plan, you should visit them.

A little cross-cultural learning going on here. I did a google search on “DSN NHS UK” and found that a DSN is likely a Diabetes Specialist Nurse. (NHS = National Health Service, the national health plan than covers people in the UK.) That DSN acronym is common knowledge in the UK diabetes realm but not to others. That title sounds like a wonderful resource for someone adjusting to a new diabetes diagnosis.

I encourage you to learn all you can about diabetes using some of the books suggested upthread as well as your DSN. Knowledge can be a powerful thing when dealing with day-to-day glucose management. I think with a little sustained effort you will find that your knowledge about your unique metabolism will soon eclipse that of the DSN.

This self-knowledge is critical, in my opinion, since diabetes never takes a day off. The ability to make adjustments to your glucose management regime will pay countless dividends over a lifetime.

The other thing about self-knowledge, as I’ve opined many times . . . to achieve the best possible control of your diabetes, you must become your own personal expert. There really is no shortcut. No one else knows your body like you do, and no one else is present every day to do it. Q.E.D.

Oh yes of course I forgot most people wouldn’t know DSN hahaha we have a main one and then a team that can all help if you call them. Thank you for all the advice!

but fyi, when i was honeymooning and on 4 units of levemir and basically no bolus (except for sunday roasts, basically), the ISF couldnt be calculated! such low doses! those were the days. LilaE, enjoy the rest of your honeymoon, hoping youve got YEARS of it left!

If you are low carb, you may be better on a ‘regular’ insulin or you may need to split and bolus for some of the protein.
this may help
An adjusting insulin workbook
http://www.bd.com/us/diabetes/download/insulin_adjustment_workbook_complete.pdf 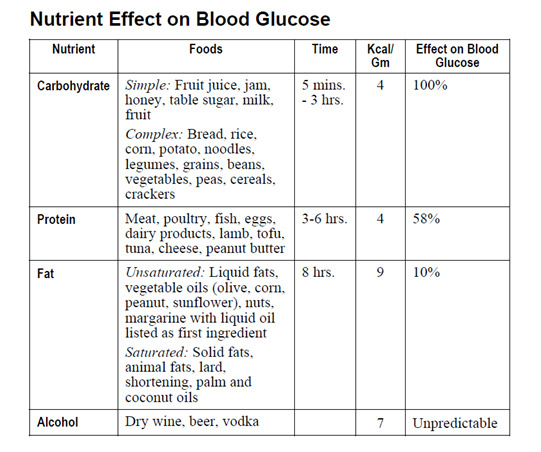 That’s a great chart, concise and clean summary. Thanks for posting the link!

The only thing that really helped me figure out all of my insulin ratios, basal, etc, etc, were the books “Think Like a Pancreas” by Scheiner and “Using Insulin” by Walsh. Written by T1Ds for T1Ds in plain English. The ratio calculations aren’t straight forward for most of us, so learning how to figure it out is hard. And nothing stays the same - I refer to those books often.

Thank you everyone! Everything is very helpful!