Unless I missed something I don’t think anyone has posted this yet. Seems a very hopeful development at first glance, and those being few and far between these days I’m sure it’s of interest. Thoughts? 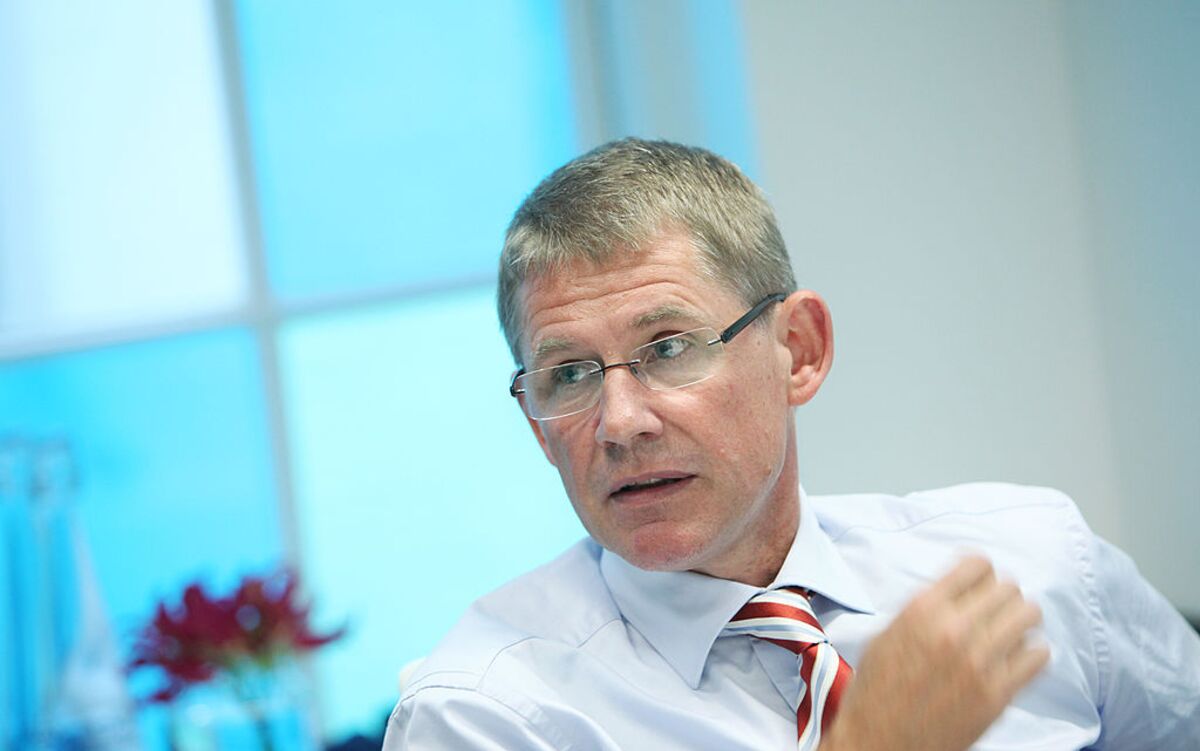 Novo's Pricing Pledge Is a Sign of More to Come

Thanks for posting. What do you think “tying prices to outcomes” really means?

What do you think “tying prices to outcomes” really means?

Like other firms in the space, Novo has been working to prove its newer drugs, such as its next-generation insulin Tresiba, have extra benefits for patients.By tying prices to outcomes, Novo will ideally reduce downside for payers and realize upside if its drugs work. It’s a way for Novo to essentially bet on its own medicines. If these moves help Novo stabilize its relationships with payers and stave off negative headlines, then they will likely prompt imitation.

As I understand the article, it’s saying that all the bad publicity around (essentially) price-gouging by big Pharma (the Epipen story, followed by articles about soaring insulin prices) has actually precipitated some price competition amongst the various rivals. Since that downward pressure is publicity-generated, Novo is trying to oppose it the same way. Kinda boils down to “the better it works, the more you should be willing to pay for it.”

The thing I found most encouraging, though, is the news that the bad press actually has been having an effect on prices:

The size of the market and the number of competing medicines available give pharmacy benefit managers (PBMs) and insurers a big incentive to drive down prices and ample levers with which to do so.PBMs have managed to prod companies such as Novo Nordisk, Sanofi, and Eli Lilly into a diabetes-drug price war, with companies giving up ever-larger discounts just to maintain market share. Novo is particularly exposed because it gets more than 80 percent of its revenue from diabetes treatments; its biggest competitors are considerably more diversified.

Here’s a link to Novo’s own statement re pricing:

I’m not noticing a price war. The classic price war model results in prices creeping downward. Mine are going the opposite direction.

I can safely make a similar pledge-- I will no longer raise my salary by more than 10% per year while doing the same work.

I’m not noticing a price war.

Yeah, that was what made the whole article rather eye catching in the first place. Bloomberg is a pretty respectable source, so um, WTF? But it’s also cast as a prognostication, so maybe the effects just take some time to filter out to consumers. Unless Bloomberg is just getting in on this whole Fake News thing that’s so popular now we’re in the post-truth era. ;-/

If there is a real price war, we the consumer would be the last to know… the transactions between the mfg, wholesaler, pbm, insurer, pharmacy and every other middle man with his hand out demanding to be paid are so complex that I can’t even begin to comprehend them. I suppose there could be all kinds of skirmishes going on within those multiple parties that all profit from my need for a medication. I’d so much rather just have an account directly with the mfg and order what I need directly from them— and if a different mfg offered a better deal, I’d switch…

A British regulator has hit Pfizer with a record $107 million fine for imposing a 2600% price hike on an anti-epilepsy medication, the latest episode in widening public controversy over prescription drug prices.

That’s basically what the article was saying…the retail price goes up, while the rebates to providers make their buys cheaper. most of the high end insulin goes through the provider/insurance

if their meds aren’t available in plain/generic labels from walmart, etc…eg N and R insulin

And if plans to voucherize Medicare go through, I’ll end my last couple of decades as a T1 back on the eat-now-or-die regimen where I spent the first two. The idea of going back in the box makes me more than a little nauseous.

I’m from australia and we have been following the usa social inequality, where corp is king… since the 1970’s…TBH. the last election should be made into an aesop fable…the wolf in sheep’s clothing… telling the sheep he’s on their side. as he continues to build his empire for him and the other 1%…cheating and stealing from the sheep. it’s going to be interesting to see how the story ends

DrBB, thanks for posting this.

The old, cynical, and bitter part of me (which grew three sizes the day my daughter was diagnosed with T1D) believes that the primary incentive to slow the pricing increase is to look good on Twitter. And sliding in a little extra free advertising for Tresiba isn’t hurting, either. They don’t give a hot damn about us. Whether we little people will see any benefit after the PBMs take their grubby, greedy little fingers off the vials and pens of insulin that we actually already paid for with our insurance premiums and continue to pay for with our astronomical co-payments is yet to be seen. I’m not holding my breath. They think we are complete idiots: “Oh how nice of them not to increase their costs as much as the other Big Boys. They’re doing this because they, too, are outraged at how much we pay every month to stay alive and they know it will make the other manufacturers not increase their prices as much either, and pretty soon every pharmaceutical company will see the error of their ways and will care about making the world a less expensive place for people who need medications, and we will all live happily ever after. The End.” NOT.

A little more vitriol for good measure. I’m probably preaching to the choir, but here goes. I honestly believe that they developed Tresiba (and put some real effort into actually making this better than the other long-acting insulins on the market) because they finally read the writing on the wall and realized they were complete doofs for not diversifying earlier in the game like the other Big Boys did (the ones who produce meds for diseases other than D.) Yeah, I believe (or I’d like to think) that the scientists who worked long, hard hours to develop Tresiba were driven by a genuine desire to benefit mankind. But that’s about the extent of it as far as my shriveled black heart is concerned. I realize that R & D costs far more than most people will ever realize. And I know that the Big Boys are no different from any one of us in that we all want to make a buck.

But this? Thank you so very much for not increasing your prices more than you think we think you probably could. This is not an act of altruism. It is a CYA move; their well-paid market analysts likely said “If you don’t do this, you stand to lose more than you will gain.”

Don’t hold back @rgcainmd–tell us what you really think!

Don’t hold back @rgcainmd–tell us what you really think!

I am nothing if not intense.

I can safely make a similar pledge-- I will no longer raise my salary by more than 10% per year while doing the same work.

Yes, that 10% pledge was not much of promise; that means the price will only double every 7.2 years. Don’t they know how silly that looks to the average worker who pays these outlandish prices because they want to live!

I read an article that Novo Nordisk’s stock plummeted recently in response to forecasts of lower-than-expected 5-year-profit forecasts, thanks to an increasingly “competitive payer environment.” A.k.a. people are finally getting sick of coughing up so much dough for their products. Also noteworthy, they make up a not-insignificant fraction of Denmark’s economy, so the whole Danish stock market tanked in response.

So yeah, I’m guessing there’s quite a bit of internal panic and this is just part of their strategy to avoid losing market share drastically in the coming years. But whatever, if it results in lower prices I’ll take it.

The thing that bums me out about this is that the pricing pressure is directly hurting the pipeline, at least that’s my sense. For instance, they recently abandoned plans to develop an oral insulin, which I believe was in actual human trials (maybe phase 1, but still.)
http://insulinnation.com/research/novo-nordisk-kills-off-oral-insulin-project/

The rationale was that it might not have provided a demonstrated benefit (say, lower A1C) over injections and that in an increasingly crowded market for diabetes drugs, they would have a hard time pricing it to make a profit. I wouldn’t be surprised if the smart insulin projects go the same path. Long-shot odds, too little payoff if they are approved, so why bother developing them?

At this point it really seems like we need a better non-profit mechanism for developing, testing and shepherding new drugs through the clinical trial process. Unlikely to happen given the current governmental regime, but still.

Well, this article pissed me off.

Unless I really misread something, it provided additional confirmation that US diabetics are carrying the freight for the rest of the world in funding insulin production.

Pretty clear, to me, that if Novo couldn’t charge hundreds of $$ per vial of Novolog in the US, they would go out of business.

I’d like to hear from the “its all corporate greed” folk.

How about we lower the prices in the US, and raise them in Europe, Canada, etc.? How about Novo and the others, simply charge the same price to everyone, a price that yields a fair profit?

Problem is, that price (around $50/vial) is higher than National Health Services want to pay. Never mind that that is what it costs.

It’s about our privilege, Dave

I’m from australia and we have been following the usa social inequality, where corp is king… since the 1970’s…TBH. the last election should be made into an aesop fable…the wolf in sheep’s clothing… telling the sheep he’s on their side. as he continues to build his empire for him and the other 1%…cheating and stealing from the sheep. it’s going to be interesting to see how the story ends

Please don’t bring politics into this. Understand that there are views that differ from yours above, and if TuD is to be used as a political platform for those views, there are others that certainly want to argue with them.

And then that’s what this will become: Another political argueboard where we sit around sniping and hating each other.