The best hope yet in insulin

I was at Lilly in SanDiego this past week.
There was a ton of talking about this new project.
No idea when we will see it, but they are moving a lot of resources to bringing it to market.
They can’t talk about company secrets , but I can see excitement when I see it.

I found this sort of vague article online.
This seems like an awesome advancement. 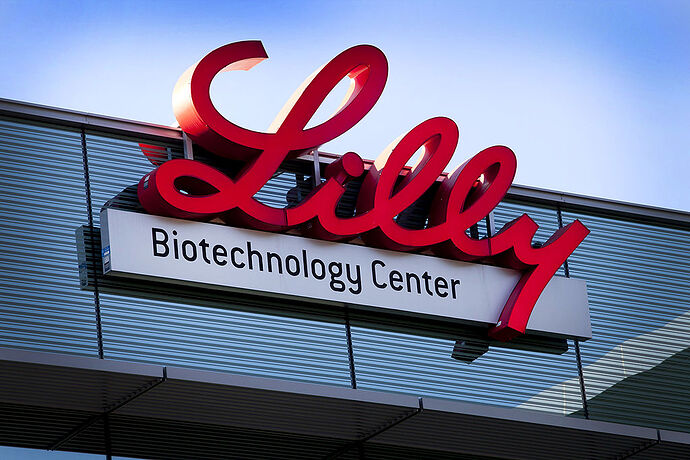 Eli Lilly gets glucose-sensing "smart insulin" via buyout of preclinical...

Interesting they are also developing a smart glucagon.

When I saw this I was thinking it would be a type 2 treatment, but Interesting they got an investment from JDRF.

Pretty cool if they can actually develop a viable treatment.

This looks hopeful. The idea of an insulin that dynamically activates when glucose levels increase is treatment magic to me.

Smart insulin is a topic, however, that I’ve read about for at least ten years, if not longer. That tells me that this product is technically difficult to develop. Now with the deep pockets of a large firm like Lilly to move this forward, breakthroughs are possible.

I remain guarded on this as a person burned many times by the “cure in five years” broken promise. What does “pre-clinical development” mean? Is that another way of saying they’re testing this product in mice?

I refuse, however, to let my skepticism turn cynical. I wish Lilly the best on this. If they can bring a viable smart insulin to market, I might be able to forgive their over-the-top greedy pricing behavior of the last ten years or so.

This would be great if it pans out. There have been some remarkable advancements in modifying the half-lives of insulin, giving us various actions from fast peaking and dropping to nearly no peak and long lasting.

My only concern is the biochemical mechanism for making the insulin smart, will it accumulate to cause unintended consequences.

We shall wait and see.

If this eventually works as well as imagined, it’ll destroy the market for CGMs.

There will probably still some need to occasionally check bg’s. Maybe once a day or less. Maybe never as rare as we do home ketone tests (only when we suspect something seriously wrong).

The way healthcare people have excessive hypo-phobia these days, I could see them making it something like an insulin that only works when your BG is over 180.

Oh man. Bite your tongue! Don’t even put that awful thought out into the universe. [Kidding!]

I’ve been really excited about the responsive insulins, and that thought never once occurred to me until you said it. That would be so disappointing.

Time will tell but honestly I feel nothing substantial will come of this and if anything does it will never be the same in each individual pwd. If I am alive at the time when it is deemed to have success by the ptb I hope I won’t be forced to try something that could be dangerous for me and forced off the life saving equipment I need.

The only real hope for type one at least imo is a transplant of some sort or implant of beta cells and overcoming the immune attack. That is the only way to get back to any normalcy and to fully stop the assault of irregular bg on our bodies and lives.

Lets hope something good will come of it as well as from all the other current attempts at new treatments.

Pre clinical means cells in labs and also animal studies.
The only thing that makes me excited by this research is the Billions of dollars being spent on it in a very short time frame

I have resigned myself to living with IDDM but would be thrilled if this works.

It is much the same story in Indianapolis and Boston. However, Boston is about the new pump in development. In Indianapolis, it is clearly about future developments in insulin technology.

I was first told “the cure is only a couple years away” 40 years ago so I know not to believe it every time :-). That said, if this does pan out and simplify bg management, I might be able to do better with a single shot of super-smart-insulin a day, than I ever could with all the CGM, test strips, and pump technology.

Over the 40 years I’ve had diabetes the tech level of my insulins I’ve moved from urine testing to bg testing (visual strips) to bg testing (meters, 4x a day) to bg testing (8 times a day) to CGM’s. At some point it would be great to “ratchet down” in the number of times I look at my CGM every day or maybe have insulin so smart I don’t need a CGM at all and can just do very occasional bg tests.

Yes as my endos have described me I’m a “control and data freak” and it will not be easy to get me to trust to smart insulin, what I’ve been regulating through testing and dosing multiple times every day for the past 40 years. But I could imagine “trust but verify” with bg cross-checks and coming to trust the smart insulin like I’ve come to trust my CGM. It only took me a couple months to trust my CGM enough that I’d leave the house with just my CGM and not necessarily any test strips on me. And I thought I’d never make that transition.

You must have much more stable bg than me. I never trust the dexcom alone. I need all the tools all of the time. I doubt as I said si would change any of that for me. Life is hard enough as it is even with all the gadgets, pump etc. If si helps anyone it will be a miracle.

Considering the current cost of insulin (as of this writing according to GoodRx plain old Novolog for a pump can run from $111 to nearly $300 a bottle, and can easily put a diabetic on Medicare into the doughnut hole) just how many of us will be able to afford a next-generation insulin? Not me! Thankfully, the Canadians still sell the old stuff to their southern neighbours.

Yes insulin that is produced in the United States costs 10 times as much to buy it here than Canada or Mexico.

I was without insurance for 2 months several years ago.
I drove to Mexico. Saw a doctor for 50 dollars. And I got 6 vials of humalog for 10 dollars each. So I got out of there for $110.