Which meter to trust?

I recently read an article on Diatribe about the results of a blood glucose monitor accuracy study. My main meter, Dario, wasn’t included in the study, but my secondary meter, a OneTouch Ultra, was. The OneTouch scored 90% accuracy compared to laboratory values. After reading the article I thought I might buy a better meter, so when I was at CVS yesterday I got a CVS Advanced meter, which scored 97% accuracy in the study.

This morning I tested my blood glucose on all three meters using the same finger stick (same drop of blood, just keep squeezing), and here is what they said:

That’s a big range of values. So the questions now becomes: which one do I trust? I know that there is really no way of knowing which one is more accurate without knowing what the true laboratory value would be. I will get another blood draw in October to test A1C and will try to replicate this experiment at that time. But in the meantime, what would you do? Which meter would you trust?

We have been using the One Touch Ultra for years. Seems to work fine but we never really did a comprehensive test ourself so maybe we are just living in blissful ignorance? Or maybe the meter/strips really work well for us?
In any event, I am trying to work with a distributor and insurance and doctor to switch over to the Contour Next series. The various website reviews and the experiences of people on this forum and another forum have been overwhelmingly positive with the Contour Next so it just seems a reasonable course of action.

With the same meter, I do not get the same results on the first drop and the second drop from a given fingerstick.

If you really want to put these things through the wringer, I would suggest more tests. Mix things up. Record everything in terms of what/when/whatever so you can go back and review.

Do the same test in reverse order.

Do another test with each single meter but doing three tests with that particular meter from the one fingerstick.

Run your own suite and see what you get. Do you consistently see one meter running higher than another? Does one meter seem to have more fluctuations than another meter?

One test with three meters really isn’t enough to establish much of anything. As you probably know, every meter has some range of error. So, your high reading might be at the high end for that meter and the low end for the others. And even if all three meters gave you an identical reading on multiple tests, that would only tell you that they are likely highly repeatable. Real accuracy can only be known by comparing with a lab standard.

I’ve written in several other posts how I have tested meters. I collect multiple drops of blood in a small container and mix them thoroughly. Then I quickly test that sample with the multiple meters. And I do this test multiple times when my blood sugar is at different levels. Even so, I cannot test for accuracy. I can only hope that when multiple meters give repeatable and equivalent results, that they are all converging on an accurate value.

Short answer is that good meters give a good approximation of the true value, but none are perfect. Consider though, what your response will be to a meter reading. For me, a 30 mg difference in reading will suggest an additional unit of insulin. Given the way my blood sugar varies from minute to minute and from one finger to the next, that kind of error is probably tolerable, if not optimum. And, of course, at the low end of the range, I factor in how I feel and act accordingly.

I like your rigorous scientific thinking. You’re right, I need to do more test. I actually did two tests this morning using the same finger stick on all three meters, then did it again on a second finger just to compare. They were all within the same range of values between the two tests: Dario was low, OneTouch was in the middle, and the CVS meter was highest. I did not, however, note the order in which each meter was tested. I will try and mix it up and see what sort of info I am able to garner.

I would like to switch to the Contour Next as well. In that study of meter accuracy I mentioned, the Contour Next scored the best with 100% accuracy compared to the laboratory value. Unfortunately my insurance only covers the OneTouch. If I pay cash for strips I can get 300 Dario strips for about $80, which isn’t bad and last me about 3 months. The Contour Next strips seem much more expensive if you have to pay cash. So in the meantime I’m stockpiling OneTouch strips.

Ultimately it might not matter all that much. I basically only do fingersticks to keep my Dexcom calibrated. And as long as you consistently use the same meter for calibration, your Dexcom should provide you with the info you need. Outside of that, my body should (in theory) let me know when I’m too low.

If you are only using the strips to calibrate the Dexcom, would it be possible to just pay out of pocket for the Contour Next strips and meter? They are all available on Amazon and seem reasonably priced. At only 2 strips per day they would last for some time.

And perhaps keep your stash of One Touch Ultra for times when you might not be on the Dexcom for one reason or another and are doing many more fingersticks per day?

A 300 count of the Contour Strips from Amazon is currently listed for $63. (21 cents per strip)
At only 2 strips per day that would be like 5 months of Dexcom calibrations.
And the meter is only $10 on Amazon.
Perhaps an option? 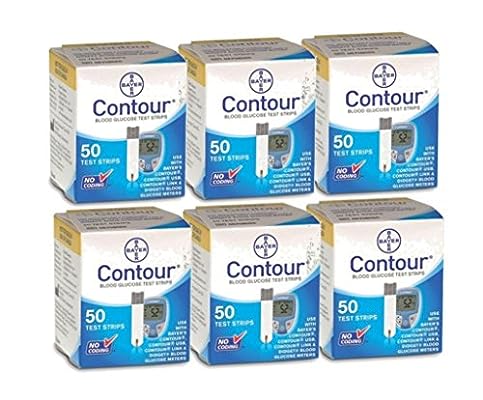 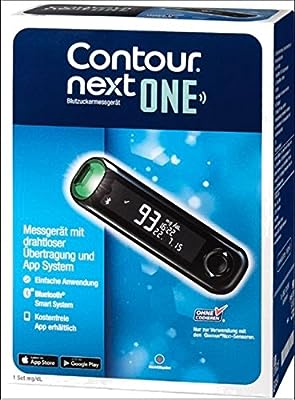 I always wonder about the duration of oxygen exposure on the test because sometimes I wait for a minute for enough blood to come up.

I use the contour next and it seems to be in in line with the A1c numbers I get. And that is true for when it has gone up as well as when it has come back down.

BG’s machines have an inherent 20% variability from actual blood sugar. So, you might be getting more precise that the equipment allows for. I use the Walmart ReliOn because the cost in strips is profoundly less and they are over the counter. I ran tests between brands a couple years ago and found, in some case, one machine will run a little lower numbers than other. So, it doesn’t hurt to be aware of that. I’ll look for the data, but I seem to have 100 folders called ‘diabetes’ on my machine. Might be faster to search the Tu site for previous discussions of this.

Really just pick one and stick with it. Yes I love my meter and it is top rated, but I would not switch meters to have a better one unless I was forced.

The key is consistency. Is 120 really different than 105 when all of them are approximations of blood glucose. We live and die by meter readings but in reality they are no more than the approximate measure

Yes I love my meter and it is top rated, but I would not switch meters to have a better one unless I was forced.

That was my thought. And actually is often times.

But the conversations I heard regarding the Contour One were enough to push me over the edge.

Reported better accuracy
Smaller drop size (0.6 for Contour compared to 1.0 for One Touch Ultra)
30 seconds (second chance) to get enough drop onto the Contour - less wasted strips?
Bluetooth
Previous reason for One Touch was integration with Animas Ping - no longer relevant with our new Tandem pump

That was enough to kick me out of my rut. It sounds like the Contour One is simply newer and better technology then the One Touch Ultra. Me being comfortable and not wanting to change is not a good enough reason. So we are switching.

13 posts were split to a new topic: New Topic

While I appreciate the interesting turn of event here, I had intended this thread to focus on the accuracy of BG meters. Perhaps this particular tangent would be more appropriate for a separate thread where it would garner a bigger audience of people wanting to weigh in, as opposed to the number of people who will click on this thread thinking that it’s only about meter accuracy.

Agreed. Apologies. I flagged what I think was the beginning of the hijack and would ask one of the Mods to split the posts below (the start of the hijack) into their own thread.

It is interesting but we should not have hijacked your thread.

Yes, to me that is a big difference, and would affect what I would do.

The one I have. Contour Next Link. It came with my insulin pump and is very accurate.

Contour has a new meter with reported better accuracy, with all other features, but it does not connect wirelessly to medtronic pumps. It is s very cool meter and uses the same strips.

Eddie if you look at your meter even with the best of accuracy it is + or - 12% of actual day in day out. My point is that the meters we use may give us s number but that number is not exactly real. It is best to use a single meter and abide by that as opposed to trying to fixate on an individual number.

I would question the claim of better accuracy of a particular meter over another meter where they both use the same strip. Although I may be wrong, it is my understanding that the “accuracy” (or magic if you like) of the meter is actually in the strip. If so, the meter should not matter as long as it is compatible with the strip.

I would be quite interested in (reasonably scientific) articles that either support or refute my “understanding” of such.

It’s a combo of the two. Either part can impact accuracy. The strip itself produces an electrical current that is interpeteded by the meter.

The strip itself produces an electrical current that is interpeteded by the meter.

I still disagree that the meter has a part in the accuracy given the assumption of a properly functioning meter. Obviously if the meter is malfunctioning than all bets are off. Absent that - the meter does not matter. It will operate exactly the same and provide exactly the same interpretation of the given signal from the strip. It is the strip itself which can deviate.

Again - I would be interested in any scientific article supporting or refuting such. Absent that - I firmly believe the strip is what counts.