My son recently turned 12. He was diagnosed not quite a year ago, and uses a CGM and MDIs. We started sugar surfing together about three months ago. For the past 6 weeks, he has done it on his own, with consulting and discussion with me when he is home. Yesterday was an effort that shows how much he learned already. I am stoked!

He did not always make the right choices (like the choice of his lunch…), and his timing is a little off, but for me, it’s the process he is using that counts! I am really proud of him.

This is his Dexcom curve from yesterday’s cafeteria lunch at school. It starts with a terrible choice of lunch: 97 grams of carb, much more than he normally has, gyro with French fries (aaargh!), grapes, ice cream sandwich. He could not have piled up any more, could he? But this is how he recovers:

So I am horrified by the choice of lunch, but I am so pleased by his management of it. I ended up giving him $2 for a really nice landing:-)

did he really eat all that? yikes , even just one of those food choices would have been a really difficult thing for me to manage.

did he really eat all that?

Well, to be fair, his cafeteria does a decent nutrition job: the fries are baked not fried, and the gyro wrapper is rather low carb. So it could have been worse I guess… You can imagine I was shocked when I saw the lunch menu appear on his MyNetDiary log:-)

does the little “c” mean that’s when he had the 97 grams?

Basically yes: it means he calibrated his Dexcom at that time. He does that right before he injects, and, at lunch, he does not have time to prebolus ahead of time, so he eats right afterwards. At home he typically takes 20 minutes between insulin and food.

That is good stuff! Don’t worry about the carbs, he’s a growing boy, he needs that!

Just tell him to save the dessert for a little later when he’s on the way down, instead of up front with the rest of the food.

Good job! You should be proud! (Can I have an ice cream sandwich? It’s been a while…

(Can I have an ice cream sandwich? It’s been a while…

I 'd have let you take it right off his plate:-)

He’s doing great for a 12-year-old! Covered the highs and lows beautifully. I’ll bet that ic sandwich helped him feel a bit more “normal” too!

So I am horrified by the choice of lunch, but I am so pleased by his management of it.

I’d say it’s a great lunch for an outstanding surfer! Beautiful small carb corrections at the tail end of that wave, your son is a pro! I also think it’s great that you are letting him take the lead, so he can be proud of his own skills and accomplishments, and not feel burdened or disadvantaged by D. Way to go! I think he deserves another hug (and another $, perhaps?).

Good job! You should be proud! (Can I have an ice cream sandwich? It’s been a while…

I’d mail you an ice cream sandwich if I didn’t think it would get too damaged in transit. But you have my permission to go out and get yourself one. Everyone deserves to live a little!

You must be so proud!

I’ve backed off of co-managing my 14-year-old daughter’s D for the past month or so because she wants me to “leave her alone.” I hope we don’t see a significant rise in her A1c at her endo appt. in early February…

You must be so proud!

Words can’t describe how pleased I am, because I feel he now understands the system. If he uses it day in day out, I am not too worried about what will happen to him when he is a young adult.

I’ve backed off of co-managing my 14-year-old daughter’s D for the past month or so because she wants me to “leave her alone.”

I so much feel for you - I don’t know what I will do when he is at that stage. I read these terrifying posts on ChildrenWithDiabetes:( I know I only have a limited amount of time before my son is there too.

As a comparison, my college boy was getting $5 “allowance” per week when he was a high school senior - I am a cheapskate. I figure diabetes is like a full time job, and I need to make it worth his while - even if it is a LOT of money for a kid, it is worth it to me that he does it and keeps doing it.

I may be wrong for monetizing his behavior, but if it works I don’t care. It’s worth a lot more than money to me. There isn’t much I wouldn’t give to see him actively managing his BG in the upcoming years. I am really afraid of his eventually getting burnout. And I know teenage rebellion for him is just around the corner - it is only a matter of time.

That’s a hell of a landing! Well done, kiddo

I may be wrong for monetizing his behavior, but if it works I don’t care. It’s worth a lot more than money to me. There isn’t much I wouldn’t give to see him actively managing his BG in the upcoming years.

I used to give my non-D daughter money for good grades. I’m not sure if it was much of an influence in her academic effort but she graduated last year with an MBA and landed a well-paying job.

Being a parent is much more pleasurable when the child moves on to an autonomous young adulthood! Keep up your efforts; I think you’re doing well.

I’m embarrassed to ask but what does sugar surfing mean? 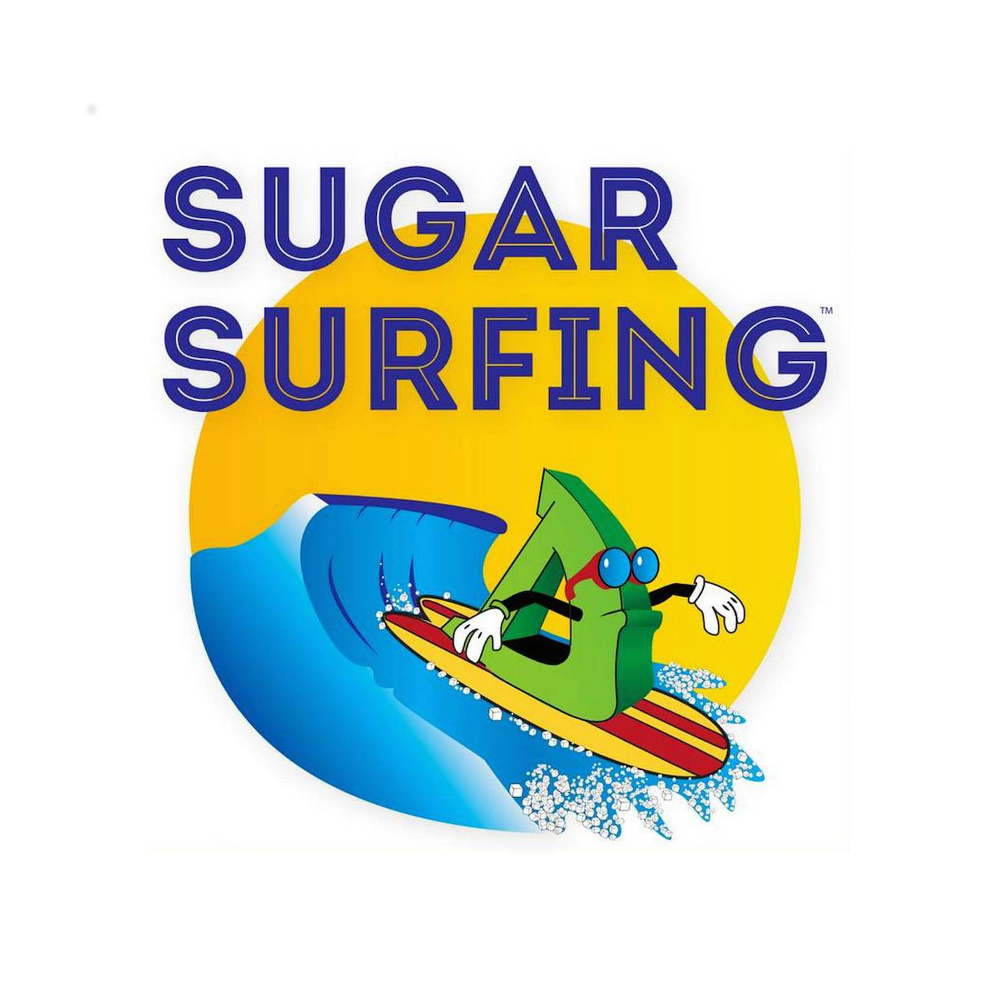 Unlike most static insulin-dosing protocols, sugar surfing is based on a dynamic response to trending glucose levels. Most successful surfers use a continuous glucose monitor (CGM) to help them surf. It’s acting in the moment to add small amounts of insulin or carbs to nudge the blood glucose line into a more favorable position.

Sugar Surfing recognizes that the formula-based treatment falls short of great control. It still uses formulas but then encourages action in the moment to steer blood glucose levels. Instead of the 15/15 hypo-treatment formula (take 15 grams of carbs, wait 15 minutes, fingerstick, and repeat as necessary), for instance, sugar surfing might mean only taking 2-4 grams of glucose, based on experience. Sugar Surfing means you won’t over-treat a low by blindly following an inappropriate formula.

Stephen Ponder also suggests that stacking insulin (taking additional insulin before the previous dose has played out) is not to be avoided but instead recommends stacking in an intelligent fashion. Warning - you may find sharp disagreement from CDEs or your endo, to this attitude towards stacking insulin.

The book, Sugar Surfing, is written by Dr. Stephen Ponder, T1D and pediatric endocrinologist. He practices what he preaches and conveys his message with a good dose of humor. He participates regularly on FaceBook. I highly recommend reading this book.

It still uses formulas but then encourages action in the moment to steer blood glucose levels. Instead of the 15/15 hypo-treatment formula (take 15 grams of carbs, wait 15 minutes, fingerstick, and repeat as necessary), for instance, sugar surfing might mean only taking 2-4 grams of glucose, based on experience.

+1. My son stacks insulin as needed (but calculates IOB with help from me), microcarbs, and doses day and night. He uses his CGM a lot, and review his CGM data mostly every day. One thing he does not do is microdosing, as he is on MDI. But he frequently corrects by 1/2 unit to remain in the lower part of his range. His use of the 15-15 rule is very limited (under 130 CGM with double arrows [>3 mg/dl.min], under 110 CGM with single arrows [2-3 mg/dl.min], with a low finger stick confirmation, IF there is little likelihood of the low bottoming out).

The CGM trace I uploaded shows both insulin stacking and microcarbing for a reasonably clean landing. He is not perfect by any means, but he understands the system right now. I am so happy with this, because to me it is a life skill for him. I mean that literally.

Thanks! I will be sure to get the book- I suppose we already sort of “sugar surf” (More of a gut, experience, and cross your fingers model -ha!- since no CGM).

I suppose we already sort of “sugar surf” (More of a gut, experience, and cross your fingers model -ha!- since no CGM).

That was my feeling as well – though, the nice thing about the book is that it helps you turn those gut feelings into a workable formula that can improve your success. It takes a bit of extra thought and means you might think about your BG a lot more often than the “standard” approach, but in the long run, spending a lot more time in range means less fighting with lows and highs, which so badly (at least in my experience) sap your energy and are probably quite harmful.