Thought I would let others know. My son is into many sports, and we have found that the most protected location for him is on the front of the thigh. So far we have used the high upper part of the front of the thigh. We like the site because, in sports, the abdomen is too exposed and tends to loose adhesion too fast, the outside of the arm is too exposed for soccer (particularly a goalie), and it is hard to put on sensor on your back when you do it on your own (my boy, who is 12, does it all on his own, with a bit of supervision).

We want to be really good about site rotation. So for our last sensor last week we tried a site vertically slightly below the midpoint of the femur, on the front of the thigh, pointing exactly forward. It did not work well at all. Here are all the problems we had:

The behavior became progressively bad enough that we ended up pulling the sensor out after slightly less than a week. We should have pulled it earlier, really - but you know how it is: you hate to waste a sensor (at least I do). Next time I’ll pull it out early anyway.

So, for us, too low on the front of the thigh does not work:-) Today, we are trying a new site on the side of the upper thigh. Not as good, because a soccer goalie needs to dive sideways… I guess we’ll have to pad this side carefully:-)

Your description pretty well matches my experience with dexcom over the past few weeks with my new G5 and the entirety of the time I used the 7+. The bright side I’m taking from your description is that maybe it won’t always be that glitchy

My son plays keeper, and I consulted with him. He says the inside of the arm (midway between armpit and elbow joint, but on the inside) never touches anything.

Not sure how that would be for accuracy, but from a keeper’s perspective, that spot might be kept from contact. 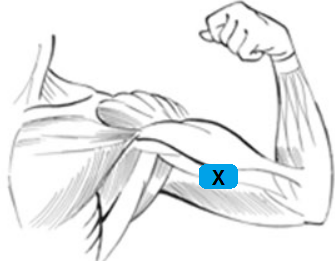 @Sam19, this was an exceptional sensor event for us, really the first time we have had a lot of lousy data from a sensor.

In the past, for sites we have used the abdomen several times, and the upper thigh most of the time. In general, we get 2 weeks out of one sensor. It is only in the last couple of days of a sensor that we start getting glitchier data. In general, by the 2nd day we get very good data all the way through, with, on average, a few signal losses for 1/2 hour at a time in 2 weeks or so.

I should say, however, that:

Because we are fairly new at this we try to develop clean processes and follow them rigorously (a habit I carry over from work). Feel free to message me if you want to discuss Dexcom 5 practices on the phone.

Eric, that is really interesting. We had considered it but thought that the top of the Dexcom transmitter would rub all the time against his rib cage, as his arms swing. We’ll make some experiments by taping an old sensor and a transmitter there, to try it out. I should not have gotten rid of our old transmitters…

I know what you mean about rubbing against the ribs. Maybe a little further toward the back, closer to the tricep?

Also, check out diaband. They are meant to cover pumps, but would also work for Dex.

new site on the side of the upper thigh

Well, this did not work well either, because we get pressure lows at night when the boy sleeps on his side (it is on the outer side, not sure if we could avoid rubbing on the inner side). More experimentation to come when this sensor comes off:-) We won’t keep it more than a week for sure.

We are trying to put together a site tracking map for the thigh that would allow us to guarantee site rotation and avoid site overlap, using white cloth or a transparent plastic sheet or some such thing. We’d love to hear if anyone has a proven scheme.

As a counterpoint, my 13 year old is using the back of his arms for soccer season. He has successfully played one outdoor and one indoor season with the sensor on the back of the tricep. While occasionally, someone bumps into his site, and this hurts a bit, we have not had any sensors ripped out. My son plays goalie at least 1/2 the time. Now that soccer is almost over, we are working out where to put it for the long baseball season, my son plays catcher, pitcher and 3rd base. It is going to be interesting.

I currently have the sensor on the back of my left tricep. I don’t mind the location at all (although I’m no longer an active kid). The one thing I do mind is that the sensor seems to be in the “Bluetooth” shadow of my body an awe full lot and I think that may be largely due to the location…

My current sensor in on the back of my calf, just a few inches below the knee. It went in amazingly comfortably and has been pretty good, so far. I barely know it’s there, also. I am a cyclist, so I have fairly muscular legs - especially the lower part of my leg - so there’s not a lot of fat there; however, it seems to be working well so far. I skewed it slightly toward the inside, because I often sleep on my back and don’t like to sleep directly on the sensor.

my 13 year old is using the back of his arms for soccer season.

@Chris72, is your son able to insert the sensor on his own on the back of his arm?

We conisdered that location as well, but did not pull the trigger yet. Our two worries were that, as a swimmer, he may get a lot of water slapping there as his bats his arms into the water in freestyle, butterfly and backstroke; and also the issue of inserting the sensor.

I currently have the sensor on the back of my left tricep.

This is encouraging to me, based on your feedback and that of @Chris72

My current sensor in on the back of my calf, just a few inches below the knee.

I thuoght this location would not work - this is really good news.

WestOfPecos wrote: is your son able to insert the sensor on his own on the back of his arm?

Yes, he uses a chair back to push up the skin and puts it on himself about 1/2 the time. The rest of the time he submits to my wife or I doing it, while complaining that we don’t do it particularly well. Which we generally suffer silently with, since 13 is a tough age, and diabetes is a tough disease, and that might be the only break he gets.

diabetes is a tough disease, and that might be the only break he gets.

Thinking about it is a bad thing for a parent, it brings me down every time. Better for me to work hard at kicking diabetes in the gut so I don’t have time to think about it - it’s the only way I can deal with it:-)

All kidding aside, I have been looking for several months at open source and advocacy, and I am thinking of making the jump, somehow, into becoming more active professionally in the diabetes open source community, sometime this year.

That is an interesting idea. Building a Gen1 glucose sensor is a trivial matter that could be accomplished in a garage with a microscope and a few tools. Now if we could just cobble together some talent around the control and communication side of things, we could roll our own sensor system. Let me know how I can help.

Building a Gen1 glucose sensor is a trivial matter that could be accomplished in a garage with a microscope and a few tools.

If you are going to make a new CGM sensor, please work on making one that measures blood instead of interstitial fluid. I’ll volunteer my veins for testing.

The existing sensors with a few minor modifications can easily be used in your veins. In fact here is a study where they put them in dog vena cava’s and they were working well. Application of chronic intravascular blood glucose sensor in dogs - PubMed

However, in the human world the risk of clots, infection, and need for sterile insertion procedures will make these unlikely to hit the market in the near future. Also, when doing this, you will want your sensor to last for longer than 2-3 weeks since the insertion would be such a pain. So, there is some additional work to be done.

Thank you for the offer of veins to test on though, this really speaks to the desire to have better measurement tools.

I tried a few times to insert my Dexcom sensor in a vein. I failed. But I learned a new word - hematoma.

But I am always interested in pushing the envelope a bit. So I haven’t given up.

To me, a CGM reading blood values, and an intravenous pump (I have had success with that), would be close to a cure.