Dexcom G5 signal loss when in car with bluetooth on?

Hi,
Lately I’ve been experiencing signal loss w/ dexcom G5, particularly when driving in my car. My guess is interference is occurring with blue tooth connectivity w/ car. Is anybody else experiencing this?
Any ideas as to cause? Any suggested action/s for remedy?
Thanks in advance!

Forgot to add: I have an iphone 6

I assume your phone is paired with the car?

When you get in, are you just connecting via bluetooth or plugging in?

yes, phone auto-connects to car when I get in. Also am charging phone when driving.

I’m having the same problem. While I’m connected to the car but not speaking with the phone, I don’t lose signal, but As soon as I start talking by phone with Car bluetooth it lose the signal.

Later when I finish my call, the app gets signal again.

I had that problem. I unpaired my phone.

I will have to pay attention in my car how it behaves. I think you can have many Bluetooth things connected to your phone at the same … but there is a limit as to what is immediately active at the same time… especially when making a bluetooth call.

@Karin7 is it possible the receiver or transmitter is being covered with something metallic? I frequently leave my keys in my pocket (my transmitter is just under the pocket) when I drive and it always impairs the Dexcom signal. When I pull the keys out of my pocket , the signal returns. I am just guessing here, but maybe it’s an impairment like with a Farraday cage.

@El_Ver El_Ver No, I don’t think so. I use my iphone and just leave it in my purse or on the car console. Have had the Dexcom for a few years and haven’t changed my habits. Losing signal in car is new. But thanks for your thought!

@Karin7 I just took a look online, and there seems to be a lot of comments pertaining to Bluetooth dropouts and the iPhone with the latest operating system upgrade. Maybe that’s what’s going on

@El_Ver thank you for that info. Perhaps problem is not ascribed to my tech deficiencies and what my husband likes to term “user error”

I like to ascribe that excuse to my wife too, and usually I end up being wrong. Sigh…

I switched to G5 this past summer and have always had this issue. It’s a real PITA, especially when I’m driving on highway and need iphone / car pairing for hands free conversations.

Yes it is a PITA!
I now have the G6 and have not experienced the same issue

With a G6 using xDrip+ on an Android 8.1 (chocolate cookie) I see bluetooth drop-out but it’s not simply a consequence of being in the car. The phone is paired with the G6 transmitter and with my Ascencia (Bayer) Contour Next One, both using bluetooth. The phone is paired for telephone calls with the built-in computer system in the car and it is simultaneously paired with an RF transmitter for media, because the car doesn’t support bluetooth media. So there are four pairs of which three (phone, media and G6) are potentially active at once.

This is all fine - everything seems to work great - unless I get out of the car immediately after shutting off the engine and walk away rapidly then the G6 connection seems to drop out. In that scenario it is likely that the phone is disconnected but the media device isn’t - it has a little energy left after the ignition is turned off and runs for maybe 10 seconds.

In any case the result cannot be fixed by attempting re-connection, instead I just turn off bluetooth and fairly rapidly xDrip+ will reestablish the connection; it turns blue tooth back on almost immediately.

I think what is happening is that bugs in the Android bluetooth software are causing it to fail trying to deal with the disconnects. Turning off bluetooth causes the software to reinitialize.

The software in the iPhone is almost certainly basically the same - both companies uses the same CPU and the core software for that is provided by the designer (ARM Ltd). Even if they don’t use ARM Ltd software the alternatives aren’t phone manufacturer specific.

Unfortunately this mess has been going on for years - it isn’t Dexcom specific. There are other instances out there of devices which are supposed to be connected permanently like the Dexcom transmitter that actually lose connection regularly. It’s difficult to know where the bug is but I always suspect the place with the biggest mass of software

Makes sense John. I’ve got a couple of cars and it’s striking how poorly one of them (Infinity) pairs and (re)pairs its Bluetooth connections (phone, media and others) compared with another car manufacturer.

Stack overflow(s) seems to be an issue, usually with older code (I suspect my 2015 Infiniti has ancient code in it)

How does Bluetooth pairing work?

Our cars are a 2004 Subaru and a 2006 Range Rover, but the former has a more recent Pioneer audio system and the latter only fully supports Nokia phones which is why I have the separate FM transmitter for audio: 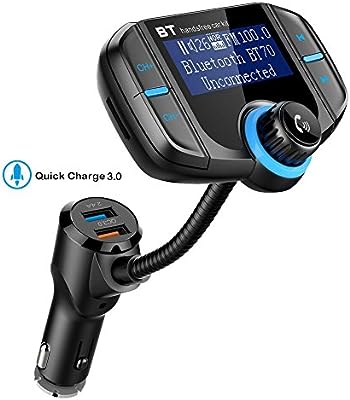 (It seems to work ok, but most of these things do.)

What I observed with the RR is that older phones had problems pairing. I still think it was the phone (Android) software but I don’t know for sure because I got the garage to scan all the systems in the vehicle and do firmware upgrades for everything because of a separate problem.

The stack overflow article refers to the pairing, but unless you ‘forget’ the device in the phone bluetooth settings that should only happen once with the Dexcom G6 transmitter. Nevertheless xDrip+ has a settings option to “Allow OB1 unbonding”, this is on by default and it seems to mean that the app will unpair and then repair the transmitter if it wants. Then there are “Unbond G5 before each read” and “Authenticate G5 before each read” options.

All these options strike me as desperation; in other words it looks like the xDrip+ authors have been flailing around trying to fix this problem for some time. I think I’ll try turning them all off to see what happens, experiment, experiment…

Wikipedia has this interesting assertion:

Certain car manufacturers use the 2.4 GHz frequency for their car alarm internal movement sensors. These devices transmit on 2.45 GHz (between channels 8 and 9) at a strength of 500 mW. Because of channel overlap, this will cause problems for channels 6 and 11, which are commonly used default channels for Wi-Fi connections. Because the signal is transmitted as a continuous tone, it causes particular problems for Wi-Fi traffic. This can be clearly seen with spectrum analysers. These devices, due t...

There’s no sourcing for that and it’s difficult to see why I see disconnects when leaving the Range Rover but it might be relevant.