How often are Dexcom G6 users getting signal loss per day with iPhone?

I have been using my Dexcom G6 for ~8 months. For the last 2 months, I’ve been getting TONS of signal loss every day, overnight, all day. I rarely get any CGM alarms because so often my CGM isn’t receiving data. I am able to get the data successfully by turning off and on Bluetooth on my iPhone X, but by that time finding out my blood sugar is high/low/trending isn’t helpful.

Wanted to ask others how many times a day they have signal loss? I’m guessing I turn off/on my Bluetooth about 20 times a day just to receive my glucose data.

Once a month with the G6, and at least a few times a day with the G5. I constantly lose signal between the G6 and the X2.

Almost never, unless I leave it in another room and it’s more than 20 feet away. Otherwise maybe once a month? And the few times it has happened it has picked it up on it’s own within 15 minutes?

But I have an iphone 8s (updated always) and just the Dexcom and the Clarity aps. I have had it for 6 months. I also carry the reader in my pocket so it has never caused an issue anyway.

Nothing like that often—maybe 3-4 x a week? Thing is, BT itself isn’t the must ironclad reliable thing in the known universe. Dx tech FAQ only talks about things like concrete and steel barriers causing problems between your sensor and receiver, but the radio airwaves are getting more crowded all the time and there can be other devices—including plain old WiFi networks—that are operating on the same frequency as Bt and can interfere with it. I believe the signal strength of the G6 is actually improved over the G5 (I had lots more dropouts with the G5 than I do now), but even so it’s bound to be relatively weak compared with, say, your household WiFi network, simply b/c you can only pack so much power into such a miniaturized device whose battery is certified to last for 3 months.

If you have an Android phone you have access to more granular BT settings than iPhones expose. If you do some googling you can find articles about that having to do with tweaking the BT protocol filtering. But with the rate of dropout you’re experiencing and the fact that it has only recently started to appear, I expect some new interference source has recently appeared in your vicinity. If you’ve recently acquired a new WiFi router, that would be one thing to check. Some routers allow you to select different frequency channels.

This article is specifically about audio BT devices but it has a pretty good rundown of all the things you can check: 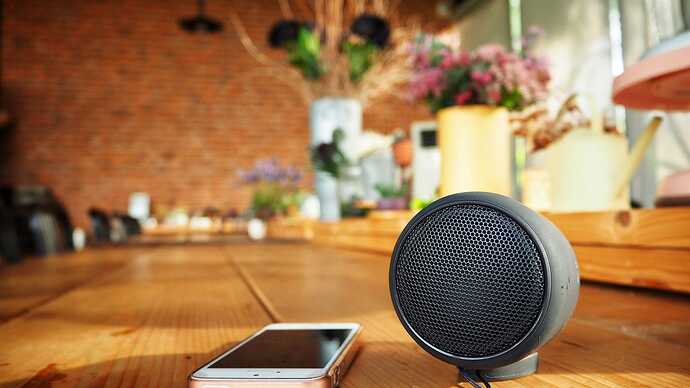 How to Fix Bluetooth Audio Stuttering

We’ve listed some of the most notable culprits on several different devices—and how to fix them.

Oh, and welcome to TUD @Katie40. Lots of good people here with broad experience and eager to be helpful. Hope you stick around!

Your outages sound EXCESSIVE! Might be worth a call to dexcom. You’ve been using it for over six months, so you’ve been through multiple transmitters and have the same problem? Eek. Dexcom sounds like it’s operating more like Libre when you have to scan the device to get the reading (it doesn’t still work that way, does it?). No bueno.

We have outages as we get to day 8 and 9 which makes me think it’s a sensor issue as opposed to a transmitter bluetooth issue. But troubleshooting with your on/off fix is worth a shot!

Are you in the city in a big apartment building or somewhere with lots of BT traffic?

Thank you! I appreciate you sharing your experience

Thank you! Glad to hear this rarely happens to you

Thank you for such a thorough reply! With how much of a nuisance this is it makes me want to get an android phone to mess around with bluetooth settings. And thanks for the warm welcome

Hi @Lorraine! Thank you for your reply. Yes it is totally functioning like a Libre, but a crappy one at that because I have to mess with my phone settings and wait for the data to pull. And the Libre stores 8 hours of data itself versus a shorted Dexcom can only retrieve 2 hours of data. Ugh it’s horrible! Dexcom sent me a replacement transmitter and it worked slightly better but maybe only 20 outages compared to 40 or more with the old one. I think it’s something going on with my phone or my surroundings.

@mohe0001 I live in Los Angeles but a small apartment building near the beach. Interestingly, this happened nonstop when I was hiking for 12 hour days in Alaska, so I’m guessing that means it’s something wrong with my phone because I was completely isolated from any Bluetooth interferences.

That makes sense. You’ve ruled out everything else!

that means it’s something wrong with my phone because I was completely isolated from any Bluetooth interferences.

Yes, sure sounds that way. Not sure exactly what the nomenclature is but it’s possible some bad data has built up in the phone and the BT cache needs to be cleared. I’ve read that’s a thing, and I’ve had the experience with non-Mac Bt headphones where the connectivity gets flakey over time. Might stop by a Mac store and see if they have any advice about this—and be sure to tell them about having the problem in the wilderness. And a call to Dexcom never hurts. I find their tech support (as opposed to sales) to be very effective, easy to reach and willing to replace units that have problems.

@Katie40 - The issue is with the cache on your phone. BLE (Bluetooth low energy) uses different protocols than the more common Classic or +HS (high speed), which is used commonly used to stream music between from your phone and car or headsets / ear buds.

Your iPhone’s iOS is sending mislabeled read requests to the Dexcom (incorrect headers sent from phone).

In plain english the only way to flush or reset your phone’s cache is to reset the iOS. Yes, this means a complete reset of the phone.

Save everything to the cloud and then do an iOS reset. Once done you’ll need to go through the lengthy process of restoring from cloud.

This past month has been crazy with the drop outs on the iPhone. I know that I am in the tail end of the current transmitter but every day it drops out for hours despite the phone being on or near me at all times. Thankfully it transmits to my pump without any drop out. Sucks though because the Clarity relies on the data transmitted to the phone which shows it in use only 85% of the time.

I’ve had multiple signal loss errors on my G5 for a couple weeks now. I finally zeroed in on the cause for me, at least: iOS 13, maybe iOS 12 also. The problem started right after I “upgraded” to version 13. Since then, I’ve pretty much had to go back to my DexCom receiver.

But continued “research” by me shows these symptoms:

My conclusion is that the DexCom software isn’t discriminating between the various Bluetooth devices in its environment. So they need to visit that portion of their code to see what’s happening.

I’ve had multiple signal loss errors on my G5 for a couple weeks now. I finally zeroed in on the cause for me, at least: iOS 13, maybe iOS 12 also. The problem started right after I “upgraded” to version 13. Since then, I’ve pretty much had to go back to my DexCom receiver.

@Rob5 - You read the Dexcom warning regarding iOS 13 (the one that tells you to delete all stored Bluetooth transmitters connections that are saved)?

I never update the iOS until all the bugs are ironed out. I’m still using a G5, and have 6 Dexcom BT transmitter pairings on my phone. Only one of them is active.

Anybody find that these errors are fewer and farther between, now?

Definitely less dropouts with the current transmitter than the prior one.

So I had my first signal loss for no reason. The only time this ever happens to me was when a sensor was starting to go wonky after I have worn it for 25-35 days. The signal dropped for a half hour to an hour. This is the same sensor/transmitter that I had trouble restarting and its only on day 13. But it seems to be working now and being accurate so it might just be that signal loss everyone is talking about that I haven’t run into before.