Someone gave me a sample one and I want to test it against my dexcom because it is cheaper etc and eventually they are making one with alerts. Does this have to go on the arm? I heard eventually the sensionic under the skin meter will be here as well.

Do you have it and how do you like it?

Did you mean Freestyle Libre?

Yes, sorry, I had forgotten the name😹

This post may be helpful, comparing readings from dexcom and Libre.

I posted on a Libre Facebook group about the overnight false lows (not compression lows), and several responded that they have similar experiences. That being said, as of last night, I’m no longer reading low all night - it looked perfectly normal -...

Thanks, I will read that. Did you wake up and test?

Here are a couple of sites that might help.

MiaoMiao is a FreeStyle Libre Reader. Continuous glucose readings every 5 minutes straight to your smart phone or smart watch.

I was part of a group who did the trials for this meter. It’s a meter you scan, don’t have to stick your fingers, you scan a ‘sensor’ in your arm. It’s not a CGM, it does not show trends, alerts, it’s not a running glucose monitor.

Yes it goes on your arm although some have had success with alternate sites I don’t use them because if I get a faulty sensor I want to be able to get a replacement from Abbott. Skintac will make sure the sensor doesn’t come off (I had a some that popped off after a few days before I started using Skintac).

I had a Blucon Nightrider Transmitter but it broke last month after less than six months of use. I just got the MiaoMiao in the mail today and it was very easy to setup and it’s waterproof unlike the Nightrider. Much better customer support as well with a 1 year warranty.

The Libre sensors themselves are pretty accurate (usually within 10mg/dl of finger stick) but it varies from person to person. It does show trends but currently without a third party transmitter no alarms. The second generation with alarms just debuted in parts of Europe though. I’m overall pretty happy with it and it is more affordable than Dexcom unless you can extend your Dexcom sensors. Btw, I love the Spike app that you can use with the third party Transmitters. It’s absolutely awesome, easy to use and frequently updated with new features.

you scan a ‘sensor’ in your arm. It’s not a CGM, it does not show trends, alerts, it’s not a running glucose monitor.

It is continuously measuring glucose values under skin, and does show trends when the sensor is scanned. But by itself does not give real time alerts.
However, it can be used with additional devices to get real time alerts, as others have posted.

What are the night rider and mia not even sure what those are? Your answer is pretty confusing there’s a lot of information here but not very much explanation of how you’re supposed to use any of the stuff or what it is. I assume they are transmitting to your phone or something like that but does the device not do that? I thought someone told me that the Libra does that itself. The reason I’m trying this is because of the new one is going to have alerts and it might be more accurate for me than dex. although I do not want to wear a sensor on my arm but I will test it out and see how it goes.

Thanks Phil and everyone. So I suppose the alerts will come into your phone when they make one with alerts? I have an older phone but I am planning to get a new one soon so I guess I will be able to use the apps needed with these other devices or with a Libre if I decide to switch to that. I’m thinking that the under skin sensor might be the best for me so I don’t have to deal with constant changing of sensors but I don’t know how I will react to having something in my body for that long either.

I believe it is a CGM actually I have seen graphs people posted it in an article posted here. As others have said you just have to use it with a different app / device. It is kind of crazy that they would make this with all this data and not give you any way of looking at it – so you have to use the outside apps to see all of the data.

Comparing xDrip calibration of FreestyleLibre via MiaoMiao, OOP which uses Abbott’s algorithm to generate real time CGM and a G6.

Yes, MiaoMiao improved the outcomes a bit, but I saw the same issues across two sensors. Moral? Always understand how “good” your CGM source is…

#FreestyleLibre & #MiaoMiao: Two weeks. What did I think?

After running with the FreeStyle Libre with the MiaoMiao as a CGM system for two weeks, I’ve drawn some conclusions from use, although there’s a world of work to do to extract the data …

The comments received contain some interesting tidbits, including “thermal variation under the skin drives the variability in the tiny substrate layer that houses the glucose oxidase. It’s factory calibrated to produce a number, but should be adjused based on the thermistor output as it affects the catalyst efficiency.” (hence the reason many of us see lower than actual CGM readings when we awake) 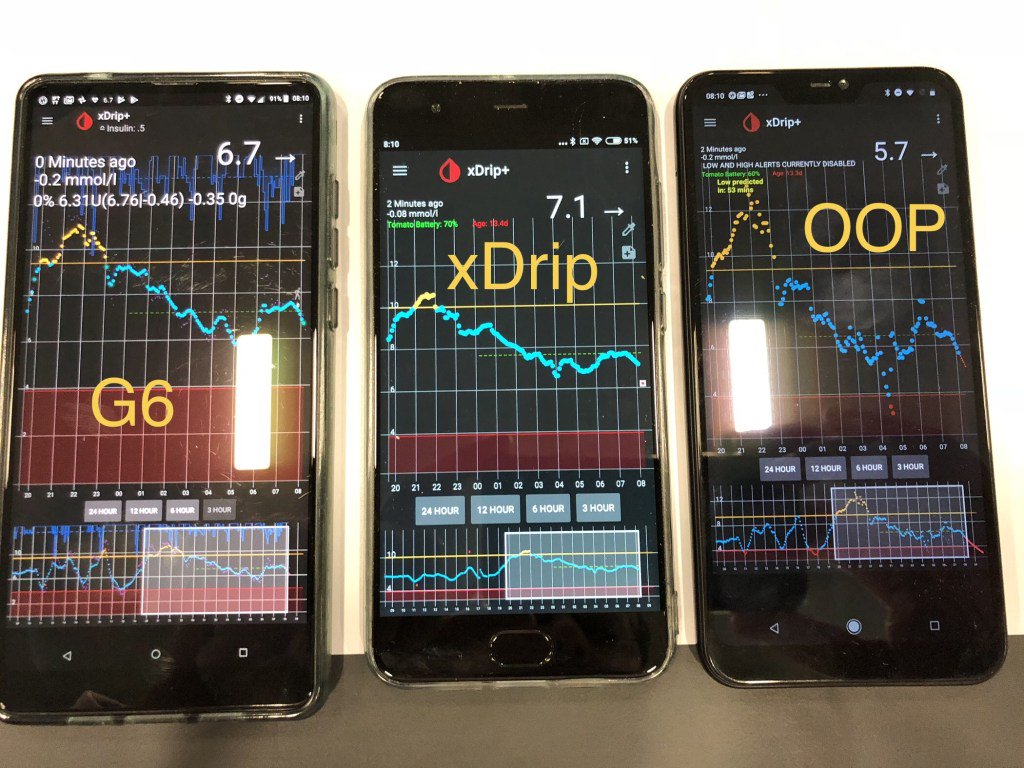 Thanks, looks like I have alot of reading to do.

The Nightrider and MiaoMiao are third party transmitters that are not approved by the FDA or other regulatory agencies. They send the BG readings every 5 minutes to your phone so that you can get alarms when your BG goes out of range. They run from $150-200 which is why I was disappointed that the Nightrider broke so quickly.

The scanner that is meant to be used with the Libre sensors works by swiping the scanner over the Libre sensor in order to get your BG reading as well as a graph of the last 8 hours and a trend arrow. There is a Libre app out now that does the same thing but I haven’t used it.

The Libre does not independently transmit any readings to a phone or the reader and the second generation Libre which is only available in parts of Europe right now does not work exactly like a full CGM either. It will ring when your BG goes high or low but you will still have to scan the sensor in order to find out what your BG is.

Hmm sounds like a pain having to scan it. And an 8 hour graph is not enough. I need trends as well, not simple alerts. I guess Dex is best for me for now but I’ll try this.

So the 3rd party transmitters do the scanning and allow the sensors to function real-time with a phone app like I am used to with Dexcom receiver? Trends, arrows, graphs are then limited by the app capability?
Good to hear cause there’s no way I’m going to set an alarm clock to wake me several times each night.

Yes and in my experience there isn’t much the apps can’t do. Currently the Spike app (it’s only for iOS phones) that I use has about 6 different alarms with many customizations available like different alarms for the time of day to whatever sounds you want them to make AND frequency. They just added glucose predictions along with the arrows, graphs, etc.

Abbott is coming out with the Freestyle 2 - will have Bluetooth and alarms. Will be same price as the Libre 1 . Not in North America as of yet 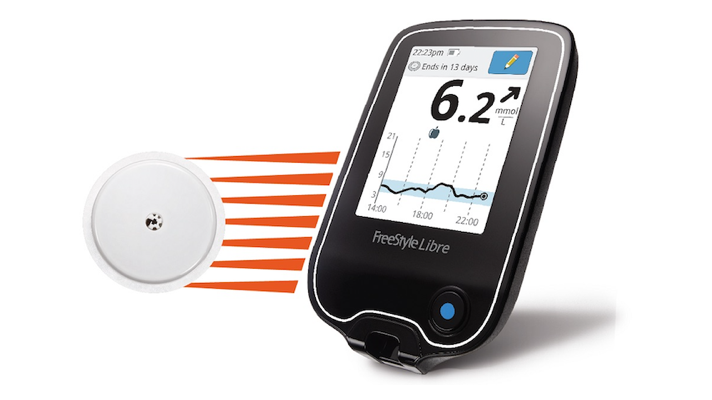