I destroyed a Humalog cartridge last week by being outside in temperatures in the high 90’s, and not having enough ice packs to keep it cool for more than a few hours. Being in the shade was not enough.

Frio makes what seem to be exaggerated claims about their products. “FRIO® wallets keep insulin safe for a minimum of 45 hours (more than five times longer than an ice pack) — even in constant environmental temperatures of 100 degrees Fahrenheit!”

A minimum of 45 hours? Only in an environment of 0% humidity, I’m guessing, if even that. I know we’ve got some scientists on this list, and I hope one of you has a solution to the problem. How can I spend 8 - 10 hours in our “new normal” summer temperatures carrying only a day pack, and have my insulin survive?

Most of the time, I’m in climate controlled spaces, and my 30 - 45 minute bike rides between oases haven’t presented problems. What do you do when you’re outside for most of the day?

I use Frios whenever I travel. I soak them until thy grow fat, push the bottle in, and I’m good to go. I’ve had them in the car for over 8 hours when traveling in 90+ degree weather, and even when leaving the car parked long enough for the temp inside to reach, probably, 150, it kept the insulin safe.

What DIDN’T keep the insulin safe was the darn refrigerator I ordered for my hotel room, which froze two bottles. Luckily it was the last day of vacation and I had enough in my pump to last until I got home.

Thank you, that’s reassuring. My “con artist” alarm was sounding.

Definitely no “con” with Frio - they work!

If it’s 100% humidity or something close they won’t work as well and you must allow them to be in an environment where they can evaporate. Don’t put them in a super sealed bag or cooler. They need some air flow to be effective. IIRC I saw cross country bikers using these in some youtube videos I watched a year or so ago and it kept their insulin safe.

I haven’t used a Frio wallet, but I read some reviews saying the gel had leaked out, making the Frio unusable, not to mention making a mess. I also read they need air circulation to work, so putting it in a sealed bag wouldn’t let it do its job as it won’t be able to evaporate. But it seems like most people who use Frio wallets love them.

I use a Hydro Flask with some cool bags/gel packs (flask and cool bags from the fridge, not the freezer, to be sure my insulin doesn’t freeze) and it works really well. I’ve spent the day out on hot days with my insulin in a Hydro Flask and it’s still been cool when I get home. It’s bigger than a Frio wallet, but I’ve always got space in my pack if we’re going out for a day and all I need to do is be sure the lid is on tight to keep the cool air inside.

I find the 20oz wide mouth Hydro Flask has plenty of room height-wise for any pen (including a glucagon pen), and diameter-wise for about 4-5 pens (with a cool bag inside) so they work for travel, too.

This is the 20oz wide mouth one I use for my pens: 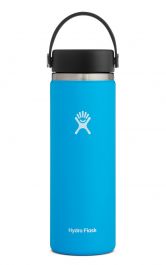 The ‘coffee’ flasks might work for traveling if you only need to keep cartridges or vials cool, although they have a different lid that has a hole you can twist open to sip from:

Shop our Coffee Collection at Hydro Flask. We've created industry-leading vacuum-insulated coffee mugs that are perfect for your daily commute. Keep your coffee hot for up to six hours! Lifetime Warranty.

The ‘wide mouth flex cap’ has the tightest seal and is the one that comes with the larger flasks, including the 20oz I have: 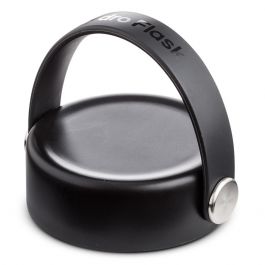 I use a thermal coffee cup with a plastic lid. One ice cube and it keeps cool all day in a hot car. Seems crazy but it works.
I realized it years ago I had ice coffee in my cup and forgot it at while at the beach. Hours later I was going to dump it but the ice was still solid, so I bought one for insulin.
One ice cube in a plastic bag insulin on top.

Hmmm… none of my insulated beverage containers work that well for my iced coffee. Guess I should buy better stuff.

Frio works for me too.

It’s definitely better to be safe than sorry, but, for what it’s worth, there’s a good chance your insulin was just fine. I leave insulin in my pump for 6 days and it’s certainly not kept cool in any way and it’s just fine. I also don’t refrigerate my open vials of insulin and it can take several weeks to use them. No problems.

It was drilled into me when I became diabetic that insulin must be refrigerated and I used to carry it around in a little cooler thing, but, like a number of things I was told then, it ain’t necessarily so.

I’m not advocating heating your insulin, but, if it gets hot for a while, it may not be ruined.

For over 15 years Frio has never let me down. I flew to Korea, and back. The insulin was perfect.

Oh, that insulin barely had any effect the next day. I increased my dose by 50%, and it did very little. Doubled the next one, and that almost worked. It really was toast. In the summer, my bedroom reaches over 80* for a while, and that doesn’t seem to create problems. 95* for hours is apparently more than it can survive.

I have frios. I don’t know where they are now. I just use the smallest one to keep my current vial in and I never take it with me anymore I don’t even use the cooling part lol. I used to and they were too heavy. However I do not stay anywhere too long at a really hot temperature or too cold etc. but I think it worked very well when I used to take it to the beach on the rare occasion I went.

Mostly it is in the little pouch now in my bedside chest up in my room which can get hot if there is a heat wave or it’s downstairs somewhere. I guess I should start carrying it around with me in case of emergencies but I’m usually close to home so I don’t worry about it. However there was one incident where I had forgotten to put my pump on and left for farther away.

Since the pandemic I stopped carrying my insulin with me it was just too hard to do. I am on a pump.

How do you know that you destroyed it did you actually try to use it? Because insulin usually survives heat very well however if you freeze it that’s the end of it.

That cartridge was maybe half as effective afterwards as it had been before. 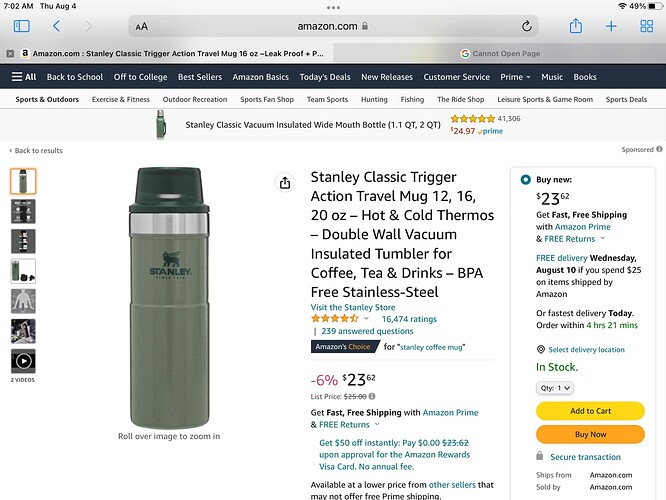 Sometimes I have thought mine was too but it turned out it was something else.

Hi Finn. Last time on MDI in early 2000 I traveled to Costa Rica and Nicaragua backpacking. I used a Frio with absolutely no problems. Just went back on MDI and bought some more
Frios and still very happy. Wonder if your insulin was going bad prior? I love where temps are 115. Course not riding bike when that high

Hi Finn. Last time on MDI in early 2000 I traveled to Costa Rica and Nicaragua backpacking. I used a Frio with absolutely no problems. Just went back on MDI and bought some more
Frios and still very happy. Wonder if your insulin was going bad prior? I love where temps are 115. Course not riding bike when that high

I’m not sure if I’ve had insulin going bad (although @machiya did) but during the heatwave a few weeks back I kept my insulin at home in my Hydro Flask to keep it chilled without being cold. It also meant I could take it out without worrying about it getting too hot.

Before I started using the Hydro Flask, I was noticing my insulin needs were increasing, but I’m not 100% sure if that is an issue with the insulin and temps, with the heat affecting my needs, or with my honeymoon period coming to an end.

This is my first summer since diagnosis, so I’m still figuring everything out, but I decided to play it safe rather than sorry for something as important as insulin, so I keep my insulin in my Hydro Flask when it’s hot out.

I’m almost 20 years in and still figuring out. On an infusion for thyroid eye disease and one side effect is hyperglycemia. So has been fun. I just ordered an I port from Medtronic’s for my insulin dosing. Just change every 3 days and can inject your insulin through one port. Also looking into InPen which acts like an insulin pump with the info displayed on you phone. So sort of benefits of a pump without any tubes etc. best of luck on your journey. I’m super vigilant and A1c is always in mid 5’s no matter what method I use.

I really like all the solutions here but have to say also that I’ve had humalog and other pen insulins in 90+ F temps for a week or two and still had them work without problem.