Hitting a vein and bleeding through my tubing

I have been using a medtronic pump for about 6 years (I’m switching over to a t-slim hopefully within a few days) and have never ever had this happen to me. I was putting a [mio] set into my leg and when I took the needle out there was blood on it. I was not concerned at first because I’ve had bleeding before, but was curious because Ive never seen it on the needle. Then I looked down and blood was running through the tubing (which was not filled with insulin). I immediately took it out and it continued to bleed, but not significantly.

I’ve never really been a gusher, but I definitely bleed more when I put sets in my legs because I am more likely to hit muscle. It did not hurt when I put it in but I am assuming I hit muscle and a vein because of, well, the blood, and it was pretty far down my thigh. There is a pretty significant bruise there now that is about the size of a golf ball, is quite dark, and is noticeably swollen.

I am not really concerned with the wound, but was wondering if this has happened to anyone else? It was one of my weirder experiences after 7 years of diabetes, but it made a great story! 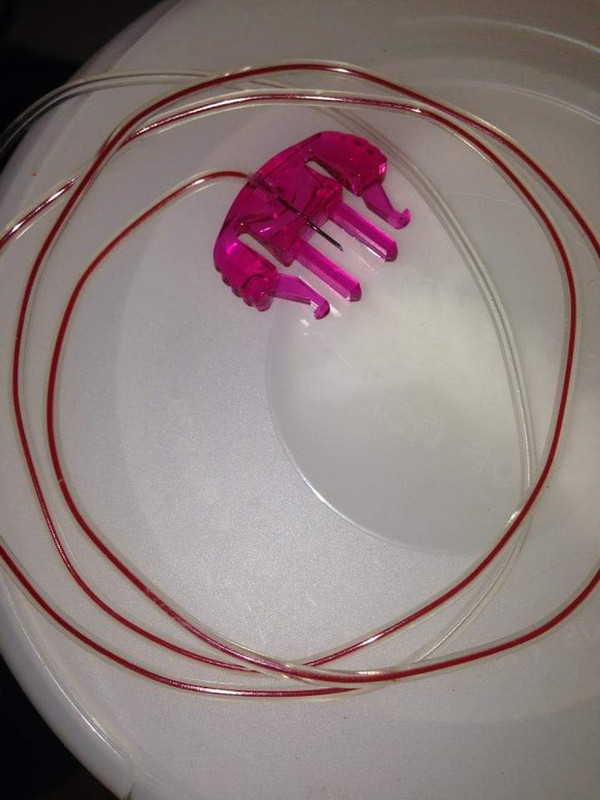 years ago, I’d sometimes get blood traveling up the tubing a few inches (displacing less than 1.5 units of insulin. I just let it settle down on it’s own. I haven’t seen that occur for quite some time now.
EDIT: I ran much higher than normal for more than 12 hours so a few minutes ago I relocated the Sure-T. When I pulled it out, I got quite a gusher of blood (but there was no blood in the tubing). Bg’s are leveling out and I’m kicking myself for not having moved the set last night. It is RARE that I have issues such as this in recent years.

yeah, I have had one major bleed like that along with the more common ones where it gushes when you remove a site. It took a while to get the bleeding to stop after I immediately removed the site and it left a hefty bruise and swollen area behind that took some time to resolve.