How accurate is the Medtronic Guardian Link 3

I’ve done a search but couldn’t find what I was looking for.

I had my mind set on the tslim x2 pump until I found out that the dexcom transmitter only lasts 3 months and costs about AUD$540!! So in a year thats $2160!! That’s awfully expensive.

Now I’m having second thoughts and maybe I should go with Medtronic where the transmitter is actually free with the initial box of sensors and no ongoing costs (unless the transmitter dies after 12 months).

But my issue with medtronic is I did terrible with their v1 and v2 of the guardian link 3 transmitter. It was wildly inaccurate on me and I always had trouble getting the full 6 days. My DE has told me link 3 is excellent and a game changer with automode and no longer inaccurate. Given I had such terrible experience with their sensors previously, I am nervous that v3 will also be the same.

I can only speak from my personal experience. I am from Medtronic town. I live in the city where Medtronic is headquartered. EVERYONE here is on MT tech.

My life changed completely when I stopped using MT tech. I highly recommend that you pay the extra money for the Ferrari, as opposed to paying a bunch of money for a beater. The beater (US lingo for a junk car) is just gonna break down. You might as well just throw the money in the river if your sold on the beater.

P.S. I’m a big fan of beater cars, but NOT beater diabetes tech. 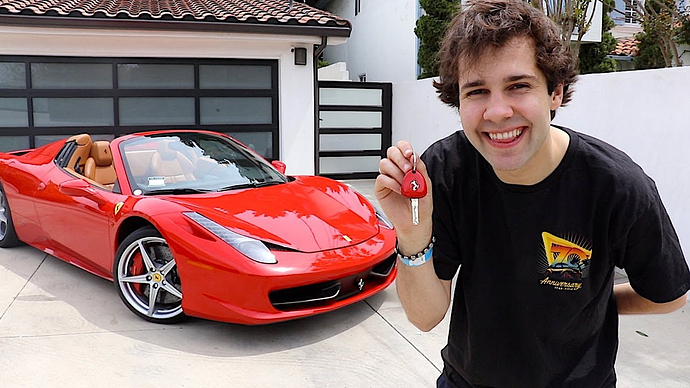 I used the very early Sof-sensor, which did not communicate with pump. But now on dexcom.

@Sally may be able to help.

@Sally, the V3 is by far the most accurate MT has ever produced, and certainly rivals the Dexcom V5 which i used and it blows away the V2 or sofsensor. I do find that the first 24 hours can be Sketchy. But in actuality thst lasts for about 12 hours usually and CM’s even settle in just fine within two hours of starting.

I do not suggest you use them on you abdomen. Long term users know that the arm is the only real place to use them. This causes a bit of an issue, because the current design requires someone to help me to put it on. I do admire those who can do it by themselves, but I am an old fart with RA and that just does not happen.

The v700 pump and v4 transmitter will arrive by years end. They expect to issue an interim version pump with the same algorithm as the 670g in the near term, them upgrade to the full v7 specifications As soon as FDA gives approval. As for sensor wear you should count on 7 days pretty regularly. I typically run my sensor on 6 days Which is two sets right and two left then repeat,

Others are taping more cautiously and find they can get. Up to 15 days per sensor. Albeit with transmitter disconnects and recharges. Again old fart, arthritis, etc, etc,

Accuracy, I will generally run 5-15 points off of real if i am above 150. I can be off as much as 30 if I am above 200. Those are pretty close to announced operational characteristics.

Now here is my standard warning. If you do not intend to be a close arb counter do not buy the 670g. When you get this you are committing to being an authoritarian carb counter. I carry a app on my phone and look up every bit of food, or read every label. It is bad enough when restaurants put in to much pasta, but if you are guessing you will go high or low and then you are chasing your tail. If you ar not willing to put effort into crab counting do not purchase the 670g. THE 630g use the same v 3 sensor as the 670g and it is in my opinion a good pump.

Let me know if I can help in any other way.

I will get p=back tot this’d post ad add my general disclaimer about being a Medtronic ambassador later this evening. Suffice it to say i do not get paid to make any comments about Medtronic, but i do rally like the shirt they sent me for being an ambassador. I did however throw the cup away.

I am a Medtronic ambassador. My opinions are my own. They did not pay me to say nice things. OK, they sent me a shirt and a cup but even I am more expensive than that.

Will the Sensor be covered by Medicare? Thank you. Right now it is not.

My G3 sensors are terribly inaccurate during the first 24 hours. I often get BG readings not acceptable/change sensor alarms during this period. Sometimes I call Medtronic for a replacement or disconnect and reattach the transmitter and start over again.

After the first 24 hours, the sensors calm down and tend to record readings averaging about 0 to 10 points lower than my meter… After 7 days, I remove and recharge the transmitter and reconnect for another 7 days and the accuracy seems to be improved. However, occasionally, the sensors get somewhat flakey after the second 6th day…

Unfortunately, the algorithm in the 670G automode tends to keep me at 150. I have my fill cannula program set at .7 .Units and use it as a correction Bolus whenever my readings rise above 130 if there is no insulin on board.

Sally, The current sensor will not be covered. It is expected to be covered when the newer 760 and 770 pump is announced. However to my knowledge Medtronic has not yet received approval for that to happen.

I am a Medtronic ambassador. My opinions are my own. They did not pay me to say nice things. OK, they sent me a shirt and a cup but even I am more expensive than that.