It appears to be confirmed cure for Type 1

I have heard and read that the vaccine for Tuberculosis (BCG) has cured type 1 diabetics who were in the trial period for 8 years and still having normal readings. Has anyone heard anything about when we can get this vaccine?

Eddie2, have you heard anything contradicting the reports on news outlets?

Outside of a pancreas transplant along with its undesirable immunosuppressive therapy, there is no known cure for diabetes. I would be careful using the word “cure” in relationship to diabetes. A cure would have to mean a complete restoration of health with no further treatments required. It is a high bar and we can only hope that will be true at some time in the future. In the meantime, Dr. Faustman’s research is a work in progress.

Dr. Denise Faustman, the primary researcher of the therapy you reference will make a presentation to the American Diabetes Association Scientific Sessions, an annual meeting that starts tomorrow, June 22, 2018, in Orlando, Florida. Here’s a mention of her work in today’s DiabetesMine website. 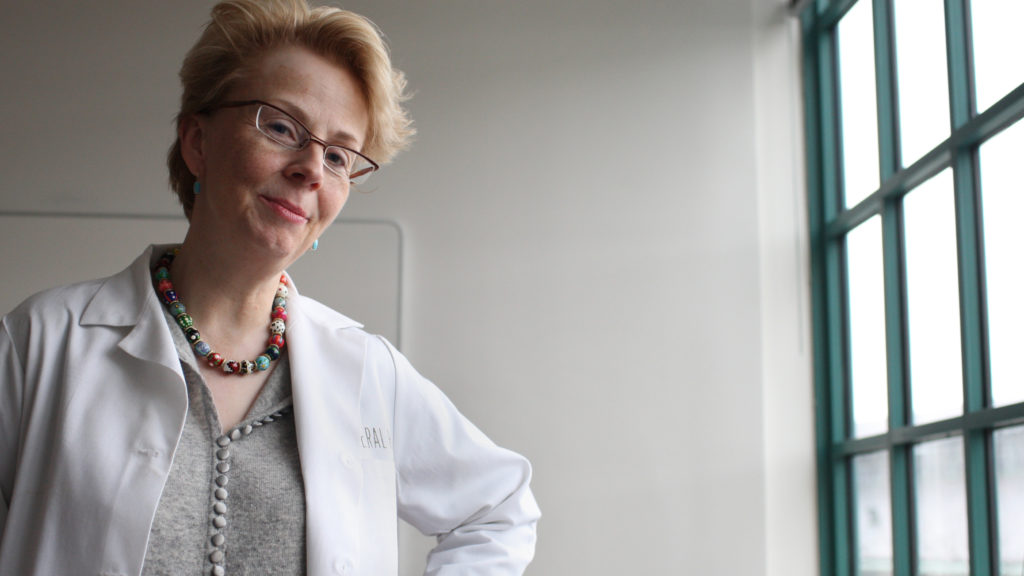 An experimental therapy for type 1 diabetes, widely derided by mainstream diabetes researchers, lowered blood sugar levels to near normal in a small trial.

While I am not a frequent poster, I occasionally have butted into these threads and mentioned Dr. Faustman and her research. I have said all along that she’s the one with the golden ticket.

I’m sure her work is going to get plenty of positive and negative feedback, and I’m fairly sure SHE hasn’t gone so far as to call BCG a “cure” just yet, but her work has been included as valid type 1 practical cure research for some time.

The research is in phase 2 clinical trials now. If you live in the Boston area and fall within certain study parameters, you can apply to be part of the trial. Unfortunately I have had the disease too long to take part in this trial, but the good news is that BCG has had positive effects with people who have had type 1 for many years.

The problem with the purported BCG cure for type 1 diabetes is that BCG has been used for decades to treat tuberculosis, which used to be a major complication of diabetes and which still is in the third world, and from all these cases of giving type 1 patients BCG, no significant clinical improvements have ever been noted. It is also sometimes used in the treatment of bladder cancer, and again, in the cases of those with bladder cancer who were also diabetics who had this treatment, no improvement in the diabetes status has ever been reported. BCG is also not without its own bad side-effects, so I don’t invest much hope in this approach.

I wish there was a way to block the word “cure” from this forum’s thread titles.

For years, all we know is that our immune system attacks the islet cells thinking they are foreign and don’t belong there. We don’t know WHY it does this.

Once we find out why, we can then figure out how to get around the immune system. We then implant new cells and let them do their job.

Here’s the medical journal publication of the relevant study:

Abstract
In the past decade, interest in the century-old tuberculosis vaccine, bacillus Calmette-Guerin (BCG), has been revived for potential new therapeutic uses in type 1 diabetes and other forms of autoimmunity. Diverse clinical trials are now proving the value of BCG in prevention and treatment of type 1 diabetes, in the treatment of new onset multiple sclerosis and other immune conditions. BCG contains the avirulent tuberculosis strain Mycobacterium bovis, a vaccine originally developed for tuberculosis prevention. BCG induces a host response that is driven in part by tumour necrosis factor (TNF). Induction of TNF through BCG vaccination or through selective agonism of TNF receptor 2 (TNFR2) has 2 desired cellular immune effects: (1) selective death of autoreactive T cells and (2) expansion of beneficial regulatory T cells (Tregs). In human clinical trials in both type 1 diabetes and multiple sclerosis, administration of the BCG vaccine to diseased adults has shown great promise. In a Phase I trial in advanced type 1 diabetes (mean duration of diabetes 15 years), 2 BCG vaccinations spaced 4 weeks apart selectively eliminated autoreactive T cells, induced beneficial Tregs, and allowed for a transient and small restoration of insulin production. The advancing global clinical trials using BCG combined with mechanistic data on BCGs induction of Tregs suggest value in this generic agent and possible immune reversal of the type 1 diabetic autoimmune process.Diabetes Metab Res Rev. 2018 Jan;34(1). doi: 10.1002/dmrr.2941. Epub 2017 Sep 29.

The operative words here are “allowed for a transient and small restoration of insulin production.” I can hardly wait for the sublime delight of drawing the barrel of the insulin syringe down a sixteenth of an inch less five times a day: I’ll practically be cured.

I read about this too and the article I read made it sound as if a certain cure has been reached. Rather doubtful, but I wonder how it would work on newly diagnosed children?

I hope to make some time this weekend to dig deeper, but the headline seems to conflicts with the facts. I’ve seen “cure” and “reverse type 1 diabetes” and also reduces insulin needs by 30 per cent. These are worlds apart. Has anyone been able to get to the true underlying results of this research?

I don’t know why this is being reported as reversal or a cure.

We’d still need insulin and still need daily management of our blood sugar. My understanding is that all the vacceine does is cause blood sugar to be in range more often (maybe due to some increased insulin production?). So that may be incredibly useful and may vastly decrease the burden of Type 1 diabetes…but it’s nowhere near a cure.

She has a twitter account, never been there, that contains a lot more information. Raising funds to move the trials on is hard because Big Pharm does not want a cure

I think it’s more specifically that the drug is already generic—and cheap—so there’s no money to be made on it.

But I wish these articles would try to be a little more accurate as to what the findings do and do not show.

TB is a complication of diabetes?

TB is a complication of diabetes?

In 3rd world countries, people with diabetes have a greater risk for developing tuberculosis, and is particularly worse for those with poorly controlled diabetes.

Mycobacterium tuberculosis is a highly contagious air-borne bacterium, and people with diabetes are more likely to move from the latent form of tuberculosis to the active form when exposed.

Diabetes is a risk factor for pulmonary tuberculosis: a case-control study from Mwanza, Tanzania.

Diabetes and TB are associated, and diabetes is increasingly common in low-income countries where tuberculosis (TB) is highly endemic. However, the role of diabetes for TB has not been assessed in populations where HIV is prevalent.A case-control study was conducted in an urban population in Tanzania among culture-confirmed pulmonary TB patients and non-TB neighbourhood controls. Participants were tested for diabetes according to WHO guidelines and serum concentrations of acute phase reactants were measured. The association between diabetes and TB, and the role of HIV as an effect modifier, were examined using logistic regression. Since blood glucose levels increase during the acute phase response, we adjusted for elevated serum acute phase reactants.Among 803 cases and 350 controls the mean (SD) age was 34.8 (11.9) and 33.8 (12.0) years, and the prevalence of diabetes was 16.7% (95% CI: 14.2; 19.4) and 9.4% (6.6; 13.0), respectively. Diabetes was associated with TB (OR 2.2, 95% CI: 1.5; 3.4, p<0.001). However, the association depended on HIV status (interaction, p = 0.01) due to a stronger association among HIV uninfected (OR 4.2, 95% CI: 1.5; 11.6, p = 0.01) compared to HIV infected (OR 0.1, 95% CI: 0.01; 1.8, p = 0.13) after adjusting for age, sex, demographic factors and elevated serum acute phase reactants.Diabetes is a risk factor for TB in HIV uninfected, whereas the association in HIV infected patients needs further study. The increasing diabetes prevalence may be a threat to TB control.

Role of Diabetes in prevalence of Tuberculosis

Here is the central statement of the result/goal of Dr. Faustman’s recent study, taken from page 4 of her 6-page article:

Long‐term follow‐up of Phase I participants continues, including analysis of patients in the placebo arm who have now received BCG in an open‐label crossover portion of the study. A randomized, placebo‐controlled Phase II trial is also currently underway, in which subjects will be followed for 5 years. The Phase II trial has enrolled type 1 diabetic subjects with long standing diabetes who demonstrate some small amounts of remaining C peptide as measured with an ultrasensitive assay. The endpoint of this trial is a >10% lowering of HbA1c values. Data from multiple sclerosis trials show that clinically significant immune alterations after BCG administration may take time to occur.31 Therefore, a trial duration of 5 years has been selected for the Phase II type 1 diabetes study, as a clinical outcome, not just a biomarker outcome, is desired.

So there is a hope for a lowering of HbA1c values greater than 10%, so if the patients with an A1c of 7% drop to a 6.3% she’ll proclaim victory? I doubt the patients will.

We’ll soon be coming up on the hundred-year anniversary of the last truly significant advance in diabetes treatment, the discovery of insulin, and I wish patients would use the occasion to protest the inertia of the research community, wasting time as they do with efforts to avoid patients having to inject insulin rather than take it in some ‘painless’ way, as though this were the main issue in diabetes, or with the perpetual effort to improve management of a disease whose existence is accepted rather than curing the disease. Aids, which had been known in isolated cases in the West since 1959, came to general public attention in the early 1980s, and because Aids patients rallied together and vigorously protested their plight, they got enormous funding from national agencies, and now their condition has gone in record time from being a death sentence to being a chronic condition. They streaked past diabetics, who were bought off with expensive little trinkets in the meantime which did not achieve anything like the difference realized in Aids therapy during that period. If we protested as energetically as they did, perhaps we would see some faster results as well.

Diabetes went from being a death sentence to a chronic condition. I actually think they’re very similar, both can now be managed relatively effectively but neither is close to a cure.

THere is on clear advantage to “a transient and small restoration of insulin production.” – it could minimize the risk of DKA. Still, not a cure, but one heck of a benefit.

The Phase II trial has enrolled type 1 diabetic subjects with long standing diabetes who demonstrate some small amounts of remaining C peptide as measured with an ultrasensitive assay.

So does this treatment only work for those who have some small amount of residual insulin production? My understanding is that, even when measured with super-sensitive tests (that measure down to 0.03 or 0.01, when most tests report anything under 0.1 as “undetectable”) there are about a third of people with Type 1 who have levels undetectable even with these tests. Would this treatment work for this large group?