My Dexcom G6 experience
I was seeing, what I consider to be, high glucose readings on my Dexcom G6. Reading was over 300mg/dl. This was very unusual for me and I did not use my meter to check the results. I bolused a large correction at dinner time as my reading was 264mg/dl on my G6. After dinner the readings were still high, but in the low 100s. Later that evening/early morning, the G6 receiver indicated loss of signal; and continued to show the signal loss for several hours. After three hours, I replaced the transmitter without replacing the sensor as it only had a few days on it, waited 20 minutes. At this point there was no obvious way to pair the new transmitter. So, on the receiver, I pushed Stop Sensor and the display came up ‘NEW SENSOR’. I pushed the New Sensor button. I keyed in the old sensor code when prompted. Then on the transmitter menu on the receiver I was able to pair the new transmitter to the old sensor. Once done, I put in the new transmitter serial number when prompted. Pressed start sensor button and sensor went into 2 hour warm up. After the warm up and breakfast the next morning, he receiver indicated 269mg/dl and the meter indicated 143mg/dl.
The transmitter never gave a failure notification; it just could not communicate with the receiver and continued to display “loss of signal” for multiple hours. If it could not communicate to the receiver, no matter what the sensor reading was, my logic was to replace the transmitter. Once this was done as described above, the sensor came back but was reading 224mg/dl and multiple meter readings (2 different meters) were 122, 125, 122 mg/dl. At this point, I replaced the sensor.
Now the new sensor has finished warm up. It has a new transmitter and everything is communicating. The readings are what is expected (around 130mg/dl).
What did I do wrong? It was a terrible night with little to no sleep. Other than going back to finger sticks, there seems to be no way to have any confidence in the G6 readings. My lessons learned are the following;

It is highly unlikely that a transmitter was off. I would have replaced the sensor first.

I always replace transmitter at the same time I need to replace a sensor. Transmitter will not end early, it will finish an in progress sensor session.

The reason your readings were high, is that you restarted a previously used sensor. Restart of sensors always, in my experience, gives BG readings higher than actual values. It is therefore important to either never restart sensors, or if you do to calibrate any re-used sensors soon after starting, because the values are not reliable until calibrated.

Also, restarting sensors can be done but I find a restarted sensor is quite inaccurate initially. And sensor problems are, in my experience, far more common than transmitter problems. I’ve had only one transmitter give out that I can recall, and fortunately it was on its third month of use, giving me a bit of a buffer in terms of supplies.

I usually don’t have a problem having spare sensors on hand but how do you get spare transmitters?
Maybe it’s just my insurance but they ship me one and won’t ship me a new one until exactly 3 months later at the earliest! My timeframe of having a spare transmitter available is all of a week or two!

but how do you get spare transmitters?

Have one fail midway through its use. You have to send it back but in my case, they continued to send replacements along with sensors every 90 days, and I usually get > 100 days out of them so now, almost two years in, I’ve always got one spare. Also I started with a “test drive”, 3 sensors and one transmitter for an introductory price. So I started out ahead of the game.

Two actually, because someone gave me an extra that was going to expire.

One other note, like lots of things with expiry dates, these are good for a while after their “best before” dates!

how do you get spare transmitters?

You might need to go a few days without a sensor to get everything sync-ed up better.

therefore my decision to replace the transmitter. The sensor was only three days old, so I did not want to lose it.

Your not supposed to do this.

It’s assumed that you change the sensor and the transmitter at the same time. It’s pretty difficult to pull that transmit out while keeping the sensor in place (depending on placement).

That doesn’t really speak to the original failure, though, which was a goofy high. Without a manual stick we have no way of knowing if this was sensor error or an unexpected high.

Check the goodrx prices, much lower than $1000.
Still need RX.

how do you get spare transmitters?

My Tandem trainer gave me one out of the trunk of her car.

The Dexcom G6 has multiple points of failure. Some of them are called out, such as other drugs interacting with sensor readings (antihistamines, although more recent G6s are effected only with high doses). Unfortunately the “system” does not provide diagnostics or error indicators to let you narrow down the source of the problem. One source of inaccurate readings relative to finger stick meter readings is a bad site placement. Due to a prior car accident, I cannot put the sensor on the left side of my abdomen and get reliable readings. The accident rearranged my internal organs and although everything moved back close to normal positions, some scarring and fluid movement under the skin. So I insert the cannula/sensor on the right side and move location around to avoid the common dermatological issues that occur with continuous device use. So the insertion site can be another source of CGM errors. 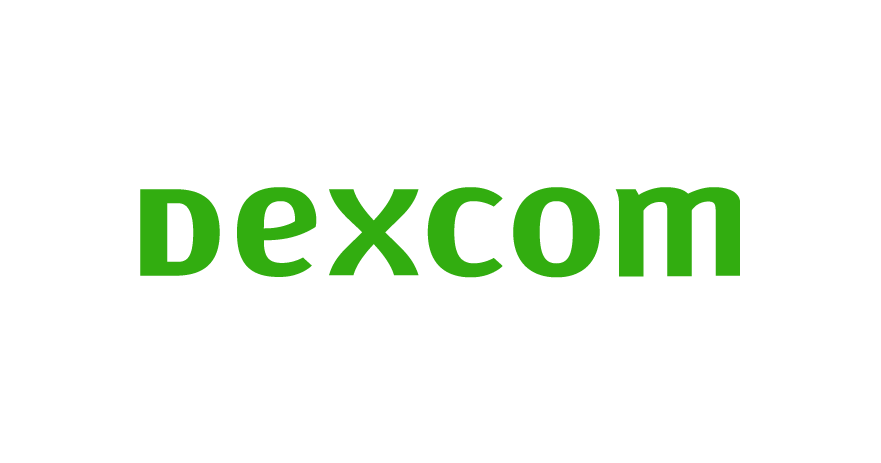 Hydroxyurea and Acetaminophen or Paracetamol are substances known to interfere with the Dexcom sensors. Learn more about risks and recommendations.

Yes, thanks for catching that mistake. I make those tupes of mistakes whrn typing something long on the phone😟

Bleeding on insertion, too. That can make inaccuracies.

I suspect it wasn’t a transmitter error as such either. While logic says transmission problems lie with the transmitter, the other end of the equation is that the sensor needs to be readable and the reception not blocked. I have occasionally received those ‘loss of signal’ messages and I have found that if my receiver is on a different side of my body than the Dexcom or if there is something in between the two - such as a cat on my lap - I will receive that message. Sometimes there is no apparent reason. I ‘wait it out’ which is what Dexcom recommends. Almost always it will come back and will continue without a problem, although it may need to be calibrated. On the few occasionas it hasn’t, I have contacted Dexcom who has replaced sensors twice and a transmitter once. Generally, they say it is a sensor issue, not a transmitter issue. With the failed transmitter it actually sent me a message that it had failed after I replaced the sensor. Dexcom replaced both.

If you receive a reading that seems out of the ordinary, especially if you have been having issues with your sensor, test with a blood glucose meter. Determine if the sensor is indeed accurate or inaccurate. Usually the first day or so of a new sesnsor the readings will be off. If it contiues off, then calibrate. I would try to calibrate a sensor rather than replace it right away to see if it ‘catches on’, especially if it is a relatively new one.

Personally, if my CGM and my BGM both said that my blood glucose was over 250 before dinner then wouldn’t eat dinner. That’s higher than my BG goes if I don’t bolus for dinner, so I wouldn’t need to eat.

Once BG is that high, correction factor is optimistic, BGM and CGM are inaccurate, insulin resistance is induced, and digestion is effected. That’s too many variables for me. I’d cautiously correct, and expect to correct at least twice more to get to 120mg/dL and stable.

imo, Dexcom has done the PWD community a disservice with their " no more fingersticks" advertising. It’s only true in the sense that you don’t need to do as many when it is working well.

In 8 months of testing, I’ve had less than 10% of my G6 sensors work well within 6 hours after insertion. More than 25% took more than a day to be within 20mg/dL of my 2 BGMs from my preradial level to after dinner peak to my next preprandial level. Some took 2 days. While sensors aren’t trustworthy I use my BGM more often than when I wasn’t using a CGM and I have to use my pump in manual mode.

G6 transmitters stop transmitting if they lose electrical connector to the sensors. This can happen if the unit isn’t seated (2 clicks) or if condensation occurs and shorts the sensor contacts. The later happened to me after a shower and on a hot humid day when I was in and out of a house with AC.

Calibration changes the “response curve” stored in the transmitter. If it isn’t done with stable, in-range BG, it biases that curve. If done at multiple BG levels or when BG isn’t stable it changes from a smooth curve to one that exagerates changes in parts of the range. With a G6 started with a code, more you calibrate it, the more distorted the curve becomes. You are more likely to get better results by stopping such a sensor, waiting 20 minutes and restarting it as if it were new, than calibrating it a 3rd time.

I’m hoping, but not counting on, the G7 being more reliable than the G6, and praying that Dexcom finds a way to protect them from transportation temperature extremes and a faster way of replacing the integrated sensors when they don’t work as they are supposed to, than the week it takes now.

I know about site unreliabilty. After 45 years of MDI half my abdomen is unreliable for infusion or monitoring, and since I’ve been losing weight my good sites are declining in number and quality.

Look up a paper (Google search, I do not have the URL) published in DIABETES TECHNOLOGY & THERAPEUTICS. Vol 20 Supplement 2, 2018,
“Preserving Skin Integrity with Chronic Device Use in Diabetes” by Laurel H Messer, Carl Berget, Christie Beatson, Sarit Polsky and Gregory Forlenza. Focused on skin impacts but some mention of underlying layers impacts of using these devices for a long time.

A Google search will return mostly pay-for-play sites to get more than the abstract.

You can download the PDF of the complete article here:
“DIABETES TECHNOLOGY & THERAPEUTICS Volume 20, Supplement 2, 2018”

The article is interesting, but lipodystrophy is an inevitable consequence of numerous and prolonged invasions of the skin layer. It is more likely to occur with the longer, thicker, flexible infusion cannulas than with short steel cannulas or thin CGM sensor wires. The only way to reduce its effect is to distribute it by site rotation over as large an area as possible.

This isn’t much help to older folks who did MDI using 27ga 12mm syringes for years. When I started MDI I was so lean that the only place I could inject without hitting muscle was a band across my abdomen.

The article contains an opinion that “lipohypertrophic tissue will likely not adversely affect pump or sensor performance”. That is only in a chronic glucose oversupply (growth) environment. Lab data shows that fat tends to become denser (more, smaller cells) if starved for glucose as with a weight loss diet. All new fat cells grow within a latice of protein that isn’t uniform, but has discontinuities from scarring and new blood vessel growth.