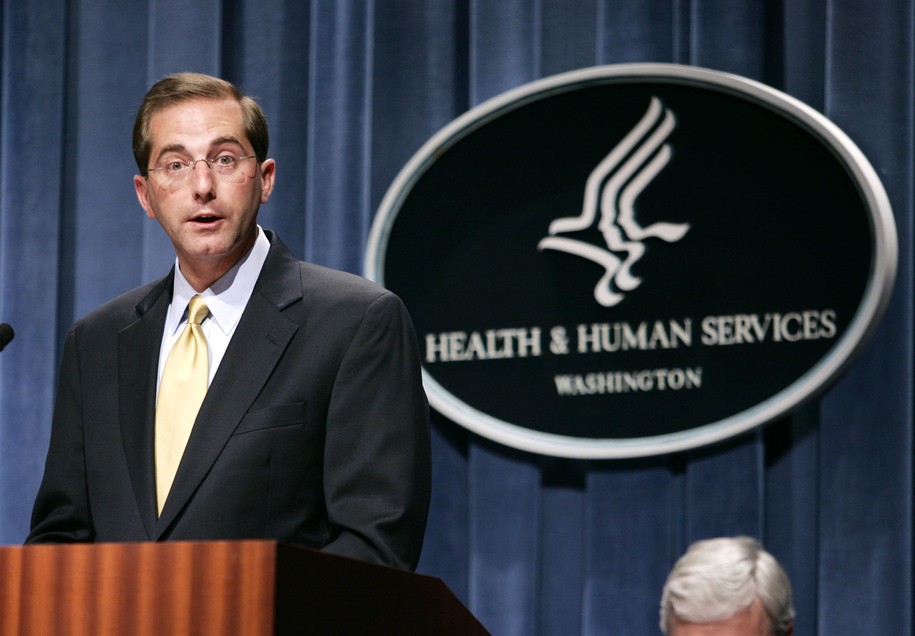 Nothing personal and please don’t take this the wrong way…but please keep politics and “the resistance” to yourselves. Some of us don’t visit this site for political topics. Your commentary just stirs people up and serves no useful purpose. Thank you.

Political motivations aside, this is news that affects every insulin user, at least potentially. (I don’t know about anyone else, but the escalating insulin prices are certainly doing me great harm.) Advocacy for the rights of diabetics is a traditional and legitimate use of DOC space.

However: it’s contrary to our values to demonize people, even at one remove. Please keep comments respectful—or at least neutral—and germane to the issue.

The thread that the original poster references may be political, but the issue this TuD thread raises does impact any person with diabetes in the US seeking to balance the cost of modern insulins with the family budget. Canadians and most of the rest of the industrialized world do not have this problem.

I know this can quickly degrade into polarized camps but how else can we, as a community, come to any kind of effective consensus without discussing politics?

I think if we try to keep comments germane and kind, we may end up moving our community forward.

The Thanksgiving holiday in the US brings together families around a festive dinner table. Many of us squirm, deflect, and do conversational acrobatics to keep the peace. Sometimes it gets old as the basic problem of access to insulin remains. How can we fix this without talking about it?

Those who want to get riled up about happenings in WA DC can use FB for that purpose. Making a big deal about national politics is stress inducing and risks creating anxiety and attitude challenges in people struggling with diabetes. We can bombard ourselves with news and opinions about politics elsewhere if we so choose.

I too, would like to see no politicking here. I get enough politics when I watch the news channels. PLEASE, let’s not get into back and forth about Trump this, and Trump that. Save it for some other sites. I don’t even like the incendiary title of the thread.

You and Dave are the Mods. Whatever you want.

It would be much easier to administer a “zero-tolerance” policy for politics in this venue. Is that preferable to a discussion that at least attempts to remain germane and kind, yet still address the huge reality of over-priced insulin?

overpriced insulin should not be described by the title of this thread, IMO. Insulin has been “overpriced” for many years. So has Lyrica, so has glucagon. So has homes in the Calif, so has jewerly (forever), so has perfume. I could go on…

folks,
i am a politician

they got the message about the ACA and 3 R’s bolted.

and now .back from the dead, they rived the legislation

its never dead, be ever vigilant

That site is stupid. The title “popular vote loser”.

Oh no of course not, no politics at all there.

How can you talk about diabetes and not cover politics. It is one of the more expensive things to treat and how it is paid for and what is covered has 100% to do with politics.

I agree individual politicians can be left out but politics can’t be. Even in places like England with a single payer system there are constant discussions of what to cover and what not to cover. Here when we toss in insurance companies it just gets more complicated but it still has to be discussed unless you want to ban insurance and have everyone pay for their own health care.

Daily Kos is the liberal antithesis of Fox news. It is certainly partisan. It is fine to discuss topics that affects our diabetes, even if it involves politics. We just need to be respectful of each other and remember that this forum is not a place to do political advocacy.

That being said, I have been concerned ever since this administration came in that the selections for key positions in the government have been given to people whose background and beliefs seem ill matched to their jobs. I am really not a fan of having key positions in DC be filled with a revolving door of corporations and lobbyists. In this case, even Bloomberg says “Industries traditionally don’t get to pick nominees to fill a president’s cabinet.” Note that Bloomberg is considered to have a slight liberal bias, but is pretty unbiased (not like Fox or Daily Kos). Even if Alex Azar is seen as a having an unseemly “Pharma Bro” track record coming from Lilly, he isn’t as bad as others who have been appointed. It is important to note that Azar did serve as deputy secretary of HHS under Bush, so he is at least experienced in a way that makes him qualified. I hope he fares better than Tom Price.

I’m not happy with what is happening in DC as it relates to my diabetes. I feel like there is a huge corruption of the entire system where companies are treated as people and humans, while also people, are treated as less worthy than corporations. Instead we simply see all these efforts to “Fill the Swamp.”

How can you talk about diabetes and not cover politics

You are correct that they are intertwined but blatant political talk should have no place in a diabetes forum. Daily KOS is a political action organization. This articles apparent purpose to to promote their agenda. Diabetes is to them a useful tool to make a point.

forget the source. as far as i am can tell, this issue was highlighted by Kos and no other outlet.

this is who this guy is, this is likely the things he will do.

as well there is a rider in the bill to reduce medicare by $25B. you will Congress make all kinds of moves on entitlement the day after this bill is signed.

the explosion of the debt and deficit is a clever way to attack entitlements, medicare, medicaid, SS. This is known a the ''backdoor entitlement reform" and is Ryan’s fetish from his grade school days.

most will recall the Tea Party and the relentless hue and cry of ‘debt and deficit’ , Now congress doesn’t care!.

if funding for NIH and Medicare/Medicaid is not an issue directly affecting diabetics then Bob’s ur uncle.

unfortunately diabetics can not afford to ignore this or hide behind user guides. This is happening ,

This will be an all out assault on MC/MC, medical research and the ACA.

forget the source. as far as i am can tell, this issue was highlighted by Kos and no other outlet.

Actually this is all over the news from the liberal as well as conservative media. And the recognition of this nomination being unseemly comes even from Politico which is considered an extreme right (pseudo) news source (even more to the right than Fox or Brietbart). Here is what they report:

On perhaps one of the biggest health care issues still facing the administration — drug prices — Azar is likely to break from Trump’s calls to crack down on the pharmaceutical industry and import drugs from other countries. Instead, he’s so far favored the more traditionally conservative, pharma-friendly position that emphasizes a broader look at what’s driving up health costs — and sidesteps a shakeup of the status quo.

carry on, folks, don’t mind me.

if funding for NIH and Medicare/Medicaid is not an issue directly affecting diabetics then Bob’s ur uncle.

I agree with you, Frog. At this particular moment in history, it is impossible to NOT discuss politics when discussing the needs of the diabetic community. We are one more pawn in all contemporary healthcare discussions—The Dread Pre-Existing Condition—Lucky Us…

We need to INFLUENCE politics, which will not happen if we don’t discuss politics-the politics of healthcare reform. The politics of pre-existing conditions, specifically. Where does Your representative stand, for instance, and are there things we might do individually and as a group that can contribute to better circumstances for all of us…And PS—I am just recently dependent on Medicare, so drastic cuts there will also be hurtful…I get it—I’m supposed to bring this up elsewhere—at sites designed for such discussions…sigh…

Okay…That said, I’ll retire to the back bench again…

didn’t mean to politicize this forum. the vote will be taken likely in next
30 days ACA repeal was derailed by constituents expressing their desires.

the same applies to this tax bill , which in many ways will influence
health care. however they have not explicitly revealed how health care will
be impacted because , unfortunately, their agenda could not pass if the
voters are fully informed.

once a DEBT of 100% of GDP is achieved, and of which this bill will set us
on that path , they will come after entitlements as the only way to get the
debt under control. Paul Ryan has said so on many occasions

there is a narrow window of time to contact ur Representative