Spring of 2015 I began having diabetic symptoms. I have family history on both sides and did not have the best diet. I had a baby six months earlier. I could not function after lunch. I could hardly make it to the bed. I would get so dizzy. Brain fog like you wouldn’t believe. At times I could not read. Began to have vision problems. Everything would be so bright. Had to turn the brightness down on my work computer as low as it would go. Had to pee all day long.
I was due for a check up anyway and asked for an a1c. My doctor knew my family history and went with it. But. it came back low. 4.5. I was taken back. After a year of changing my diet and checking my blood sugar almost daily, it is now 4.6. I had a small range of normal. When I do spike, I get symptomatic at 115. For my low’s, I get symptomatic around 70.
I am thinking about getting a continuous glucose monitor.
I was diagnosed with non diabetic hypoglycemia. Not much out there on this. Trying to keep my blood sugar level as much as possible. My primary is referring me to an edo.

Please let me know if I posted in the wrong spot. I just need somewhere to fit.

I am by no means an expert or medical professional. But I do have several people in my family with a similar issue. Sometime back I came here to TU and asked about this because my stepson was having severe lows. The overwhelming response that I got was that hypoglycemia is very often a precursor to type I. In fact, now that I have an understanding of how I feel when my blood sugar is low (type I and using a meter) I realize that I had hypoglycemic episodes going back as far as 40 years. They became more frequent the older I got. I was diagnosed type I at age 55.

Based on all of that I would recommend going forward with your plan to be seen by an Endo and have further tests. Also, the approach to hypoglycemia is the same as that of diabetes. The goal is stable blood sugar. Treating your lows with carbs only is like pouring gasoline on a fire. My sister-in-law is hypoglycemic and eats virtually the same type of diet that I do to manage it. I know there are also communities online for hypoglycemic support.

Most importantly, I also know that it is nothing to ignore.

Thanks for the reply. The endo should be in contact shortly to set up an appointment. My blood sugar got down to 40 today within two hour of eating my lunch. I am trying to stay on a diabetic diet. To keep my blood sugar as stable as possible. Its a learning curve for sure.

That is well within normal range, it doesn’t look like a blood sugar problem, I would seek out a DR. for how you feel.

Like Randy5 I also had what I now know was hypoglycemia in high school and maybe even before. I was diagnosed with Type 1 at age 24. I think hypoglycemia can also be a precursor to Type 2 with the pancreas dysfuntionally spitting out too much insulin. And I suspect hypoglycemia can end up being hypoglycemia.

Hopefully you’ll get some things figured out with the endo.

WOW, 40 is pretty low. How often has that happened for you and have you gone lower than that? I am curious about what you had for lunch. From what I understand about it most hyperglycemia is what they call “reactive”. The blood sugar drops in reaction to food intake. That sort of number has happened a couple times for me and it is very difficult for me to function. Low blood sugars like that can actually be more dangerous than high blood sugar’s. Make sure that you lay it all out clearly for the endo. It would probably be a good idea to keep a journal of food and glucose readings that you could give to him.

Here is a little hack that works for me when my blood sugar starts to drop. I always carry a small fun pack of peanut M&Ms. They provide enough sugar to turn around the drop and have some protein and fat to stabilize it for a bit. It works well for me, especially when I am out and about and don’t have access to my refrigerator.

I have heard that hypoglycemia can be precursor to diabetes. I suppose it makes sense, if Type 2 diabetes is, in part, caused by too much insulin, resulting in increased insulin resistance, it follows that any condition where there is a similar condition could lead to the same thing. Following a lower carb diet might help reduce the amount of insulin the body is producing – if it does, it’ll help the current condition and prevent or delay any escalation to diabetes – again, if this theory is right.

Hopefully when you get to see an endo, they’ll help you work it out.

40 is normal? i dont think so. im pretty sure not.

It’s not a theory. More carbs equals more insulin whether you injected or your body makes it. Here is how it works; you have hypoglycemic tendencies. You eat breakfast at the diner and have pancakes, bacon, hashbrowns and a fruit cup. Within an hour you are in a tailspin and crashing. You need a candy bar to bring up your glucose levels and you feel better. Until your body makes more insulin than it needs again and you start the cycle all over. This is just how it works. More carbs equals more insulin every time.

By the way, the diner breakfast thing actually happened to a family member. Before that they had no idea that they might have this issue. They found out at work about an hour after breakfast when they collapsed from low blood sugar.

Seeing 40 was a oh crap moment for sure. But not surprising. I’ve seen 34 before. I’m functional if I catch it and being it up. If I don’t catch it for a while I can’t function. Try food today was
6:30am coffee with heavy whipping cream
7:30 plain oatmeal and sausage
9:30 cheese snack
11:30 lunch. Hand full of whole wheat pasta with cheese, steamed shrimp and veggies
After lunch is when my problems start.
After 1 hour I was 119. Two hours I was 40.
Rest of the day has been good. Currently eating grilled pork chop with sweet potato. Will prolly share a bowl of oatmeal of something with my little girl before bed.

Holy cow! 119 to 40 in two hours is scary. Especially since you are not taking insulin. You are doing the right thing and cutting carbs, but for sure you need to see that endocrinologist. I’m just curious though. Have you ever taken a day or two and eliminated all starches and cuts carbs down to those in limited vegetation? Or even gone a couple days doing low-carb high-fat? I’m not necessarily recommending that you do this. I’m just curious as to the effect this might have on your blood sugar and the timeframe in which it drops.

It’s not a theory. More carbs equals more insulin whether you injected or your body makes it.

That, I realize - the “theory” part was that that specifically causes Type 2 diabetes - It might, or it might be yet another anecdotal association.

Wow @akmontgomery05, that’s a big, fast drop. In addition to what @Randy5 asked, I would even try to carefully watch a no-carb day, though you might have the same issue. Much to the chagrin (sometimes) of my doctors, I experiment almost constantly – no other way to see what does what, but certainly possible to get into tryounle,

How long before you get to see the endo?

This may seem like a non-sequitor, but there are non-diabetic reasons for all the symptoms of hypoglycemia to manifest, though I agree with all the advice you are getting in this thread…

A decade before my Diabetes dx, I was diagnosed with fibromyalgia…Most folks think of the pain, but there are a host of other symptoms, one of which is called “reactive hypoglycemia”…The symptoms are an exact match for what I have read here of the lows of a T1—from extreme cognitive difficulties and through the list… Now I have been able to test every minute or two through an “episode” of fibrofog, and in fact my blood sugar is usually in the completely normal range…

I realize this is different for you—your blood sugar numbers are definitely low. So all the advice to find an endo and figure it out is excellent!..Good luck…And keep us posted!

I Don’t know how long it will take to get me in. Had my appointment with my primary last Thursday. Got the rest of my labs back today. My primary is referring me now. She wanted all my labs back. We sat at her computer and typed up everything that has been happening. So hopefully it will be soon. @Randy5 I haven’t gone extreme low carb. But for the most part I do good. No obvious bad foods. Its just really hard cause I’m stuck in limbo. I’m not normal. But I’m not diabetic. I really really want a cgm.

Thanks for the reply! Yes, I’ve had moments of extreme brain fog. I couldn’t read or talk very well. I’ve heard of reactive hypoglycemia. I hope I can get into the endo soon.

40 is normal? i dont think so. im pretty sure not.

I was replying to the first post, I missed the 40 post. I would think the Dr is looking at reactive hypo with 40

first an insulin secreting tumor has to be ruled out.
A lot manage it with a very low carb diet, to keep the insulin release low, 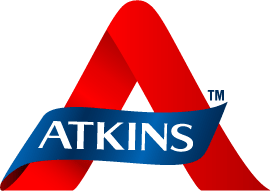 reactive hypo looks like a sugar crash only it goes too low. 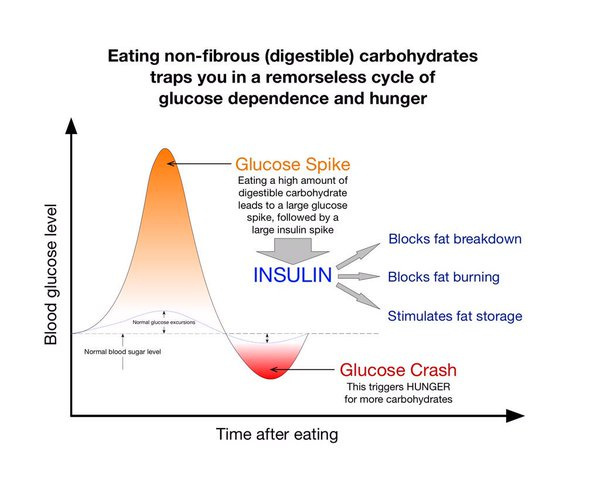