I spent the last week in Boston attending the ADA 75th Scientific Sessions with my colleagues. Over the next few days I’ll be sharing some of my reflections and impressions from this conference. My hope that the others who attended will also share. If you’ve got questions about the conference, ask them! I’ll see what I/we can do to answer them

After 16 hours of air travel I was greeted by the sign above. What a humble beginning…

I loved spending time with the DOC members and this two… Are the funniest!

I made a video…caution: you may get dizzy.

Corinna, it was great seeing you there. It is just too funny that you shared that photo. I just posted a [blog on some of my impressions][1] and what you didn’t say was that the sign was in baggage claim at Boston’s Logan airport. The first photo I showed was the same thing. Boston was covered in ADA signs.

ps. And if you note at the bottom of the sign is a “welcometroops.” What does that mean?
[1]: ADA Scientific Sessions for the Newbie

It was great seeing you too Brian.

I have the feeling this sign in baggage pick up was the beginning of ADA for a lot of people. After confirming it with a Google search I believe Welcome Troops is the USO at Boston Logan Airport. Not sure why they included that on the ADA sign. Perhaps they see us as veterans in the war on diabetesl

Aaaaa… I got dizzy

i did not get dizzy
i did not fly
hahaha

@mrmikelawson, thanks for being such a great roomie for the event. I had a great time. And I have to tell you I am such a heavy sleeper I didn’t even notice you doing that Linda Blair thing.

We walked on cobblestone streets, passed cannoli bakeries and Italian restaurants wafting garlic butter in the streets. Fresh air, blue skies, sunshine. They are all rare commodities at conferences. Usually days are spent in windowless rooms. If you’re lucky you get to spend your evening in a nice restaurant. Rarely do you get an opportunity to see any of the city you’ve traveled too.

The walk was an abbreviated version of The Freedom Trail. We stopped at the Paul Revere House, Old North Church, Old State House, and Faneuil Hall. Each place was striking in its beauty and scale–even when surrounded by skyscrapers.

At each stop we had a discussion question about life with diabetes. I’m paraphrasing…

The questions sparked some lively conversations. However the paradox did not escape me: even on The Freedom Trail we can never truly be free from managing diabetes in our lives.

It is also kind of funny that with all the walking you already do at ADA that you would then choose as an outing to do even more walking. I recorded 92,000 steps on my pedometer. One of my last stops I made for the week was Harvard Square. I walked up from Cambridge and took the following pictures before meeting my daughter and visiting some of Harvard’s museums. Note in the first picture the Curious George Store. This is the worlds only Curious George Store. 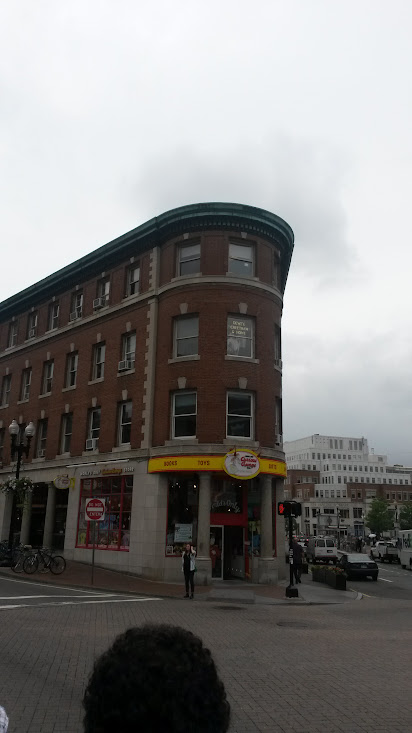 Now in the photo below you can see the offices of Dewey, Cheathem and Howe, the Chief Legal Counsel for Click and Clack. 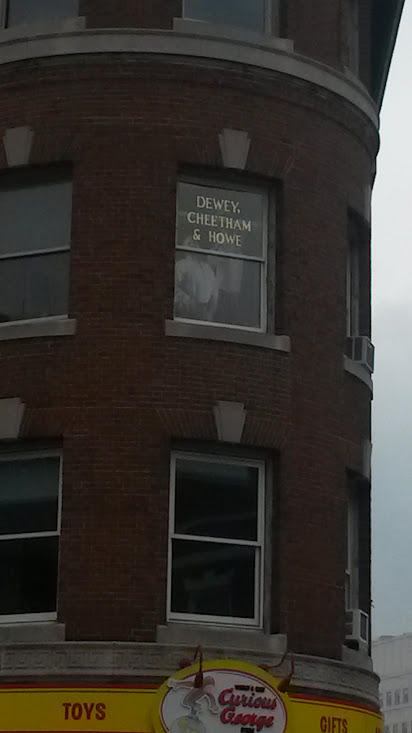 Absolutely hilarious … loved the link to their “staff”