Any Canadians here consider trading your healthcare system for America's?

Also again what about folks who have excellent insurance in the US, but have cancers for which the medical expenses are so high that they run out of coverage? 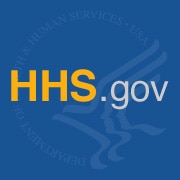 The current law prohibits health plans from putting annual and lifetime dollar limits on most benefits you receive.

Thanks Tim. Thanks Obamacare.

Canadians continually miss the point about the fact that, as in other socialized-medicine countries, the wait for services can be a killer. What part of “delayed treatment” do you folks not acknowledge?

Because this isn’t our experience for the most part. I’m not saying there are not delays that could and need to be improved, but if you need a life-saving procedure you will get it right away. We don’t have more people dying of cancer or other diseases because of wait times. In fact, I think we have better outcomes if you check the statistics. I’m not saying this is entirely because of our medical system, but if wait times were as serious as you are making them out to be we should have worse health outcomes. Again, Medicare is socialized medicine, I don’t know why you can’t understand that. You are benefiting from single-payer healthcare, and if you were under 65, had a terrible disease and didn’t have adequate health insurance, I don’t think you’d be so concerned about perceived wait times if Medicare was available for all. It doesn’t mean we are the best though, far from it. There are countries that use different systems with different mixes of public and private funding for providing universal coverage, including Singapore and Israel. Why not look to other countries and pick the best of each system, rather than just comparing your system to ours?

Did not Christ ask :" Am I not my brother’s keeper ?". The USA has 20 aircraft carriers even without considering the 100 fold increase in fire power this is more that in summer of 45. So there must be some collective will to spend lots and lots of money.

The USA has 20 aircraft carriers …

You may be thinking of some decades back when the numbers were higher.

Don’t get me started on military spending. My step-son is a P3 pilot who could curl your hair with first-hand accounts regarding the dangerous condition of those planes. They aren’t fit to fly, but are being flown anyway. Their replacement, the P8 is what I wish he were flying…

Not the newest of the aircraft but awesome for ground support missions !!!

@Dave44
Are the P-3 Orion and P-8 Poseidon aircraft both being flown in service now?

Are the P-3 Orion and P-8 Poseidon aircraft both being flown in service now?

Not in my experience. My waits in the US have been longer than in Canada. I had 2 medical emergencies in Canada. I went to the hospital, was immediately admitted - didn’t even make it to the waiting room in both cases (serious emergencies both of them which resulted in hospital stays of 10 days and 8 days respectively). I was in a bed, IVs hooked up, tests being done and medicine administered all within an hour of my arrival. My brother had an emergency - same experience. He ended up in life-saving surgery almost immediately. He stayed in hospital for 2 weeks in recovery. (No costs, btw, for either of us).

In the US one night the right side of my body went completely numb. My husband raced me to emergency at 11 pm - we left within 5 minutes of the symptoms appearing. They took my medical and insurance information first, verified it and then had me wait in the waiting room. About 2 hours later they took me into an examining room and put on a blood pressure cuff and took my blood pressure and temperature. At 4 pm my husband went looking for a nurse or anyone to find out what was going on because no one had been in to see me. A nurse came in, said she was busy with someone next door and left! At 5:30 someone came in, took my vitals and brought me a heated sheet because I was shaking with the cold. Shifts changed at 6 am and at 6:30 a doctor showed up. He examined me, immediately ordered a CT scan and said he suspected I had had a stroke. I had the scan and was admitted. The scan didn’t reveal anything so they scheduled me for an MRI that night at 8 pm. They read the results around noon the following day and said that there didn’t appear to be any damage and released me! MRIs taken 10 years later for nerve impingement in my neck showed a clear encapsulated area of damage from a pontine stroke that had happened a number of years before. It took 2 years for my body to stop being numb and the bottom of my right foot is still numb to this day.

Earlier this year I developed chest pain that didn’t go away. I called Insurance to get their permission to go to the hospital and after talking with their on call nurse for 20 minutes, got that permission. We got there around 11 pm. This time I did get x rays, blood work and an EKG done within the first hour and then was told to wait in the waiting room. 2 hours later they did more blood work. At 4 am my husband began complaining that no one had seen me for chest pain. The nurse said they were just waiting for a room. At 6:30 a Nurse Practitioner called me to a room. She reviewed my results and said it didn’t look like a heart attack but to go and see my cardiologist for a follow up and then I was discharged. I followed up with my cardiologist who ordered a nuclear stress test and echocardiogram which they scheduled 3 weeks later. On ongoing observation and blood pressure meds as a result.

So, in my experience - I would much prefer to experience Canada’s version of ‘delayed’ treatment than the US’s version of ‘timely’ treatment. Oh, for the first episode after insurance paid I received a totaled $5000 bill. The second episode, because I had approval from insurance to go to the hospital, they did cover 100%.

I submit that an illegal alien, if presenting with serious enough symptoms at an AMERICAN hospital ER, will ALSO get prompt treatment. this is why I get irritated when I hear politicians during a debate spouting all their homespun stories. There is a lot more to the overarching reality of things, than cherry-picked stories.

I submit that an illegal alien, if presenting with serious enough symptoms at an AMERICAN hospital ER, will ALSO get prompt treatment.

Prompt or not would depend on the hospital perhaps. As with most things, all hospitals are not the same.

But certainly any preferential treatment for emergency conditions based on citizenship status or ability to pay would be a major payday for a lawyer.

This has been the law since 1986. This is a US Federal law enforced via Federal payments. So any hospital “Emergency Department” that does not take any federal money (which would be just about zero) can ignore this.

The person may be transferred with informed consent which is appropriate depending on the service required and whether the ED/ER/Hospital is capable of such service. Specifically this law is to prevent and put an end to patient dumping from one hospital to another which previous to this 1986 law was an actual issue.

@Tim35 I remember those days when I was a kid at Kaiser. If a non member came in dying, they’d tell them to leave and find another hospital.

There really have been a lot of changes over the years.

ObamaCare is at the front of everybody’s mind (for better or for worse) because it was the most recent major change but there really have been lots and lots of changes over the years.

Technically sure. But they would never pay it.

The hospital would have the person apply for medical assistance before they left. The person would not even have to fill out the paperwork themselves. Somebody else would fill it out for them.

What happens from there would be different in different counties and states. Funding for non-insured persons comes from many different sources.

Who should get stuck with their bill? The taxpayers? There is absolutely no reason for anyone to not have insurance. The ACA has numerous plans that people can sign up for if they can’t afford insurance from the major carriers.

There is absolutely no reason for anyone to not have insurance.

Somebody can’t be bothered?

The paperwork is just too much?

The concept is confusing?

They have the funds but choose to spend them elsewhere?

It is just the reality.

If a bill is unpaid and no government assistance (local, state or federal) can be successfully applied for then the Hospital eats the cost. Which may or may not be the taxpayer depending on the type of Hospital.

The cost to the Hospital in the case of non-payment was the reason that patient dumping previously existed and hence the motivation for the 1986 law.

People without health insurance or the same idiots who drive without auto insurance. Completely irresponsible, and have no care in the world. When they plow into a car loaded with a family, they run away and the victims have to deal with it. Same with being uninsured for health care. Somebody else will be stuck with the bill. I guarantee you that all these uninsured people are running around $1500 iPhones in their pockets.

I am Canadian and have never had any poor issues with my healthcare and the care I receive. There are issues like wait times for surgeries which are not classified as a priority, but for the most part I have not had to pay extra for any medical services nor have I needed to supplement my income to pay for medical costs.

I do pay $120/month for Blue Cross coverage because it is non-group, but that covers 80% of all the costs of my insulin, blood pressure pills and statin medication. If I bonked my head or got into a car accident, I would be taken to Emergency and depending on the severity of my injury, I would likely be seen by a physician within 30 minutes at the most.

My mom is in her mid 80s and she slipped on the ice when she was out walking one winter day. She arrive in Emergency and was taken care of immediately. I arrived and pressured the nurses and doctors who were providing her care to give her some pain medication. Within 10 minutes she had some relief.

You do have to be proactive and sometimes assertive here when you’re receiving medical care, but research what you are experiencing and inform yourself about the best way to treat things. Ask your doctor about the alternatives.

They will almost always listen and do the research themselves, and you will likely be successful.