I’ve been going through a debate with my son’s endo about his low basal/bolus ratio…based on basal testing the ratios seemed clearly too high, but based on her tables, she thought his basal rate was too low. Now there’s a study out vindicating those of us with slightly lower basals:

The crux:
Basal/Bolus ratios should probably be closer to 30/70 or 40/60, rather than the 50/50 we’ve historically considered ideal. Which means people may have carbFs that are slightly too low.

I have scoffed at the whole idea of some fixed ratio of bolus to basal insulin each day. Some doctors even have their patients strive to produce this ratio.

In my opinion, this is complete idiocy. When I examine my ratio, it typically swings from 60%:40% to 40%:60%. Your body needs the insulin it needs when it needs it. Think about it. There is enough variability in one person’s daily needs when considering activity intensity, food variability, and hormonal swings that trying to arrive at an unchangeable golden ratio of basal to bolus insulin is a fool’s errand. Then when you consider the variability across any reasonably sized population, it appears even more foolish.

There are many formulas used to help people get started dosing insulin. They should be used simply as a place to get you into the right neighborhood and then, most importantly, tweaks then need to be made based on personal observation and experimentation. Diabetes is not a static disease! It moves dynamically and those that fail to move with it have little chance of maintaining reasonable blood glucose levels.

The best CDE I’ve ever had told me once “you need what you need” in relation to the basal/bolus ratio… there is no one perfect ratio for everyone. My ratio can change dramatically from day to day.

I’ve never paid any attention (I mean, none at all) to those “recommended” ratios. I’ve always determined dosages by empirical measurement: I observe what’s effective and what isn’t, and do what is. And it just so happens that my ratio works out to around 35/65.

This is just the latest in a seemingly endless series of demonstrations that one-size-fits-all has no place in the management of diabetes.

It all depends on what I am eating. Right now mine is 45 basal and 55 bolus.

I don’t think one ratio is always right, but I’ve noticed --for me-- my best controlled days approach 50/50. But I’m usually around 40/60. I still haven’t figured out WHY I need so much less basal insulin. For some reason, my lowest basal rates are late night and night (when I’m sleeping). My diabetes DOES vary.

I have never understood where the 50/50 idea came from or why it is supposed to be better.

I like the airplane analogy of basal. It’s the mechanism to keep your blood sugar steady. In the absence of other factors, it keeps the plane level. Then your bolus/carbs are used to make the plane go up and down. I also don’t understand the ratio concept. I may use way more bolus insulin one day because I eat more carbs. So, to keep my ratio correct, I would use more basal? Makes no sense.

I’ve always found that my son Eric’s blood sugars stay pretty stable when his basal is 42% and bolus 58%. The only time this isn’t true is when he’s in a growth spurt — and I can usually tell when that’s happening because his appetite and sleep patterns change. Then, 50/50 is what works, and I know when he’s coming out of it because we start getting overnight or early morning lows.

I treat the 50/50 rule as a good starting point for people new to the whole concept of balancing basal and bolus, but when I’m talking with people who want advice, I’m always careful to explain that it takes a certain amount of trial and error to figure out what split works best for them, because not everyone is the same. This seems like it ought to be common sense, but it doesn’t get transmitted nearly enough.

Your diabetes will vary.

At least for my daughter, her TDD goes down and her numbers are more within range the closer she approaches 50:50 basal:bolus. That is, when her T1D is behaving…

LOL yeah once in a blue moon… diabetes behaving, what a concept. Unless you mean “behaving… like a particularly mischievous and possibly demon-possessed kitten.”

Thankfully, my endo has never even mentioned a suggested basal/bolus ratio. He gave me starting numbers three years ago when I first went on MDI insulin. I’ve done all my own adjusting since, based upon the information in John Walsh’s Using Insulin and tests for both basal level and bolus ratios. Since I’ve consistently had an A1c under 6.0 and have never had a serious hypo, my endo has never questioned by ability to do my own calculations and make my own determination of how to handle most things.

I just checked my insulin use for the month of July, and it has been 26% basal to 74% bolus. During one summer when I was particularly active, it was closer to 20-80%. And during some months when I’m sleeping in more frequently and choose to put the insulin for my DP into my basal rather than taking care of it at the same time as my breakfast bolus, the ratio is closer to 30-70. This is based upon a diet which usually contains 120-150 grams carbohydrate daily.

Keep in mind, though, that I’m age 74. According to some of the references I’ve read, basal needs drop after age 65, often by about 30% from what they were for the same individual who is younger. I would think that bolus needs would drop, too, due to lower activity levels, but I haven’t seen anything about how much that would likely be.

Hmmm. Is “demon-possessed kitten” a redundant expression? Considering our youngest, I am inclined to think it is.

That’s interesting about the basal need dropping, @Uff_Da. I’m a few years behind you, though not all that much, and I seldom if ever approach 50-50. Interesting.

There are many people who think we all need to be on the same rates. Which as all of us in the trenches know is garbage. Some of these formulas work well for some and not so well for others. I think the only time we used those formulas was 25 years ago when I first started on a pump. It was a guideline to build on. And yes over the years, it has moved and changed and will continue to change. I am currently at 53% basal and 37% bolus and yes that doesn’t match because the other 10 is correction. My basal rates are in a major movement right now due to clinical trial, going off Victoza and hopefully going back on Victoza. But what works for me will probably not work for someone else.
Please go with what works. It will never fit the norms. Diabetes is all about finding what works for you. After 46 years, I’m still trying to find it.

I think the who 50/50 ratio might work for those same rare people for the sliding scale works well. If you have any kind of variability in your diet, OR if you are on a diet that seriously restricts carbs (or, for some reason is high in carbs), the basal/bolus ratio will be significantly different than 50/50. For me, as others have said, the ratio varies from one side to the other. For instance, on weekdays, I have been sticking to a fairly low-carb diet, so my basal is as much as double my bolus; but on some weekend days, I have a lot more carbs, and the ratio is almost exactly the opposite! As it turns out, over the course of a month or two, my basal/bolus ratio ends up fairly close to 50/50 – but I consider that more of a curiosity or coincidence than any sort of “success.” My diet has been even lower in carbs over the last month or so – i expect the ratio to be quite different.

Diabetes is NOT one-size-fits-all. Period. 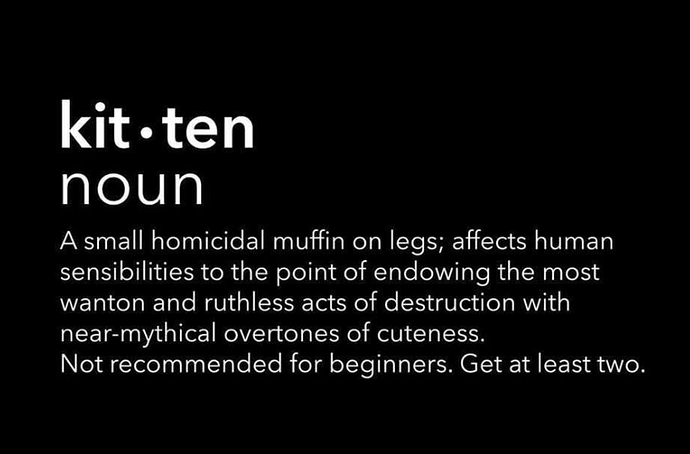 When a person is diag with t1 we usually work on .9 units per kg per day of total units of insulin and then make the basal value 25% of that then for bolus insulin we start them on an assumed sensitivity of 5 units per exchange (15 grams) of total daily food then titration from there . Which is why u are usually in hospital for 2-3 days, t2 on the other hand are insulin resistant and need 2-20 times the amount of insulin. Do not comment on uber stubs!

This system inserts letters at random, the word I used was stug try spelling it backwards lol ttfn