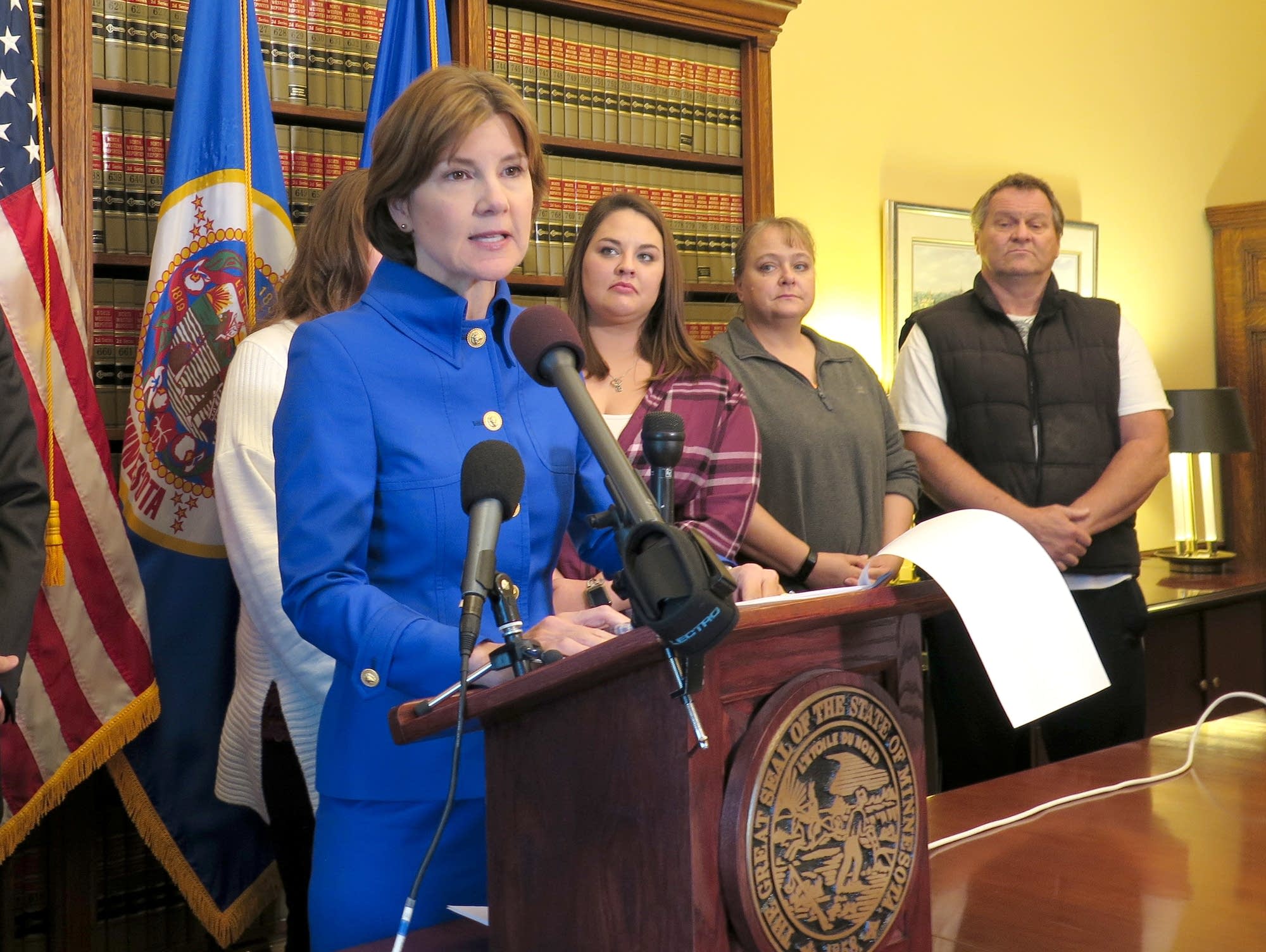 I do not think there is any debate this (ie - as the article states) is how it operates.

My thought is whether or not the practice is actually illegal.

This will be interesting…

I went immediately to the capitol when I heard.
I held a sign that said “Diabetics Love Lori” and danced like a fool for 2 hours, because thats how happy I was.
The police drove by and made fun of me on a loud speaker.
But, not even they could stop my excitement.
One of her aids drove by and invited me in.
I told them that if there was anything they need from us, they should not hesitate to ask.

I asked if she thought she could win (her term is up in 3 months.)
She said very matter-o-factually, that she didn’t tend to loose cases.

I think in addition to consumer fraud they should be sued for price fixing and collusion. Those are definitely illegal.

@Willow4 - That would require two or more of the drug manufacturers to be working together. This is quite difficult to prove in a court of law.

Given that the US Government is not supposed to be allowed to go on fishing expeditions, this would almost certainly require a whistle-blower from inside a company to first go to the Government with documents showing evidence of price collusion. The number of employees who would have access to such documents would of course be extremely small relative to the size of the company.

What the US Government has done is provide huge financial incentive for such whistle-blower action. A whistle-blower has the potential to reap a rewards of 10% (reportedly possible even up to 30% but I never heard of it going past 10%) of the funds recovered or saved. Obviously that is potentially huge. (Medicare, Medicaid, Military Tricare).

If anything like this was going on, you can be sure the companies involved would be well aware of the huge risk involved and would spare no expense to cover their tracks and do everything in their power to prevent anything as mentioned above from being likely to proceed.

I think these practices run rampant throughout corporations in the U.S. today. And government agencies close their eyes. Gasoline pricing, LP gas pricing, drugs, medical technology, etc. Animas abandoning the Americas in favor of their most aggressive competitor isn’t collusion? Ely Lilly discontinuing Ultra Lente just as Lantus appears on the market? There are tradeoffs being effected… abandon this and I will continue to allow you to sell something else or in another market. Call me paranoid but I have been seeing this type of activity everywhere. And no interest in any of it by regulatory agencies.

Remember EpiPen, Time? Did that ever get sorted out, or is it still in the courts? I feel certain they can prove manipulation of the markets leading to loss of life and limb. http://www.latimes.com/business/hiltzik/la-fi-hiltzik-mylan-malik-20171031-story.html

A similar approach could be used. In the article you post, it has the following: (quotes from the article below).

Point being in the EpiPen case as you mention, there is clearly illegal behavior being targeted. It then becomes a matter of proving whether that behavior actually happened but there is no question in terms of the legality.

However in the Minnesota AG / Insulin case, I don’t see where anything being claimed to have occurred is actually illegal? I could understand how certain states could have different laws of which certainly I would be unaware. But this case is being brought at the Federal level which means state laws are not in play - strictly Federal laws. I just don’t see which Federal laws are being broken. However this is only starting and it would be most unlikely for the AG to have shown everything - that would not be the way it works. So I think there is quite some time to go before we see how this starts to unfold.

It is required for there to be a Grand Jury indictment in order for this to move forward with charges of Fraud at the Federal level. Grand Juries indict everything (well 99.99% of Federal cases return with an indictment). Point being however that the actions of a Grand Jury are secret in terms of the prosecution and jurors. [So we will not hear anything as this moves forward in front of the Grand Jury - information will only become public after the Grand Jury returns with an indictment. This can be weeks, months or years. Each case is different.]
Witnesses however - they are almost never under a gag order so witnesses called to testify in front of a Federal Grand Jury are free to spill their guts about what they said, heard and/or saw during their time in front of the Federal Grand Jury. The witnesses are almost universally on the side of the prosecution as the defense is not allowed to present any case or have their side heard - which clearly is why an indictment is almost always returned because the Grand Jury only hears one side of the case. So the witnesses very rarely talk as they are on the side of the prosecution and do not want to say anything that might damage the case of the prosecution.

The states’ latest filing, describing the alleged price-fixing arrangements involving Heritage, Mylan, and other generics firms, bristles with references to conversations and email passing among the Heritage executives, Mylan’s Malik, and other executives. It’s heavily redacted, which suggests an effort to conceal some of the details provided by its sources.

According to the filing, Heritage and Mylan worked out a deal to divide the market for some drugs they both manufactured. When they were both solicited for bids to provide the drugs to certain wholesalers, for example, one or the other would fail to submit a bid or offer a price that it knew would be undercut by the other drug company.

The states allege that generics firms “socialized” competitors to price increases. This was done when one firm informed competitors of a proposed price increase for a drug, in order to secure their assurance that they would raise prices in tandem or agree not to go after the other’s customers.

The goal, according to the states, was to “allow each competitor to maintain its market share and avoid competition despite the price increases.”