Continuing the discussion from Hypoglycemia symptoms:

Hi guys I would like to share a news about a recent development done in the treatment of hypoglycemia a team of UCLA beginners has developed smart” insulin, they call it as known as I-insulin, which can prevent blood sugar levels from getting too low. The I-insulin lets glucose get into the cell but, controls the flow when the blood sugar is normal. This way you don’t have to monitor your blood sugar levels with a glucometer. So less chance of hypoglycemia.
This study is still in testing phase Source- https://www.myhealthyclick.com/smart-insulin-could-help-prevent-hypoglycemic-symptoms-in-diabetics/

Welcome to TUD @anon23174612, and thanks for posting this. I don’t know from “myhealthyclick” but googling on it it looks like legit research and I think deserves to be it’s own topic, since the one you’ve put it in now is kind of old.

Here’s a link to UCLA’s own news report: 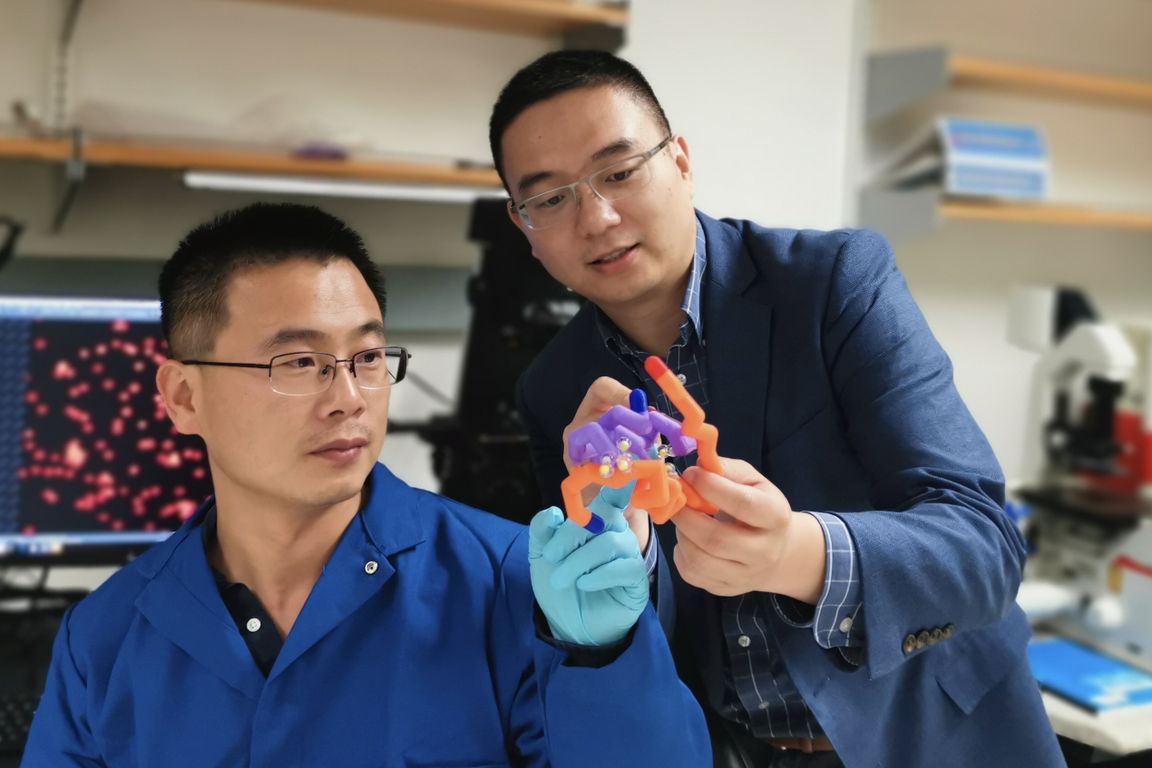 The development by a UCLA-led research team works to keep blood sugar at normal levels.

And here’s a link to the scientific paper in PNAS (subscription req’d):

Glucose-responsive insulin analogs or delivery systems are desirable for enhancing health and improving quality of life of people with diabetes. We describe here a simple strategy to engineer a long-acting insulin analog, which can establish an...

The smart insulin concept has been around for about 10 years or so. While this line of study appears promising, my enthusiasm is held in check since this effort has not even been fully tested using an animal model.

I hope for the best but I’ve read this narrative before. I am thrilled, however, that this challenge has drawn the interest of some smart researchers.

Yes, I saw some posts here from several years back, so I double-checked to make sure we weren’t linking to an old press release, but this research does appear to be current. Presumably that means it’s some advance over what’s already been done, but like you say, they haven’t gotten to the animal trial stage, so…

lol. u beat me to it (I was going to post that story too). very interesting.

Yes, I saw some posts here from several years back, so I double-checked to make sure we weren’t linking to an old press release, but this research does appear to be current.

My memory of earlier smart insulin studies is that researchers were experimenting with coating the insulin molecule with a substances that degraded in the presence of a certain level of glucose in the blood. If blood sugar was low, not much insulin was activated. When glucose started to rise more of the insulin was released from its inactive state due to the erosion of its glucose sensitive shell.

I seem to remember that the method under study was bought by a large pharmaceutical firm and things have gone quiet since then. Did big-pharma neutralize a market threatening idea or was this concept just not ready for prime time?

Here’s one resource that summarizes the current status of smart insulin.

It notes that, “Merck is the only company to advance to human trials. The trial failed, and the company is currently trying to advance a backup candidate.”

Did big-pharma neutralize a market threatening idea or was this concept just not ready for prime time?

My “wouldn’t put it past 'em” detector is tuned pretty high these days, but even so I think their market incentives are strongly in favor of finding new, patentable improvements on insulin, given that the older patents are starting to expire and they are already scrambling to fend off the threat of independently produced generics (by producing their own and still charging way too much for 'em). “No hypo” insulin would obviously be a huge benefit to everyone, taking one of the things that most makes a dx of T1 so scary off the table, and the profits therefrom would be commensurately huge, I would think.

Yep. If it ever happens which I’m guessing it won’t. We will still have to monitor for high bg too I think.

But it would be nice to know that one of the two issues with using insulin could be avoided; namely hypoglycemia. Maybe they could even include c-peptide.

I really doubt this will happen. I’m not sure what you mean about c peptide?

Yes, I know it’s not likely to happen (at least not in my lifetime), but it would be nice to have a natural hormone back in our system, now wouldn’t it?

I’m not sure what you mean about c peptide?

A peptide is a chain of two or more amino acids or proteins. When insulin is produced by the body, its precursor, called pro-insulin, is a structure of three peptide chains named A, B and C. In the last step that makes insulin from pro-insulin, the C-peptide chain is cut off.

Since this C peptide has a one to one correspondence with the amount of natively produced insulin, C-peptide can be measured in the blood and act as a faithful proxy for how much endogenous or natural insulin a body makes.

I’ve read some literature that contends that Mother Nature must have some useful function that C-peptide performs and they theorize that people with diabetes may suffer from a lack of C-peptide as well as the lack of insulin.

What do you mean “they theorize” and “may”?? of course we lack c-peptide. Medicare wants the c-peptide test to come back with a very low value in order to get coverage for a pump. I had no problem passing THAT test!

I’ve read some literature that contends that Mother Nature must have some useful function that C-peptide performs and they theorize that people with diabetes may suffer from a lack of C-peptide as well as the lack of insulin.

Here is an article that supports that.

C-peptide has long been thought to be an inert byproduct of insulin production, but it has become apparent, and accepted, that C-peptide has important biological properties. C-peptide displays beneficial effects in many tissues affected by diabetic...

I am still not sure why anyone would add c peptide. I do know what it is etc.

I do know what it is etc.

Sorry, I didn’t get that.