Game changer if or should I say when it happens… 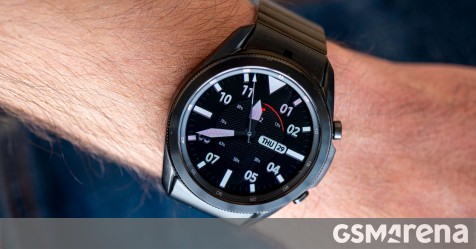 Blood sugar monitoring is expected to arrive to Apple and Samsung’s next...

The new smartwatch feature could let you check blood glucose levels without having to prick fingers.

It would be amazing but I’m not counting on this being anything good.

I do think Apple will try hard to make this work but the fact no one else has done it before isn’t filling me with confidence.

I do think Apple will try hard to make this work but the fact no one else has done it before isn’t filling me with confidence.

Lot’s of companies have tested this technology over the past 20 years, but not one has had the accuracy required by the FDA to be approved. I think you will find these watches to be better than nothing to alert a person that has no clue that they are diabetic to the fact that they are diabetic and need help, but not accurate enough for daily diabetes management.

Lot’s of companies have tested this technology over the past 20 years, but not one has had the accuracy required by the FDA to be approved.

I agree, although the article says this:

“The optical sensor gathers information from the wavelengths that are caused by the vibrations of a material when a laser light is scattered after hitting the material. The accuracy of this signal is what MIT and Samsung have been able to achieve.”

But it doesn’t specifically say accurate for dosing and MARD testing. May be fine for general trend and identifying pre-diabetes with spikes after meals or lows from exercise. But not accurate for insulin dose decisions and pump integration.

I do work with Ramen band testing on UV spectrometers.
It is a very good method and rock solid.
However the intensity of the light source and the fact that it needs to penetrate skin makes me think it can’t be terribly accurate.
In the laboratory, if dust gets on the lens, it will shift the detector. It will detect other elements and carry over is a big problem.
So I don’t know how this is possible in a tiny watch, however I’ll wait until it’s out to tear it apart.
I would love an accurate cgm that doesn’t require poking holes in me and sensors.

Unless they call the value generated something other than BG, these would have to undergo medical device testing. There are certain words/claims that are covered by FDA jurisdiction. However you make up a brand new term that doesn’t have any governmental oversight, and hope your marketing team is good enough to pursuade the public it’s the same thing without actually using any of the protected words.

Common example: Any device or consumable that claims to reduce fat or help you lose weight is protected by FDA jurisdiction. However, SIZE and APPEARANCE are not medical claims and anyone is free to throw out these references with abandon. “Reduces ugly stomach bulge.” “Take inches off your hips and thighs.” “Smooths the appearance of…” The people throwing their money at these manufacturers ASSUME the product can achieve the medical claim, even though they never actually made a medical claim.

So in theory, smart watch makers could call it something like a “sugar indicator”, that isn’t recognized as a medical claim, and evade the FDA all together.

OR, they could also go ahead and push the devices through the FDA and take on the added expense. Remember, the bar is set pretty low for glucometers. FDA allows 20% error in either direction. If a laboratory sample says you were 180 mg/dl at the time of testing, the watch could read anywhere from 144 to 216 mg/dl and still meet minimum criteria.

It’s not the accuracy we’ve come to expect, of course, but it’s good enough to put on the market.

I actually don’t what the criteria for ACE devices is, though. Do they expect a lower MARD before they can be used in pump automation? I doubt we’ll see any of the automated systems using this in the near future, though.

I have to agree with Chris. I have a Garmin Fenix 3HR and the heart rate function is not dependable. I bought this watch thinking I would be able to use it and not the chest strap when I ride and workout. The watch uses optical sensors for HR while the chest strap picks up electrical signals.

I read up on this Samsung and Apple CGM attempt. It uses an optical spectrum analysis type system. I can see it working sometimes and like the HR monitor sometimes not. I wouldn’t want my life to depend on it.

Well over a year ago, Tim Cook, CEO of Apple, was wearing a prototype detector built into an Apple Watch. Since I was wearing a fairly new one at the time, I was quite interested. But despite Cook’s pronouncements, after a couple weeks not much was heard of the device, and I suspect it turned out to be more difficult than they had predicted. (I guess this is the device Luis3 was describing).
There have been many tries at producing a non-invasive true BG tester–I participated in a brief trial of one such many years ago–but nothing has ever come to fruition. …Maybe next year!

Omg did anyone try the glucowatch?
Holy moly. You had to put a sensor on your wrist and it was absolutely as invasive as any cgm.
Then the watch went on top of it. And it tested you, I think ever 10 min. It’s been 20 years so I can’t really remember.
But what I can remember is that every 10 min it would electrocute me. Impossible to sleep with, and you could not exercise because sweat messed it up.
Add calibration every 8 hours and the you see why it failed miserably.

The Apple and Samsung watches use an optical sensor. I doubt it will be invasive or irritating. I do doubt the accuracy of such a method as the optical heart rate sensors are not particularly dependable. We shall see.

Edit: After wearing an Apple Watch 6 for a couple of weeks I find the HR so far very accurate. One thing I think is very important is to keep the back of the watch very clean. 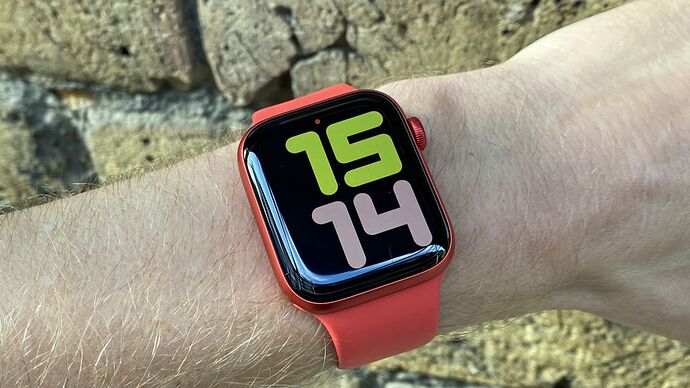 And blood pressure too

Does anyone know what technology Apple or Samsung will use in smartwatches to measure Glucose?
Is it Raman Spectroscopy ?

I use ramen spectroscopy, ina laboratory, it uses the ramen band of pure water to determine concentrations of various fluids.

The problem with it, it requires a very powerful light source and a ultra violet detector.

This also has to pass through your skin.

I have no idea how this would be done in a watch. I just can’t see it.

I think it’s more likely to be something other than that, unless there has been some breakthrough taht I don’t know about

Does anyone know what technology Apple or Samsung will use in smartwatches to measure Glucose?

This paragraph from the press release describes how the technology works.

The central and differentiating element of the sensing system is a non-invasive sensor module based on the Rockley platform’s spectroscopy technology. Unlike more common spectroscopy solutions, which use broad-spectrum light sources, Rockley’s sensor module generates a large number of discrete laser outputs from a single silicon chip covering a broad optical band. The sensor non-invasively probes beneath the skin to analyze blood, interstitial fluids, and various layers of the dermis for constituents and physical phenomena of interest. Such biomarkers have historically been measurable only by using bench-top equipment.

I know about bench top RP analyzers. They have very large out put. So much that if you skin were in the way, it would cut a hole in it.
If they have come up with a way to penetrate skin without harming it, and also dial down the energy by like 1000x
Then that would really be something exciting.
Even a small smudge on the emitter lens will throw the whole thing off. So skin, different thickness etc is a tough nut to crack

I just don’t see how, but I bet people didn’t see how insulin could keep us Alice 100 years ago.

Omg did anyone try the glucowatch

As featured (sorta) in the Jodie Foster film “Panic Room”! For years I thought it was totally b.s. made-up tech, until finding out it was an actual (failed) device. Painful to wear and left a mark. There’s an old thread about it here somewhere.

I was one of the unfortunate people to try the glucowatch.
My doctor offered it as a trial
It felt like I was being electrocuted every time it took a reading.
I would sort of cringe every 15 min when I knew it was going to taser me.
You couldn’t sweat with it on because the sensor part was taped to your wrist and if it got wet, it wouldn’t work.
It was completely inaccurate anyway.
We have come a long way.

The glucowatch has been talked about almost since this site was created. I first found mention of it in July 2007.

I’m wondering if anyone has experience with the glucowatch. It sounds wonderful (for the low low price of about $600) – a watch that non-invasively tests your glucose level every ten minutes for up to 13 hours. Unfortunately, it’s not recommended for anyone under age 7. But, if it’s as good as the brochure says, it would show trends and alert to “upcoming” lows etc… If nothing else, I’d like to think of it as a going-away-to-college gift for my daughter (except of course there will be a cure by …