I have a question regarding blood sugar after you eat. I have had type 1 for 38 years, and I do a before and 2 hours after. I was wondering what numbers people get at the after. I know the 180 or below. but I don’t like mine, so I am just curious. I do not have a cgm. I am just a finger pricker.

If I am above 140 at the two hour mark I correct and take notes to evaluate what I could have done differently.

Using my CGM has showed just how much a meal with fat in it raises my BG after the 2 hour mark, especially after supper. So a divided bolus and/or a correction is necessary. Sometimes a little extra exercise will get things headed back to into range a little more quickly than a correction bolus.

To me, testing two hours after a meal doesn’t really tell me anything except “look at that, eating makes my BG go up. Imagine that!”

I’ve already figured that out.

The 2 main diabetes challenges are keeping the fasting glucose <100 and the post eating glucose surges as low and short as possible. Can’t say I nailed it today when I spiked to 200 and overcorrected with bolus + aerobic hike and now in the 50’s despite turning the pump way down. Oops.
Does anyone have experience with exercise for a high sugar after eating?

Yes frequently an unexpected spike is what tips the scales towards whether I end up doing cardio exercises on a given day or not… Exercise can totally eliminate the need for an additional bolus correction, it’s a bit of black magic and a lot of luck involved though in timing how long after the meal it’s ok to hit the trail, the track, the bike etc…

I try but it depends on how high. My BS fluctuates too much. I have days where everything runs like a charm, and others where I play yo-you with my BS. but welcome to the alien world of the T1D’s. It’s spooky

The only time I feel a two hour test is meaningful is if I’ve taken enough insulin before my meal for both the meal and a later snack. Then the test will tell me if it is time to have the snack or if I should wait longer and allow my BG to drop further.

Since my BG will keep dropping for 4 or 5 hours after bolus and some meals are absorbed much faster than others, a correction for me at hour two would be dangerous. I never do a correction during the day until just prior to the next meal. In the evening I typically wait up a minimum of three hours from bolus (on Apidra) or four hours (on Humalog) or five hours (back when I was on Novolog) before correcting or daring to go to bed. I once had my BG drop another 59 points after the 4.5 hour point on Novolog.

Thanks, the reason they do a 2 hour for me, is based on my metabolism, and to verify I took enough. It is just one of those things (messed up metabolism). So 140 is the number I learned.

do you allow for a protein/fatty meal delaying the spike? the pizza effect. 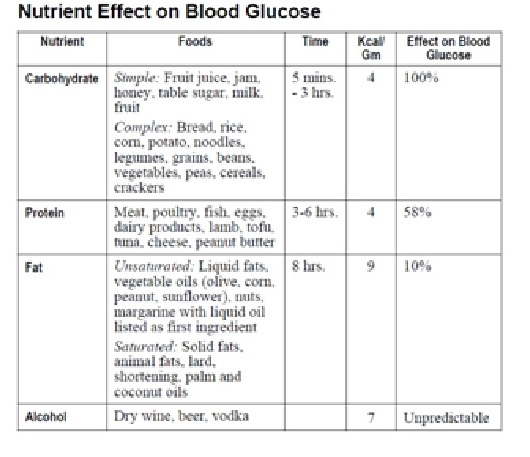 When I’ve got a post-prandial high going and IOB that seems to be stuck in idle a quick walk around the block really kicks the insulin into gear. Doesn’t have to be that much, just ten-fifteen minutes’ brisk walk will do it–or overdo it, sometimes. A little exercise goes a long way when you’ve got insulin on board.

i was diagnosed t1 as an adult and have read somewhere on this forum that we pwds diagnosed as adults usually have some beta cell function left to help us along.
i will always try to correct with exercise-brisk walk for 25 or 30 minutes and it usually brings my bg right down-thats faster than insulin for me. the only time i use the insulin to correct a post meal high is if is ridiculously high- like over 200-or if i am the week before my period because NOTHING will bring my bg down for that week.

[quote=“Scottyd, post:9, topic:54672, full:true”]
My BS fluctuates too much. I have days where everything runs like a charm, and others where I play yo-you with my BS.
[/quote].

To quote the great Gary Scheiner, “Sounds like diabetes to me.”

the week before my period because NOTHING will bring my bg down for that week.

At almost 14, my daughter just got her first period. For about 2 months prior, a TDD in the 100’s (keep in mind this is on the high end for a Type 1) wouldn’t keep her BG below 200 for more than about 4 out of 24 hours. Looks like I’m going to have to program in a whole separate basal profile for pre-menstrual days…

Exercise can totally eliminate the need for an additional bolus correction

I have three basal profiles: one for the week before a period (higher basals), one for the week of my period (lower basals) and one for the two remaining weeks. Of course it takes some experimentation to get the exact numbers (and within each I have different levels for different parts of a 24-hour stretch), but what really helped me figure this out was taking a birth control pill with a graduated amount of estradiol each week of the month. I no longer take that but the overall pattern remains similar. You can read more about the differential effects of estradiol and progesterone on BG (progesterone in particular lowers insulin sensitivity --> makes it necessary to up the insulin).

I have found that the 2 hour after rule for testing is a bit crude, considering the big differences there are in the release time of carbohydrates. If you eat a very high GI meal, like a plate of soft boiled spaghetti with meatballs and a side of a white roll, your blood sugar could spike already after an hour and be on the downslide after two hours. On the other hand, half a baked spaghetti squash and meatballs, being quite low GI, might not spike until three hours after you have eaten. So, my advice is go on testing at the two hour level but if you find that the result is a lot higher or lower than you expected, think about whether what I said above could have influenced the result. And if you don’t know what the GI or glycemic index value is, you will find lots of information if you google the term.