Before I was diagnosed, I had noticed quite a bit of tinnitus. I remember coming home from work, lying on the couch and just listening to the ringing in my ears. I started noticing it again recently, although not to the same extent as before. What does it mean?

I’ve googled it, and a lot of websites list diabetes as a cause of tinnitus, but do not explain how the relationship between blood sugars and the sound works. Do I hear the ringing when I am high, or rising? This is what I suspect.

Tinnitus is the perception of sound in the absence of corresponding external sound(s). Tinnitus can be perceived in one or both ears or in the head. It is usually described as an unpleasant noise, but in some patients it takes the form of a ringing, buzzing, hissing, humming, or whistling sound, or as ticking, clicking, roaring, tunes, songs, or beeping. It is estimated that 1 out of every 5 people experience some degree of tinnitus. Tinnitus is not itself a disease but an unwelcome symptom. It can be accompanied by audiometric evidence of deafness which occurs in association with both conductive and sensorineural hearing loss resulting from a range of underlying causes, including ear infections, foreign objects orwax in the ear, and injury from loud noises. Tinnitus is also a side-effect of some metabolic disorders, medications, and may also result from an abnormally low level of serotonin or high level of insulin. As mentioned above, some foods are found by some people to make their tinnitus worse. The inner ear, like the brain, is totally lacking in energy reserves. Its metabolism depends directly on the supply of oxygen and glucose from the blood supply. Alterations in glucose metabolism therefore have great potential for disturbing the workings of the inner ear. Because tinnitus is often defined as a subjective phenomenon, it is difficult to measure using objective tests. Although there is no specific cure for tinnitus, those affected can learn techniques to successfully manage their tinnitus to the point where it is no longer a problem for them.

Pessin AB, Martins RH, Pimenta Wde P, Simões AC, Marsiglia A, Amaral AV.
Departments of Otorhinolaryngology, Ophthalmology and Head and Neck Surgery, School of Medicine, São Paulo State University, Botucatu, Brazil.
OBJECTIVES: We performed a prospective clinical study of the cochleovestibular symptoms and the risk cofactors and characteristics of hearing loss in patients with type 1 diabetes. METHODS: Group 1 consisted of 40 patients with type 1 diabetes, and group 2 consisted of 20 control subjects without diabetes. All participants answered a questionnaire, and their medical records were reviewed. They also were submitted to otorhinolaryngological examinations and to auditory tests (pure tone audiometry and acoustic immitance and auditory brain stem response [ABR] tests). RESULTS: Dyslipidemia, hypertension, retinopathy, and diabetic neuropathy were not frequent in the patients of group 1, but incipient nephropathy was present in 47.5% of them. The most frequent cochleovestibular symptoms were tinnitus and hearing loss. Sensorineural hearing loss was found in 4 patients of group 1 and was predominantly bilateral, symmetric, and affecting the high frequencies, coexisting with normal vocal discrimination. These patients had a longer time from diabetes diagnosis and had poor glycemia control. A delay of ABR interpeak latency I-III was observed in 11.25% of the group 1 ears. All patients of group 2 presented normal audiograms and ABR tests.
CONCLUSIONS: In group 1, the most frequent cochleovestibular symptoms were tinnitus and hearing loss. The sensorineural hearing loss was mild, symmetric, and predominantly high-frequency. A delay of ABR interpeak latencies was detected in the patients of group 1 who had normal audiometric thresholds.
PMID: 18564534 [PubMed - indexed for MEDLINE]

Thanks for the info, Sohair. You always seem to be able to help me!

Ignore tinnitus,I learnt one thing Megan,if there is a minor problem,I ignore it.I suffer from bad migraine,when it starts,it is tinnitus,vertigo and feeling sick for days.I learnt by concentrating on positive thoughts,I always feel better.

Hello. I am a type 1 diabetic. Tinnitus started after Covid 19 and unfortunately it did not go away. I’m wondering this. Is tinnitus caused by covid 19 or diabetes?

I’ve had tinnitus my whole life. I remember it scared me as a young kid. I learned to ignore it. That was long before I was diagnosed with type1. I expect 15 years between when I noticed tinnitus and when I developed t1.
For me it’s a constant background high pitched hiss.

For me it’s a constant background high pitched hiss.

Same for me. Have you had a hearing test? My tinnitus is associated with moderate to severe hearing loss, which hearing aids help with a lot.

For me it’s a constant background high pitched hiss.

Same for me. But I don’t recall when it actually started. Maybe after 25-30 years T1D.

When I moved to cicada territory, it was weird how similar the sound was, but then the cicadas volume got much louder. At least the cicadas only appear in cycles, last one was 2 years ago.

I’ve had tinnitus off and on since I was a little kid. I didn’t get type 1 until I was an middle aged adult. Sometimes a high pitched whistle sound, and sometimes a white noise type sound. I thought it was normal, that everyone must be hearing it too. I guess that’s because I was so young I never thought to ask or question it. So it never bothered me? I was just used to it.

I understand it really can drive some people nuts. That’s probably when you get it later and you’ve never had it before. I’ve also heard covid can mess with peoples hearing, cause tinnitus etc All I can say is try not to let it bother you, try to learn to ignore it.

Here is a good article about it and covid potentially causing it. 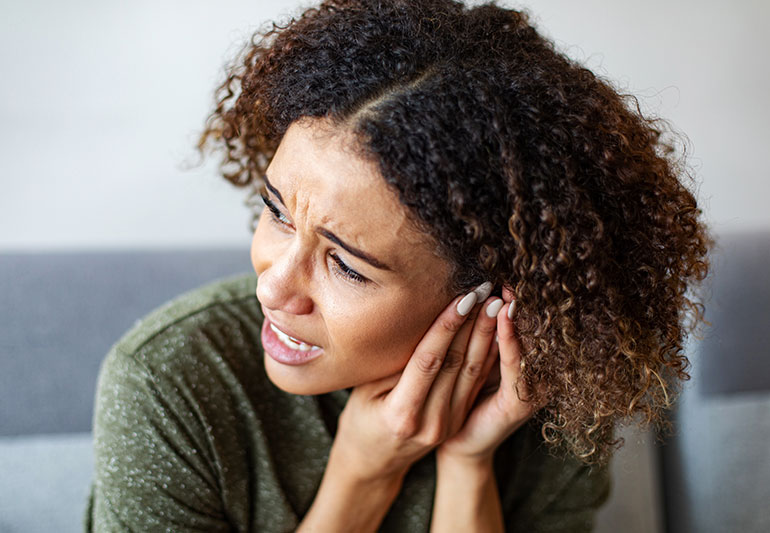 Can COVID-19 Cause Tinnitus?

Learn what the latest research has to say from an audiologist

I have had it for as long as I can remember. I can ignore it most of the time. My non diabetic husband has a horrible case of tinnitus which is impossible for him to ignore. His hearing is almost gone, but the roaring just gets worse.

I’m an audiologist - have you had your hearing tested? It sounds like covid is definitely causing hearing/tinnitus issues in patients.

For what it’s worth I have tinnitus and diabetes - I mostly attribute it to noise exposure when I was younger but am sure there is damage to the blood vessels in my cochlea due to higher glucose values when I was younger!